Midwest flooding: Up to 10 dead, with $1 billion estimated in damages

The flooding in the central United States has gotten very ugly 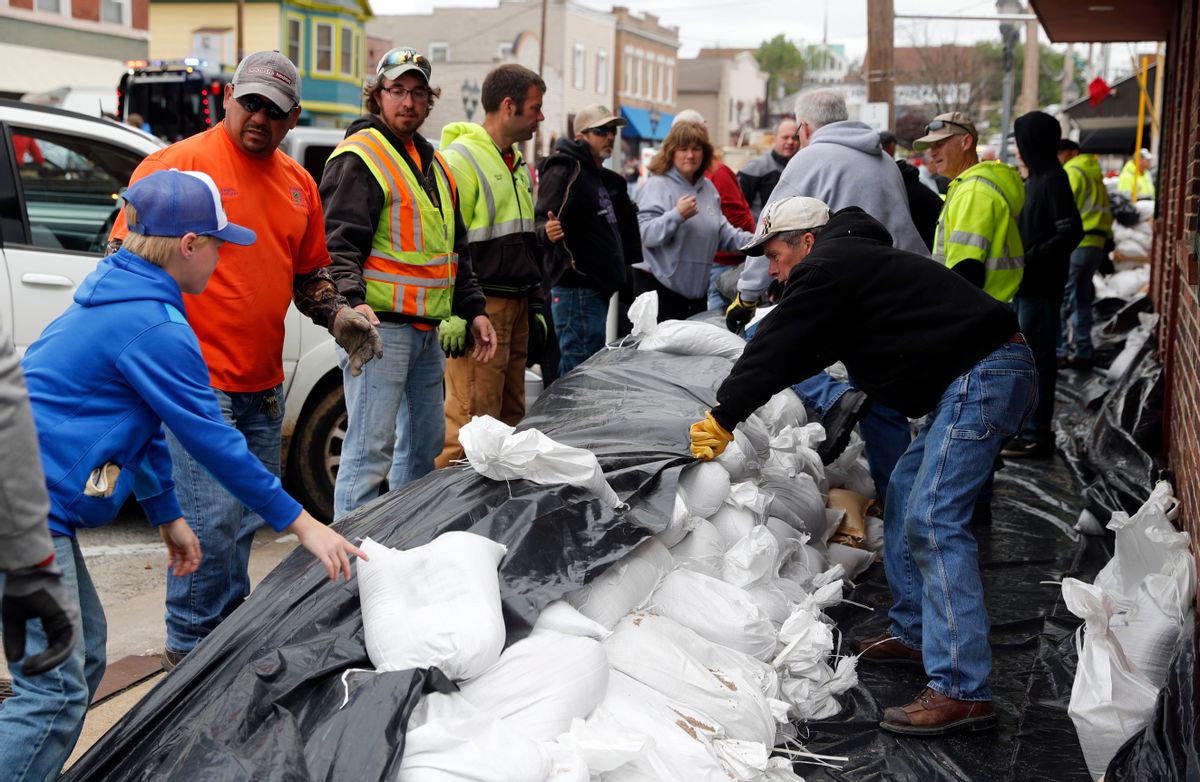 Flooding in the central United States has claimed as many as ten lives so far and will most likely cost in excess of $1 billion.

A 69-year-old man in Salem, Missouri, was found dead after he was swept up by floodwaters as he attempted to cross a flooded road, according to a report by the Associated Press. Five of those deaths have been from Missouri flooding alone, while an 18-month-old girl in Arkansas was swept away by floodwaters and is presumed dead.

Jon Erdman, a senior meteorologist at weather.com, told the site that nine flooding records have already been broken and he expects several more to be broken within the next few days.

"The Mississippi River at St. Louis is expected to reach a top five crest on record Saturday, about 12 feet above flood stage, just below the crest from January 2016," Erdman said. "The crest will continue to move downstream, reaching Cape Girardeau, Missouri, this weekend below the record from January 2016."

Meanwhile, the radio station KTTS reports that the floods may become the sixth American natural disaster of 2017 to cause at least $1 billion of damage (the site also adds Mississippi to the states impacted by the floodwaters). The other weather events that caused at least $1 billion of damage were three tornado outbreaks, a freeze in the Southeast, and flooding in California.