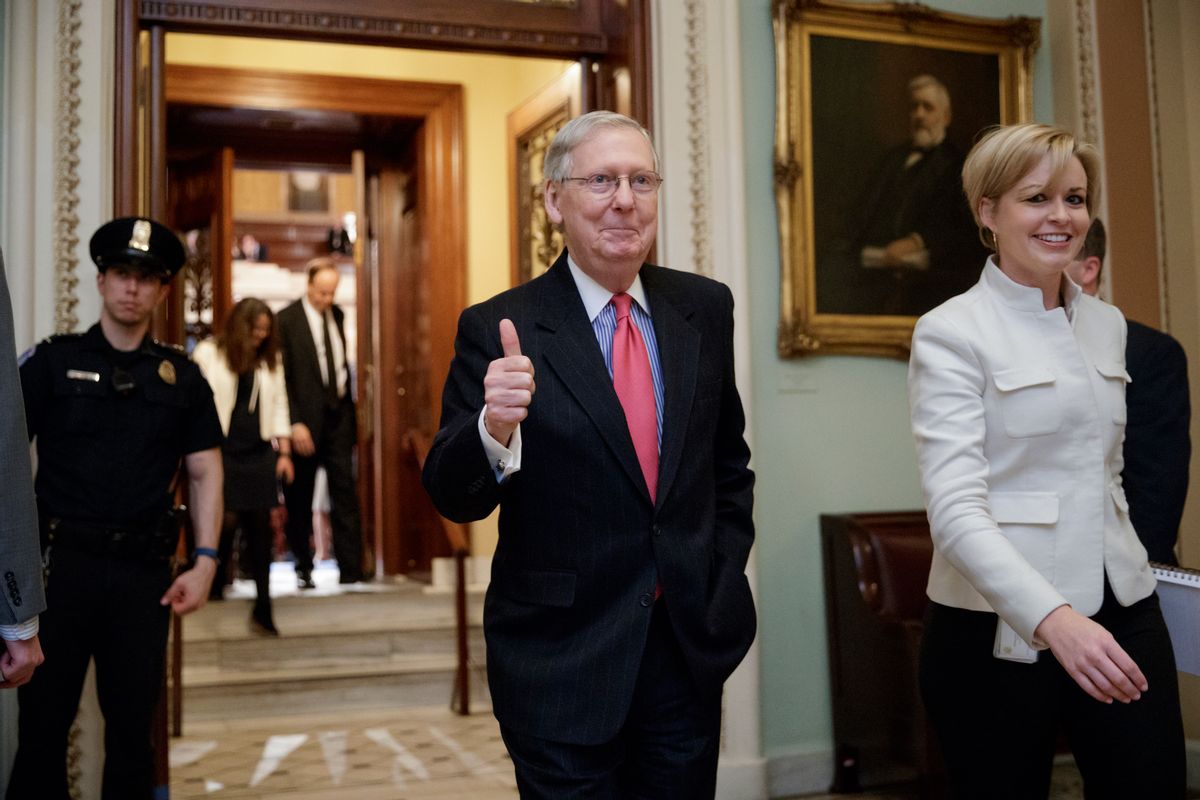 It seems that Senate Republicans realize that their counterparts in the House passed a bill that is absolutely terrible. This would explain why, despite House Republicans taking a victory lap at the White House on Thursday, their Senate colleagues are going to draft their own legislation.

A working group with 12 members, including the conservative Sen. John Cornyn of Texas, is going to write up a bill that will incorporate aspects of the House measure, according to a report by The Washington Examiner. Although Sen. Susan Collins of Maine, a moderate Republican, is reported to be a part of the discussions, she is not in the working group.

There is no timeline, Cornyn said, according to The Hill.

According to Cornyn, the purpose of the working committee is to "build a consensus among our conference and that is what the working group is designed to do. To get to a compromise we can agree to and then present it to the larger conference."

Sen. Roy Blunt of Missouri told The Examiner that "the safest thing to say is there will be a Senate bill, but it will look at what the House has done and see how much of that we can incorporate in a product that works for us in reconciliation."

Presumably the Senate's goal is to create a bill that will ultimately be acceptable to enough Republicans in both chambers of Congress.