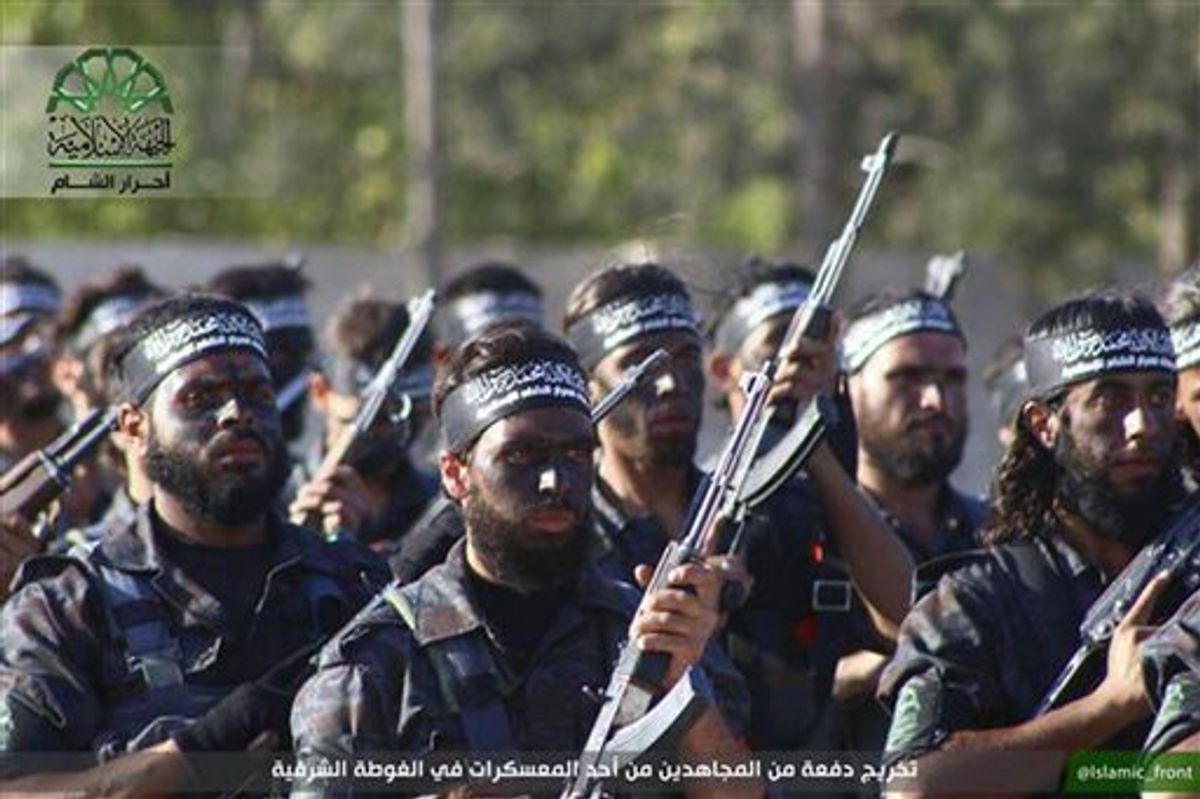 The Syrian Civil War has been raging for six years. It has killed nearly half a million people and left over 12 million, about half of Syria’s total population, without a home. A few weeks ago, a devastating chemical attack brought this conflict back into the center stage of global media.

Since fighting first erupted in March 2011, scholars, government officials, journalists and analysts have sought to explain it. Many have discussed the role of the Arab Spring, the attendant Arab Winter, Syria’s government, sectarianism and the rise of the Islamic State.

From my perspective as a historian of the Middle East, these factors, while important, ignore a key part of the story – Syria’s past.

A history of pluralism

On Nov. 11, 1918, French and British allies signed an armistice with Germany formally ending four years of devastating conflict. The following year, delegates from over 32 countries convened to negotiate the terms for peace.

For the Ottoman Empire, which had joined the losing side in the war, the relevant document was the Treaty of Sèvres, signed in 1920, that drew on a secret wartime agreement between Britain and France to carve up the Middle East. The treaty reduced the Ottoman Empire to a fraction of its size and distributed much of its territory among the victorious allies.

This process led to the creation of Palestine, Jordan, Iraq, Syria and Lebanon as new states or “mandates” under European control. Britain claimed Palestine, Jordan and Iraq, while Syria went to France. A few years later, Turkish nationalists succeeded in establishing an independent Republic of Turkey, but Britain and France maintained other states in the Middle East through World War II.

At the time the French took control of Syria, the territory already had a cohesive identity as well as a deeply rooted tradition of religious pluralism. Since ancient times, the contemporary states of Syria, Lebanon, Jordan and Israel all have been referred to as Syrian lands.

By the sixth century, many of this region’s inhabitants had adopted the Maronite faith, a form of eastern Christianity. In the following century, the Muslim leader Mu’awiya established Syria as the base of the powerful Umayyad caliphate and Islam came to have a stronghold in Syria.

Syria’s religious fabric grew even richer during the next few hundred years. First, Muslim separatists established Shi'ism in opposition to the Sunni, or orthodox, version of Islam. Over time, Shi'i Islam also split into multiple belief systems. In Syria, most Shi'ites are members of the Alawite sect. The 11th century witnessed the birth of the Druze faith, which grew out of Islam but became a distinct religion incorporating elements of Christianity, Islam and mysticism. Prior to the French occupation, these groups lived side by side in relative peace.

The development of religious rifts

The French mandate received a hostile reception in Syria. Many of its inhabitants had supported the allied war effort – approximately 600,000 died in the years between 1915 to 1918. They hoped to be rewarded with independence.

From 1925 to 1927, Syrians of multiple faiths, ethnicities and political ideals united against French rule, in what came to be known as the Great Syrian Revolt. Although the rebellion was ultimately crushed, it showed the French that their colonial subjects could put their differences aside to face a common enemy.

In order to prevent the development of nationalist sentiment and opposition, the French deliberately pitted Syria’s ethnic and religious groups against one another. They established separate states for each religious group: The Maronite Christians were given greater Lebanon, Alawites, the Alawite State on the coast of present-day Syria and the Druze – Jabal Druze, in southern Syria.

These groups were given authority over territory that was religiously heterogeneous. Greater Lebanon, for example, was designated as a Maronite Christian state, even though Maronites comprised only about 30 percent of the population.

The French also promoted sectarianism by periodically shifting borders and redistributing political support. First, around 1920, they divided Syria into the two separate states of Aleppo and Damascus. A few years later, they rejoined the Alawite State and Jabal Druze to the state of Syria. This frequent reshuffling ensured that their subjects would not have time to develop national loyalties.

French tactics so divided Syria’s constituents that only an iron fist could hold the country together. Following its independence in 1946, Syrian sectarianism filtered into politics and the military, triggering a series of military coups.

For the past 50 years, Syria’s government has been dominated by members of the Alawite sect, who represent less than 10 percent of its population. Its last two presidents, Hafez al-Assad and his son Bashar al-Assad, both Alawites, have collectively reigned for 47 years. But these leaders have done little to ease internal discord.

The war has engaged multiple factions organized along religious lines. At the start of the Syrian Civil War, Syria’s population was 74 percent Sunni Muslim, while Alawites and other Muslim minorities together constituted 13 percent. The remainder was 10 percent Christian and 3 percent Druze. By pitting groups against one another, the conflict is both reaffirming religious tensions and reshaping the religious landscape.

While Syria’s future is not possible to see, it will likely be much less diverse. The Syrian Civil War drags on precisely because of how much is at stake: Each group is fighting for the very right to exist.

In this difficult time, Syria could learn a lot from its past.