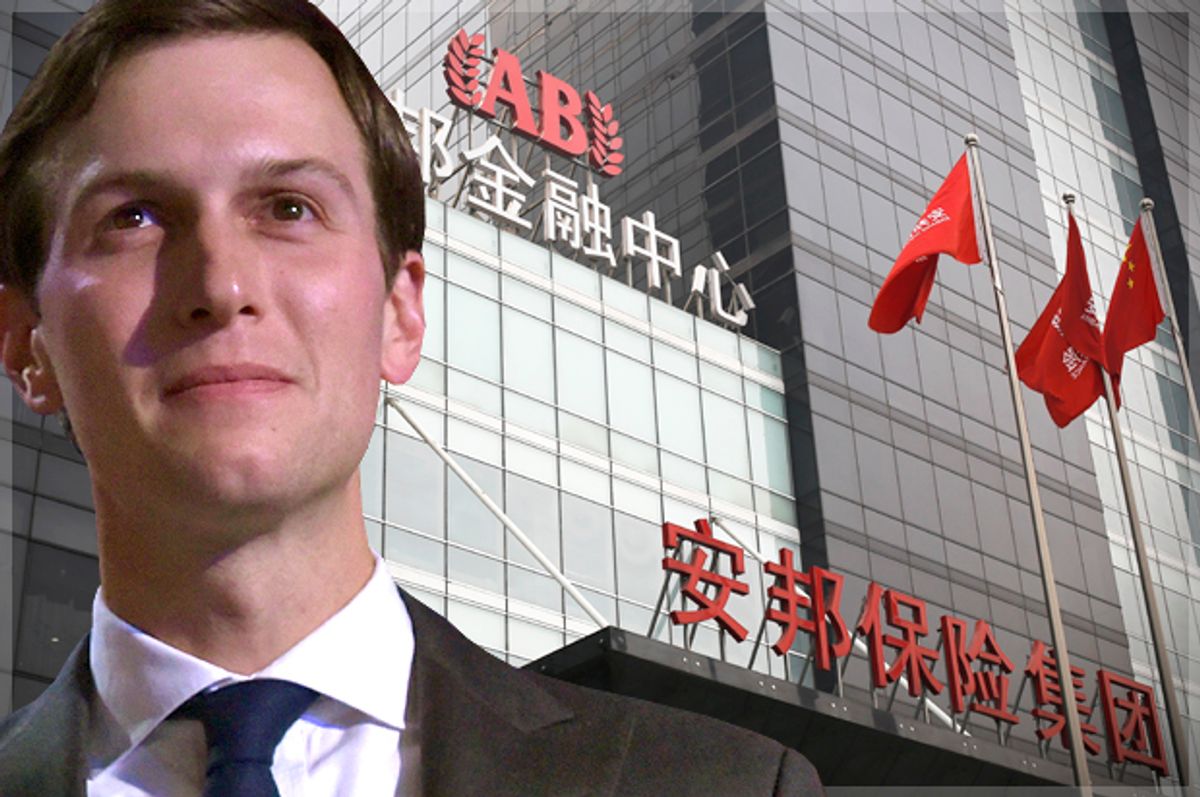 Reporters were prohibited from attending two publicly advertised events this weekend in China, that offered Chinese investors the chance to receive immigrant visas in exchange for putting money into a real estate project with ties to Jared Kushner, President Trump's son-in-law, according to Reuters.

"Sorry, this is a private event," a man preventing journalists from entering the event said at the Four Seasons Hotel in Shanghai on Sunday, according to Reuters.

The project is a two-tower luxury apartment complex in New Jersey known as One Journal Square, which is being developed by KABR Group and Kushner Companies, formerly head by Kushner who now serves as a senior White House adviser. On Saturday, Kushner's sister Nicole Kushner Meyer, to spoke at the event to room "full of wealthy Chinese investors in Beijing," and said the project “means a lot to me and my entire family,” according to the New York Times.

The developers made a pitch seeking $150 million from investors through the EB-5 visa program. The visa program grants a pathway to citizenship for wealthy foreigners, and their families, if they invest at least $500,000 in certain American development projects. Kushner's sister spoke again on Sunday for roughly 10 minutes and mentioned her family's "humble roots."

Despite removing himself, Kushner's ties to his company continue to receive skepticism.

He [Kushner] remains the beneficiary of a series of trusts that own his stakes in Kushner Companies properties and other investments, worth as much as $600 million, and probably more. Since his move into politics, he has divested his stakes in dozens of other entities used to hold the investments, although he has held on to the vast majority.

Mr. Kushner’s government ethics disclosure form shows he was a manager or president at six entities associated with the Jersey City project until January. He divested his stake in one of them, K One Journal Square LLC, in January. It is unclear what happened with the other entities.

Kushner sold his stake in Kushner Companies earlier this year to a family trust. According to his lawyer, the White House senior adviser has been in full compliance with ethics rules. “Mr. Kushner divested his interests in the One Journal Square project by selling them to a family trust that he is not a beneficiary of, a mechanism suggested by the Office of Government Ethics,” Blake Roberts, an attorney advising Kushner on ethics rules told the New York Times.

The EB-5 visa program has been criticized by politicians from both parties. Lawmakers have said that the program basically sells citizenship to foreign investors that are able to afford it, according to CNN. Investors were encouraged to act quickly, because President Trump may soon change the way certain visa programs function.

"The program has been labeled “U.S. citizenship for sale,” and it has come under scrutiny after a series of fraud and abuse scandals. Watchdogs have noted the program’s lax safeguards against illicit sources of money," The Times reported. In the past, immigrants have lost their money and their chances of U.S. citizenship after programs have been misrepresented by promoters from both inside and outside of the country.