Flying solo: Traveling alone doesn't have to be lonely - it can be magical 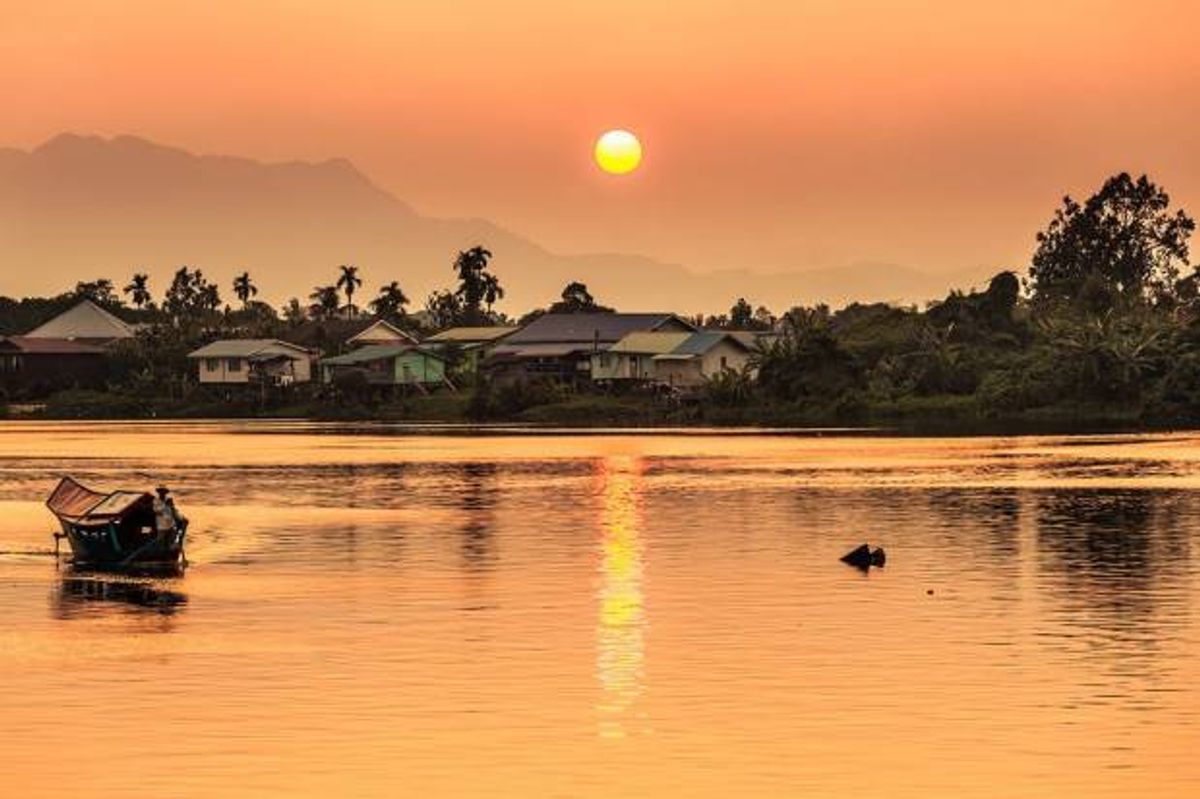 This article originally appeared on Tasting Table, a website for savvy food and drink enthusiasts.

The smell of sun-baked fish and motor oil hit me before we got to the water. Meandering through the shanty backstreets of a tiny town called Sekinchan in Malaysia, I was in a car with Wilson, a total stranger and my current best friend, on the search for piles of freshly caught shrimp and mantis prawns. We rounded the corner between rows of stilted structures, standing only thanks to a little sheet metal and a lot of prayer.

Just six weeks earlier, I was in the back of a yellow cab with a few suitcases filled with whatever was left of my Manhattan life and an everything bagel with lox and cream cheese—my last meal in a city that had both nourished and starved my soul for nearly a decade. I traded my apartment, my business and my dog for a one-way ticket to Kuala Lumpur, Malaysia, in hopes of finally putting an end to what can only be described as an eight-year bender with New York City. And now, in a strange car in a strange place with a strange person, I was finally emerging from my Manhattan hangover.

RELATED   The Travel Secret We Wish We'd Known All Along »

“But can you take the Malaysian food?” Wilson stopped the car in front of Lee Chuan Fishery and looked at me, visibly concerned.

As the only guest staying in his hostel, located literally on top of a rice paddy, and as the first Western person to ever book a room, I was clearly an enigma to my new friend. A few hours earlier, I had wandered into the Padi Box, drenched in sweat and covered in dust, after my bus driver had dropped me off in the middle of town, three kilometers away.

Advertisement:
“Is it too much for a foreigner’s stomach?” Wilson asked. “I think many foreigners cannot take our food.”

The this wasn’t the fish balls and shellfish that we were about to eat. Though the tender tail of the mantis prawn that tastes intensely of shrimp with the tenderness of lobster spoke to my heart—I am a professional chef, after all—the this was freedom from the plan.

It was the feeling of being somewhere in the world where no one knew where I was or who I was. The existence of Google Maps basically eliminates the age-old issue of “getting lost,” so even when your bus driver drops you off three kilometers in the wrong direction, somewhere you've never been, you can usually still find your way.

Sekinchan had not been part of my plan. But it quickly became clear to me that it was the antidote.

Wilson led me through the unmarked entrance, and we emerged on the docks, greeted by rusted fishing boats and tanks of wiggling fish and crawling crustaceans. A man named Lee Chuan sat on a sunken couch in the corner, shirtless and puffing a cigarette. He acknowledged our presence with a grunt and a wave in the general direction of his morning catch. Wilson and I went to work pointing at what would become our dinner: half a dozen oysters, a few mantis prawns, jumbo shrimp, some sort of flat fish—all to be given just a flash of heat before getting served alongside citrus and hot sauce.

We sat on the dock and cracked open a large Tiger beer—a treat for Wilson, a Chinese descendant living in a Muslim country. As plate after plate arrived, the sun set over the rusted fishing vessels, and I thought of my previous travels, when I found I was always connected to New York City by some invisible thread that seemed to emerge from my shoulder blades and anchored back in Grand Central Terminal. Wherever I went in the world, the thread unraveled and tightened with the distance, but it was always there.

Here, though, for the first time in my life, no one knew where I was or who I was. While the group I had originally planned to travel with checked off tourist destinations and found the best local bar, I reveled in the fact that no one could find me. The person who emerged out of the past 10 years, she didn’t exist in this place. Finally, there wasn’t anywhere to be. No deadlines to meet. No one to impress. It was just me, my new friend and the sea.

Pack your passport—and an appetite—as we hit the world's hottest culinary destinations on and off the grid all month long. Now Boarding: your next trip to paradise.