Pollution from Canada’s oil sands may be underreported 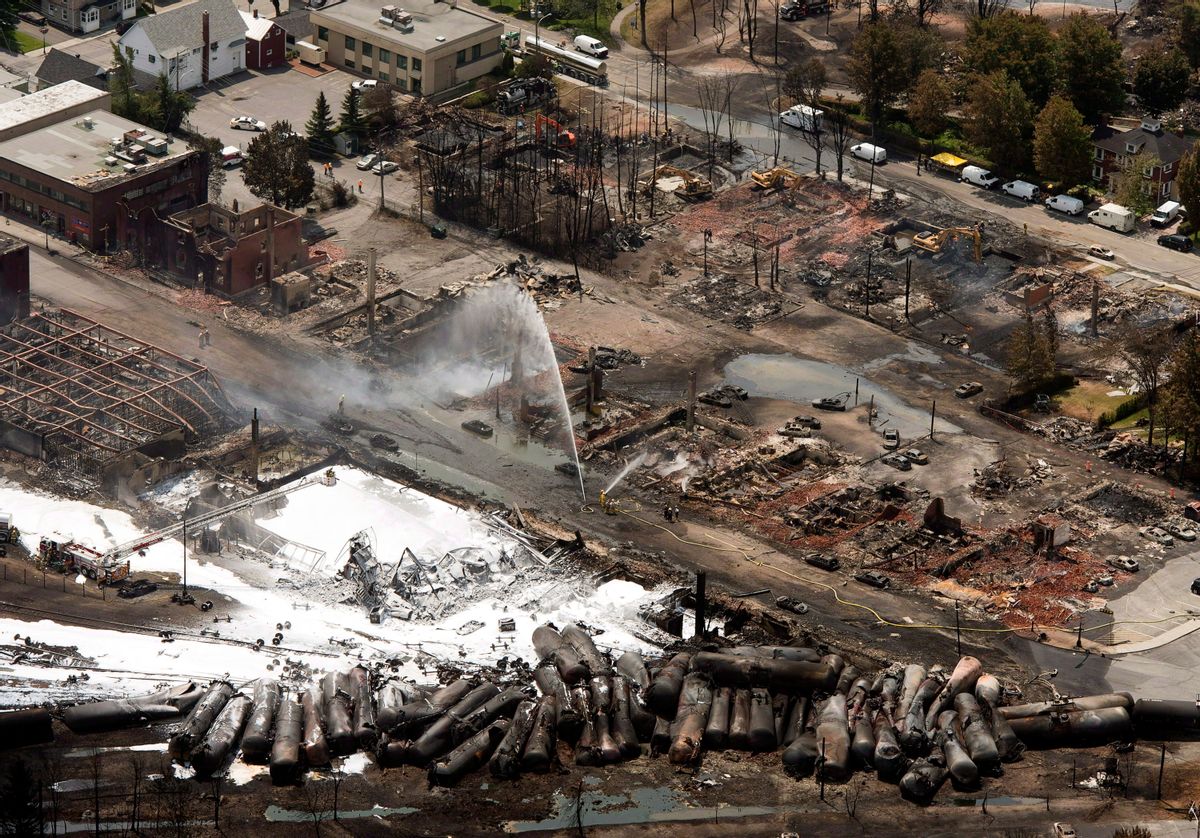 Canadian scientists have found that the standard way of tallying air and climate pollution from Alberta’s oil sands vastly understates pollution levels there — by as much as 4.5 times, according to a Canadian government study published Monday.

The study shows that air samples collected using aircraft may be a more accurate way to tally air and climate pollution from oil and gas production than using industry estimates.

Accurate accounting of the oil and gas industry’s pollution is critical for scientists to understand how fossil fuel production affects the climate and to find ways to cut the pollution to address air quality and climate change, said Allen Robinson, director of the EPA-funded Center for Air, Climate and Energy Solutions at Carnegie Mellon University, who is unaffiliated with the study.

Both the U.S. and Canadian governments rely on energy companies’ self-reported emissions estimates in order to count all the pollution from oil and gas operations. Few actual pollution measurements are taken.

If official tallies underestimate the actual emissions, climate models will likewise underestimate the extent to which fossil fuel pollution is contributing to climate change, Robinson said. The Canadian research shows that the energy industry has been underreporting its emissions and it highlights the challenges the industry faces in accurately estimating emissions from very complex equipment.

Scientists in both the U.S. and Canada have found that measuring greenhouse gases and other kinds of air pollution using satellites or air samples gathered from airplanes paints a vastly different picture of fossil fuel emissions than those reported by government environmental agencies.

Another study, conducted by Harvard University researchers, used air samples gathered from towers and airplanes to show that methane emissions from various sources in southern states are five times higher than EPA estimates.

The Canadian research team measured emissions of volatile organic compounds, or VOCs, in the air above oil sands operations in Alberta. VOCs, most of which are not greenhouse gases, have an indirect effect on the climate. They produce ozone, which is a greenhouse gas and can harm human health.

Study lead author Shao-Meng Li, a senior research scientist for Environment and Climate Change Canada, said VOC pollution from the oil sands, which are among the most polluting forms of fossil fuels on earth, comes from many different industrial sources. Companies may be unaware of some small leaks that together may add up to a large amount of pollution.

The team found that VOC emissions rates from oil sands production were between 2 and 4.5 times the levels companies reported, depending on the location.

Companies report estimates of their emissions based on how much pollution leakage is expected from their oil and gas equipment. It’s technologically difficult to determine emission rates from some oil and gas facilities and equipment, especially in the oil sands, Li said.

Eric Kort, a climate and space sciences engineering professor at the University of Michigan-Ann Arbor, said the research highlights how difficult it is for emissions to be accurately counted because it’s difficult to for companies to find leaks in their equipment.

“This has particular resonance with methane, where emissions have proven challenging to accurately estimate with inventories,” said Kort, who is unaffiliated with the study.

Li said methane, which is also a VOC, was not included in the paper’s results. His team is working on a separate analysis of oil sands greenhouse gas emissions.