Director Stephen Cone opens up about his remarkable new film, his process and the lure of tragedy 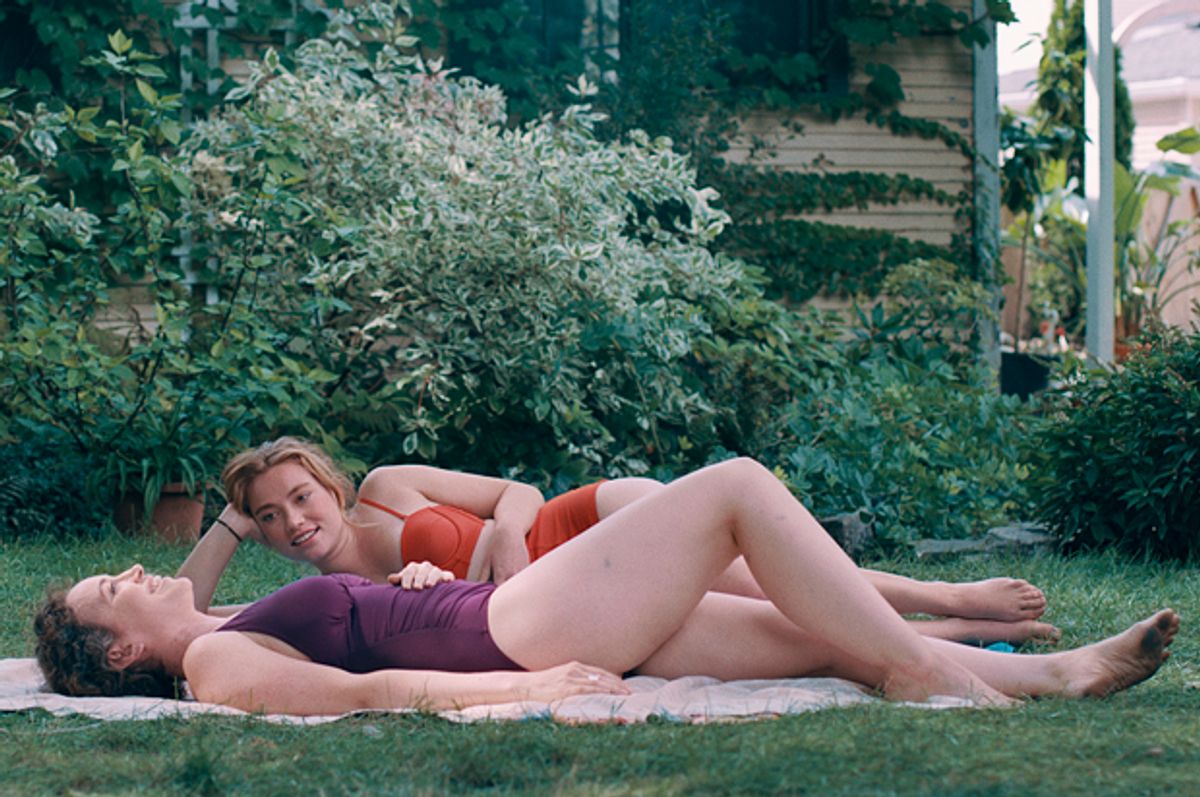 Director Stephen Cone's beautiful, intimate drama “Princess Cyd” packs in quite a bit more than your typical coming-of-age story. Arriving with a tragic backstory pinned to the 911 call that opens the film, its titular teenager (Jessie Pinnick) moves in with her aunt Miranda (Rebecca Spencer), a writer. Cyd, who insists she doesn’t read, soon develops a fascination with Miranda and her coterie of friends as well as a budding romance with the gender nonconforming Katie (Malic White). A scene when Cyd and Katie dance is both tender and unexpected.

And yet, for all that, "Princess Cyd" forces nothing. Instead, it slowly seduces the viewer. Cone's characters work their magic on the audience and one another. It's a remarkable show of restraint and a triumph of the power of character over that of conventional narratives.

Salon talked to Cone about “Princess Cyd” — which had its world premiere at the recent Maryland Film Festival — as well how he developed his compelling cinematic style, his fascination with 911 calls and what gives him fulfillment.

Let me ask you a question Cyd asks Miranda in the film: Where do your ideas come from?

[Laughs.] That’s funny. They never come from stories. It tends to be a flash — like bodies in a space or place — a spiritual dynamic that feels evocative. I get a mood or a vibe. So this film was about a spiritually minded middle-aged woman and an earthy teen sharing four walls.

Yes, your film eschews dramatic tension in favor of character development. Can you talk about that approach?

I’m not always conscious of there not being any dramatic tension. I don’t think overtly about being extremely subtle. The kitchen scene is a good example. We thought, This is enough. My taste in films and stories is if I’m sensing narrative consciously, I’m turned off. I don’t want to see the story construction.

I’m increasingly obsessed with momentum and rhythmically moving forward — scenes and dialogue reveal character. I flirt with a narrative structure. Originally I had a party and hangout scenes for Cyd, but I ultimately cut her backstory. There is a flash to her dad in the film, but I wanted to limit info rather than try to reveal too much about teen life. I don’t regret the setup. We didn’t need anything beyond her playing soccer.

You have now made three films about queer youth in a row. Was that deliberate?

I have no overt interest in coming-of-age films or interest in teens politically or socially. If someone told me 10 years ago that I’d be making a series of coming-of-age movies, I wouldn’t have believed them. They are not what I sit down to watch. My interest is in figuring out where identity comes from and the shifts in people.

“Princess Cyd” may be your most sexually explicit film. Can you talk about that element in your work?

It comes from my interest in bodies, which is linked to my own upbringing [by a father who was a pastor]. When did I learn what purpose a body should serve, and how did I figure it out? My films may be about youth, but they are always placed in the context of middle-aged people.

This film opened a window for me. I saw an opportunity to do something positive and sexual, with liberal and progressive characters — forward-thinking people. It was a shift in my work from conservative Christian characters to more progressive characters. I do regret Miranda is not more articulate in her faith. I should have had a scene of her praying.

What is your fascination with 911 calls?

I don’t know where that comes from. I’ve been fortunate to not have experienced tragedy. So I’m moved by these stories of people near death who rise up after. There’s a weird world of recordings of people dying on YouTube. It’s awfully interesting in the way back in the 1980s and 1990s “Faces of Death” was. It’s mainstream, not forbidden, to listen and watch tragedy and engage in [it] in this complicated way. They are fascinating and interesting. I am taken by sudden and drastic tragedy in lives of young people who go on to survive.

I know very little about your personal life. Can you talk about that?

You are asking the questions the characters ask in the movie! I have a very work-oriented life, a one-track mind. Romantic relationships are not a priority. I’ve only had two long-term relationships in my life. Both were two and half years. One was with a man, and one was with a woman. Basically I work and teach. I love making movies. I’m a slow learner. It's taken me a decade to know if I’m doing it right.

I wish I read as much now as I did as a teen. Reading is what we are losing in the 21st century. I want to wake up and read and not turn on the TV or the Internet. But I don’t. I could, though. I read Marilyn Robinson, biographies, good film writing, and I have a collection of American transcendentalists — Emerson, Melville and others from the 19th century.

What gives you fulfillment?

[Laughs.] God. That's not my answer! Cinema! But I'm embarrassed to say it.