"It just feels wrong," one resident said after her neighbor was deported without any criminal wrongdoing 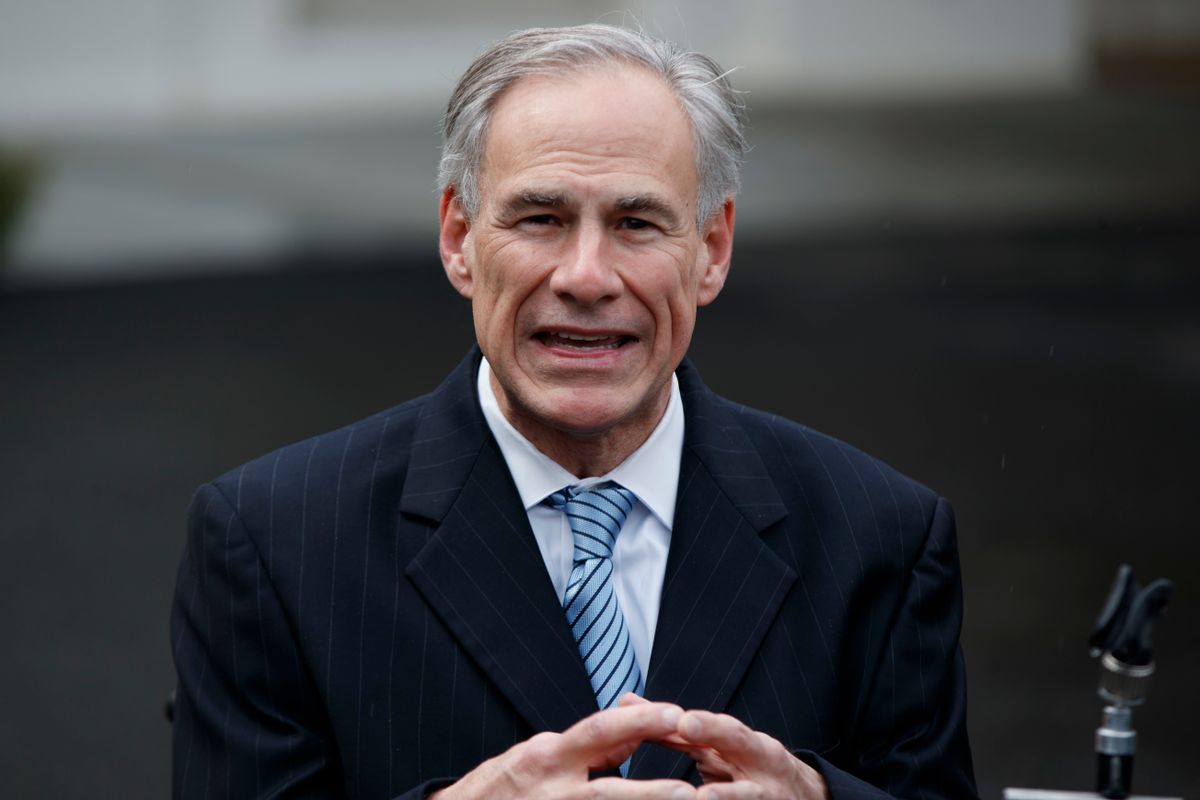 On Sunday night on a Facebook Live video Texas Governor, Greg Abbott, signed a law that effectively bans sanctuary cities across the state.

"Texans expect us to keep them safe, and that is exactly what we are going to do by me signing this law," Abbott said just prior putting his pen to the paper. According to Dallas News, the unique event makes Abbott the first governor in Texas to sign a bill over a livestream on the platform.

"Elected officials and law enforcement agencies, they don't get to pick and choose which laws they will obey," Abbott said in the video.

The new law is a major legislative victory for the governor and his fellow state Republicans who have tried to pass a ban in every session since 2011, and have long championed tough immigration policies. The law goes into effect on Sept. 1, according to Dallas News, and forces officers to cooperate with Immigration and Customs Enforcement agents "and requires sheriffs to honor agency detainers, or requests to hold someone to determine whether deportation proceedings should begin," according to NBC.

The is a wide array of critics including some Police Chiefs who "depend on the cooperation of immigrants, legal or not" to assist them in solving crimes. The American Civil Liberties Union also argues that ICE detainers violate the constitution.

"ICE’s use of detainers to imprison people without due process and, in many cases, without any charges pending or probable cause of any violation has raised serious constitutional concerns," the ACLU's website says. The Texas branch of the ACLU called the new law "racist" and that it will hurt communities, and not help them.

"This racist and wrongheaded piece of legislation ignores our values, imperils our communities and sullies our reputation as a free and welcoming state," Executive Director Terri Burke said in a statement.

Thomas Saenz, president of the Mexican American Legal Defense and Educational Fund, has said the new legislation in Texas is a "colossal blunder," according to Dallas News. "MALDEF will do its level best, in court and out, to restore Texas, the state where MALDEF was founded, to its greater glory, and to help Texas to overcome 'Abbott's Folly,'" Saenz said in a statement.

The law will ban cities, counties and universities from prohibiting their local law enforcement officers from asking about immigration status and enforcing immigration law. It will create a criminal charge for police chiefs, county sheriffs and constables who violate the ban and will charge local jurisdictions up to $25,000 for each day they are in violation.

The law will also allow police officers to ask about a person's immigration status during any legal detention, which could include a routine traffic stop. Opponents have likened the law to Arizona's "papers, please" legislation, parts of which were struck down by the U.S. Supreme Court

But some Trump voters are shocked by the impact the new president has already made on immigration, and are surprisingly not happy with some of the deportations that have taken place. Trump campaigned on only putting away or deporting criminals, but the fact of the matter is that he's doing much more than that.

In a "60 Minutes" segment on Sunday, the story is told of one man, Roberto Beristain, who has lived in the U.S. illegally for years was deported and separated from his family, who are all citizens, despite having no criminal record.

"I voted for him [Trump] because he said he was going to get rid of the bad hombres -- Roberto is a good hombre,” Dave Keck, a resident of the same town as Beristain told “60 Minutes.”