Antonio Sabato Jr. is running for Congress because, at this point, why not? 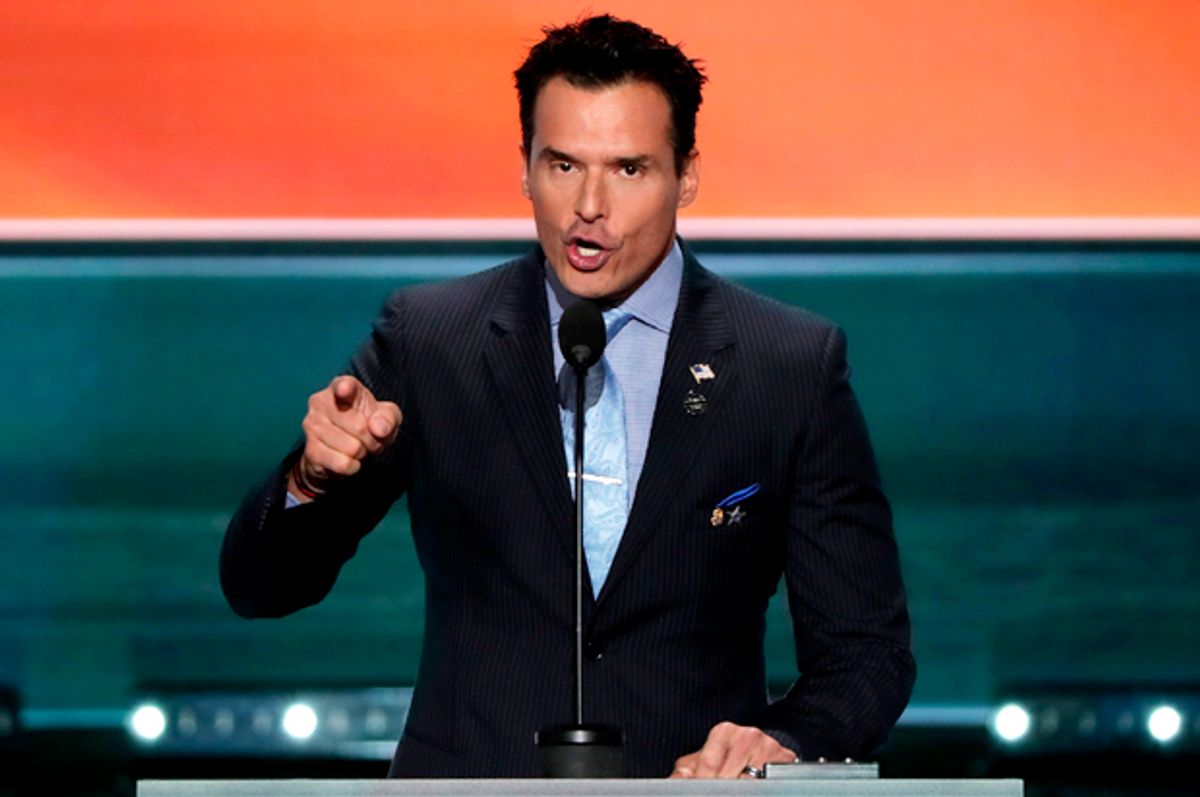 As revealed in a filing with the Federal Election Commission on Monday, television heartthrob Antonio Sabato Jr. is running for political office. Sabato, known for his roles on "General Hospital" and "Melrose Place" is vying for a Congressional seat in California as a republican because of course he is.

Should he succeed in the primaries, Sabato, 45, would face two-term incumbent Rep. Julia Brownley (D) in the formerly republican-held Westlake Village district of Ventura County in the upcoming 2018 mid-terms. Brownley kept her seat in 2016, winning over republican Rafael Dagnesses with 60.4 percent of the vote.

The move is not fully out of left field for the Italian-born American citizen and former Calvin Klein underwear model who has increasingly been associated with the Republican party both on a state and national level. Last year saw the actor and his sharp, rugged features supporting then-candidate Donald Trump at the Republican National Convention where, among other valuable contributions at the Convention, he called sitting President Barack Obama a Muslim. Previously, Sabato had told People magazine, "I have never been a Republican or Democrat . . . I am an American."

Sabato campaign fundraiser — an unlikely title if ever there was one — Charles Moran told the press about his candidate's ties to the current administration, "Being a Republican and with proximity to the White House and Republican leadership, he’s going to be able to get more done — being in the majority, with his notoriety, for the residents of the 26th [Congressional] District."

As an entertainer with political aspirations, Sabato follows in the long tradition of President Ronald Reagan, congressmen Sonny Bono, Al Franken and Sean Duffy, Senator George Murphy and, of course, the current Commander in Chief.

Sabato's latest project, a reality-show travelogue covering his journeys in Australia called "Antonio: Down Under" will air later this year. Audiences will be able to see a preview of the actor's political qualifications when he plays a U.S. senator in the forthcoming film "One Nation Under God" across from Caper Van Dien and Kevin Sorbo.