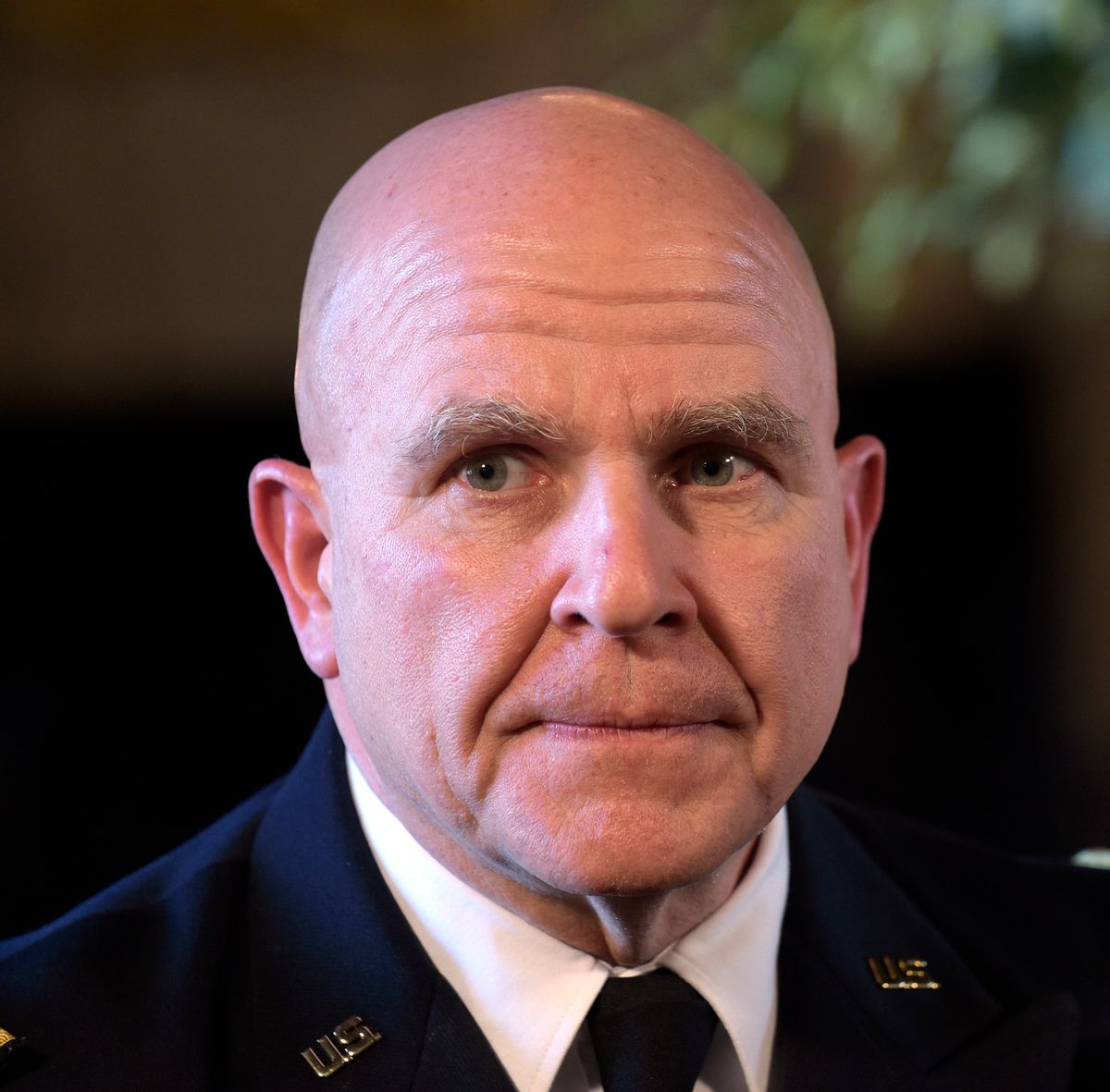 According to rumors, a personnel change could be coming to the West Wing. Gen. H.R. McMaster, the White House national security adviser, has grown out of favor with President Donald Trump, Bloomberg's Eli Lake reported on Monday.

Lake, who has proved to have a source or two within the Trump administration, reported that Trump has openly clashed with McMaster in front of staff, complaining that he has been "undermining" his policy. The president was livid, according to three White House officials who spoke with Lake, upon discovering through a Wall Street Journal story that McMaster had contradicted his threat of making South Korea pay for its missile defense system.

In meetings, McMaster apparently ignores the president whenever possible. Lake reported that the national security adviser does not give Trump a chance to ask questions during briefings, instead opting to lecture the rookie president on security issues.

The president, of course, is refuting Lake's story.

"I couldn't be happier with H.R. He's doing a terrific job," an issue from Trump said.

Joe Scarborough, host of "Morning Joe" and a close friend to the president, reported on Monday that several White House sources told him that the McMaster story is coming from Steve Bannon, the White House's chief strategist.

Bannon's ideology of isolationism and ethno-nationalism does not seem to comport with McMaster's philosophy, which is more mainstream.

Leaks about the president's opinion of White House staff has been a frequent occurrence in the Trump era. In February when the nascent administration was still gaining its bearings, White House press secretary Sean Spicer had to inspect White House employees' phones to root out anyone talking to the press. Yet in April, Politico Magazine wrote that the White House didn't have a leaking problem, as much as a lying problem. Sources told Politico that Trump's White House deliberately fed lies to the press about the job status of aides and officials.

"It's a game to them," a source told Politico.