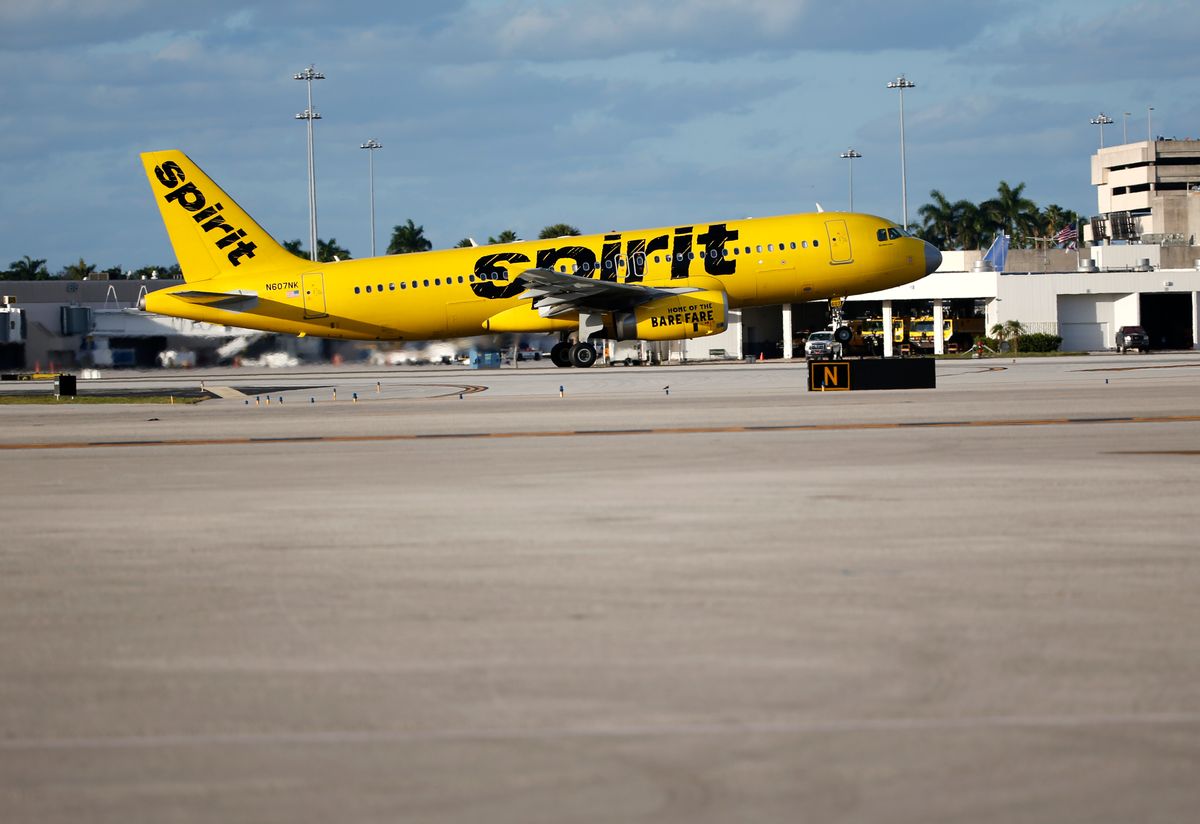 It wouldn't be a true string of terrible airline customer service stories without including one about Spirit Airlines.

After Spirit cancelled 11 flights on Monday from its Fort Lauderdale-Hollywood International Airport in Florida, angry crowds of people who found their plans suddenly changed became audibly angry at the airline, according to a report by the New York Daily News. A witness captured some of the outrage in a cellphone video that he posted on Facebook. He also claimed that some passengers were upset over having to miss a Tuesday graduation event.

The video shows at least three people being arrested.

Spirit Airlines blames the debacle on the Airline Pilots Association, claiming that an "unlawful showdown" by the union resulted in "canceled flights and prevented our customers from taking their planned travel, all for the sole purpose of influencing current labor negotiations." The airline is suing the union.

Spirit Airlines has been named the worst airline to fly on, according to the American Customer Satisfaction Index's report on customer satisfaction.

But if we're talking about terrible airline service of late, we need to talk about United Airlines.

An attorney in Des Moines announced on Monday that the owners of a giant 3-foot rabbit named Simon — who died on a transatlantic flight recently — are calling for an independent investigation of their rabbit's death. At least one airline employee says that Simon may have been accidentally locked in a freezer for as long as 16 hours, but because the airline destroyed Simon's body without the owners' consent, it will be impossible to know for sure what had happened.

Attorney Guy Cook characterized the decision to cremate the rabbit as "destroying evidence" and argued that "whatever the cause of Simon's death may be, Simon died in the care of United Airlines' and its decision to destroy his remains establishes a reckless disregard for the Simon Group's rights and are indicative of the negligent care United Airlines provided Simon."