Salon’s D. Watkins caught up with activist and local resident Tony Lewis to discuss the impacts of gentrification 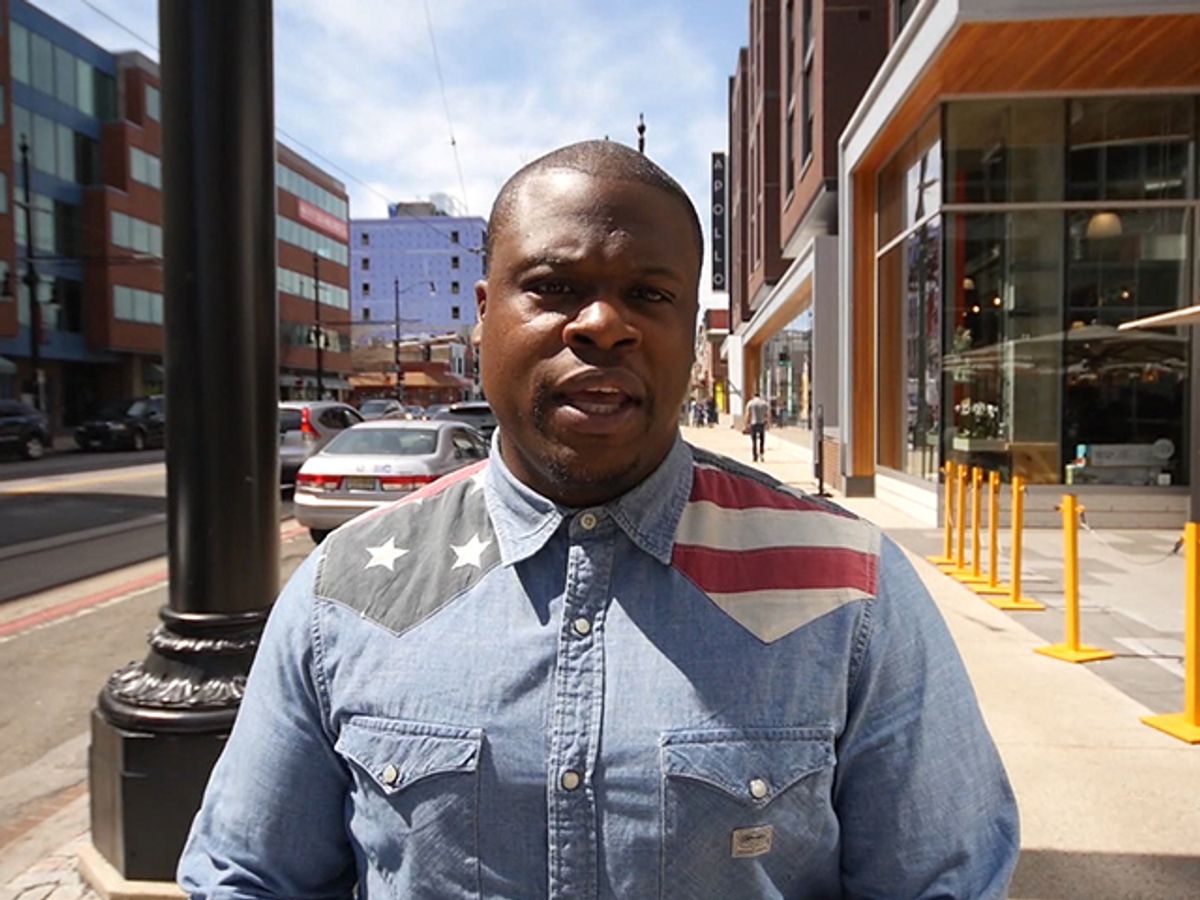 A little over a year ago I gave a talk at Busboys and Poets in Washington, DC.. The crowd was amazing — a diverse group of D.C. residents, old and new, all with an interest in understanding their roles in the ever-changing city. D.C. used to be known as Chocolate City — it had a dense  and thriving African American community full of innovators, progressives and trendsetters — but the gentrification wave has washed in and drowned the black population over the past 10 years, unfairly displacing many of those residents farther away from the capital.

As I left the stage an older woman grabbed me by the arm and gave me a big hug. “That was so good, baby," she said. "You need to meet Tony Lewis.”

I thanked her. “Young people like you and Tony will change the world!" she added. "I’m going to put you in touch.”

Before I left D.C., a few more people had said the same thing. Two even brought copies of Tony Lewis’ book "Slugg: A Boy's Life in the Age of Mass Incarceration," for me to my book signing, which has never happened to me before. I left my event and instantly followed him on social media, where I learned about his community work, his family and the undying love he has for D.C.

I read "Slugg" a few days later, which I highly recommend, and became inspired by his story and mission. People like Tony give me hope and a reason to keep fighting.

To date, Lewis is a re-entry expert and community leader known throughout D.C. as an advocate for children and families affected by mass incarceration. He story has been featured on CNN, BET and The Washington Post, among other outlets. Lewis has also received numerous awards, including the Steve Harvey/Ford Motor Company “Best Community Leader” and the Presidential Call to Service award. He is the chairman of Mayor Muriel Bowser's Commission on Reentry and Returning Citizen Affairs and does all of this while remaining loyal to the people­­ — never selling them out — and fighting to make D.C. a better place for everyone.

Recently I had the opportunity to catch up with Lewis in D.C., to get a better understanding of his work, how gentrification is affecting the District in a negative way and some solutions on what can be done.