As if today couldn't get any weirder, suddenly a former secretary of state shows up in the White House unannounced 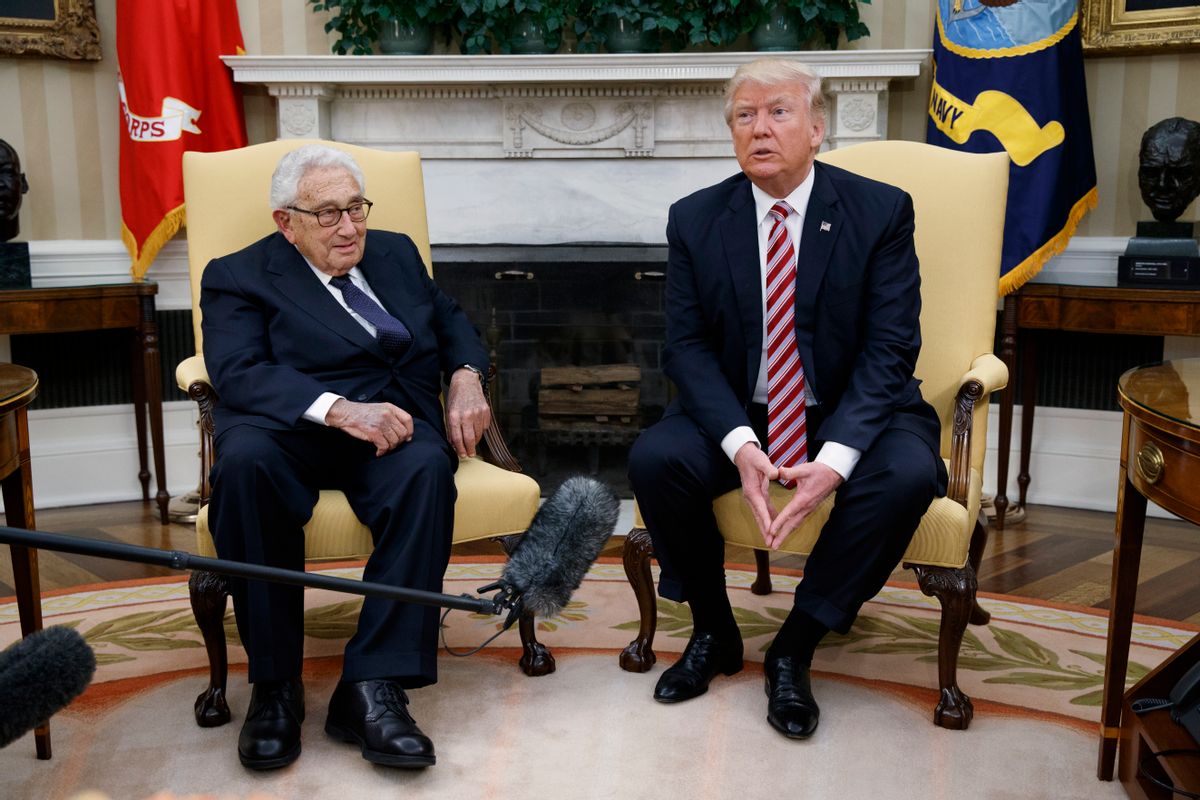 When the White House summoned the press pool on Wednesday reporters were expecting to see President Trump sitting beside Russian Foreign Minister Sergey Lavrov, instead they saw a different yet very familiar face — Henry Kissinger.

The meeting with the former secretary of state was not included on Trump's public schedule, according to pool reports. Trump said the meeting consisted of discussions "about Russia and various other matters."

"We're talking about Syria and I think that we're going to do very well with respect to Syria and things are happening that are really, really, really positive," the president said, referring to his conversation with the man who, ironically, rose to prominence during the Richard Nixon administration. "We're going to stop the killing and the death."

Trump noted that it was "an honor" to meet with Kissinger and said that "he's been a friend of mine for a long time." Reporters asked the president about why he chose to fire FBI Director James Comey, to which Trump answered "He wasn't doing a good job. Very simply. He was not doing a good job." Trump said it did not affect his meetings with Russian officials that also took place on Wednesday.

Regarding his meeting with Lavrov however, Trump said that it was "very, very good." Adding that both the U.S. and Russia want to put an end to "the killing — the horrible, horrible killing in Syria as soon as possible and everybody is working toward that end." But that meeting was closed to the press. Trump "further emphasized" that he intends to strengthen the relations between the U.S. and Russia, according to pool reports.