The former U.S. Attorney joins Sally Yates and Comey as people who have been fired while investigating allies 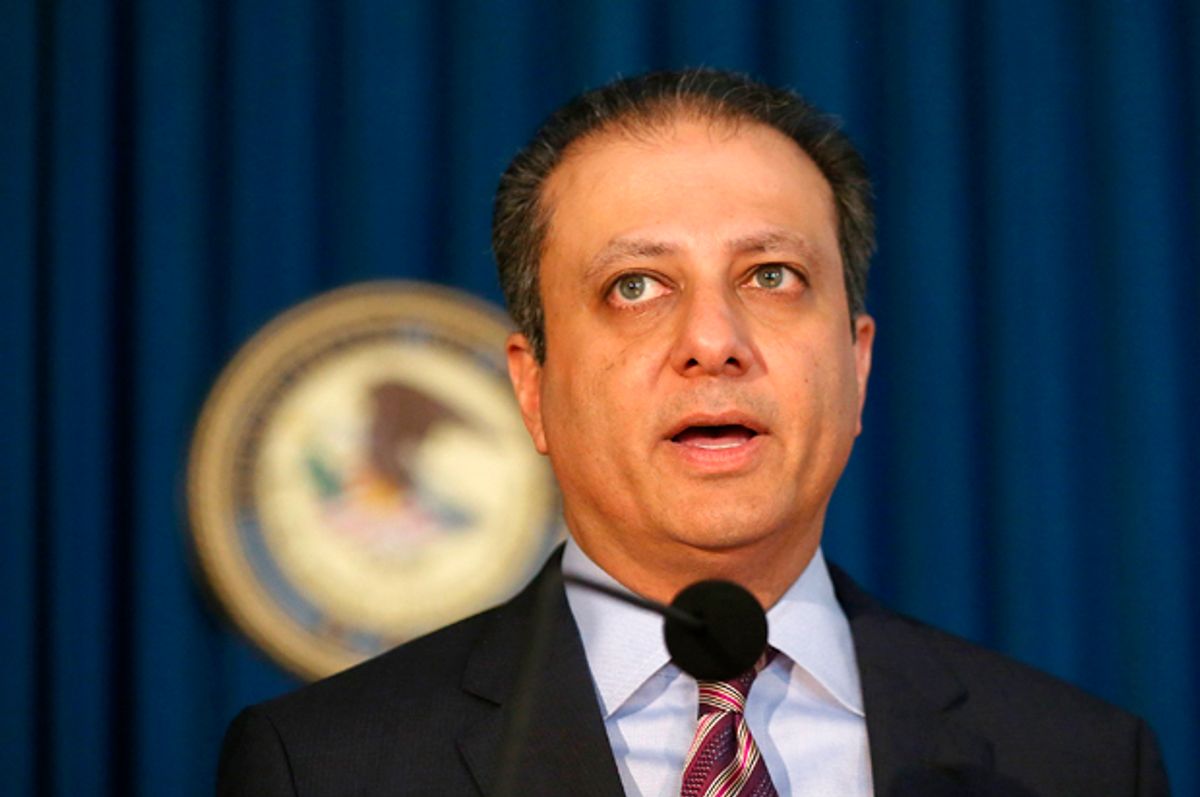 Former U.S. Attorney Preet Bharara, whose name became a household word earlier this year when he was fired by President Donald Trump, has taken to Twitter to sound the alarm about the president's suspicious firing of FBI Director James Comey.

Only hours before Trump fired Comey, CNN learned that federal prosecutors had issued grand jury subpoenas to associates of Trump's former national security adviser, Michael Flynn. The subpoenas are reported to include business records and are part of a much larger probe into Russia's alleged interference in the 2016 presidential election. They were issued from the U.S. Attorney's Office in Alexandria, Virginia, and were received by former associates of Flynn's. The individuals in question are reported to have worked with Flynn on private contracts in the period following his controversial tenure as director of the Defense Intelligence Agency, which ended in 2014.

There are a number of controversies swirling around Flynn. He was forced to resign as Trump's national security adviser after it was revealed that he had lied about discussing sanctions imposed by President Barack Obama with Russia's ambassador to the United States, Sergey Kislyak. Flynn has also been under fire for accepting payments from the governments of Russia and Turkey without registering to do so, although he retroactively registered as a foreign agent for the Turkish government under a $500,000 contract in March. When it comes to Russia, Flynn is in hot water for failing to properly disclose a $45,000 payment he received from Russia's state-subsidized propaganda network, Russia Today, for an appearance he made in Moscow celebrating that event.

Comey's firing also comes a day after Sally Yates, the former acting attorney general for Trump, testified before Congress that she had warned the Trump administration about Flynn's inappropriate contacts with Kislyak and that these had left him vulnerable to potential blackmail.

"To state the obvious: You don’t want your national security adviser compromised with the Russians," Yates told a Senate Judiciary subcommittee.

Despite Yates' warning, Flynn remained in office for an additional 18 days. If anything, the Trump administration focused more on covering up Yates' warning than in taking appropriate action against Flynn, given reports that they worked with House Intelligence Committee Chairman Devin Nunes to pull Yates' testimony in March.