Tom Garrett says things could always be worse. You could be living in Nazi Germany 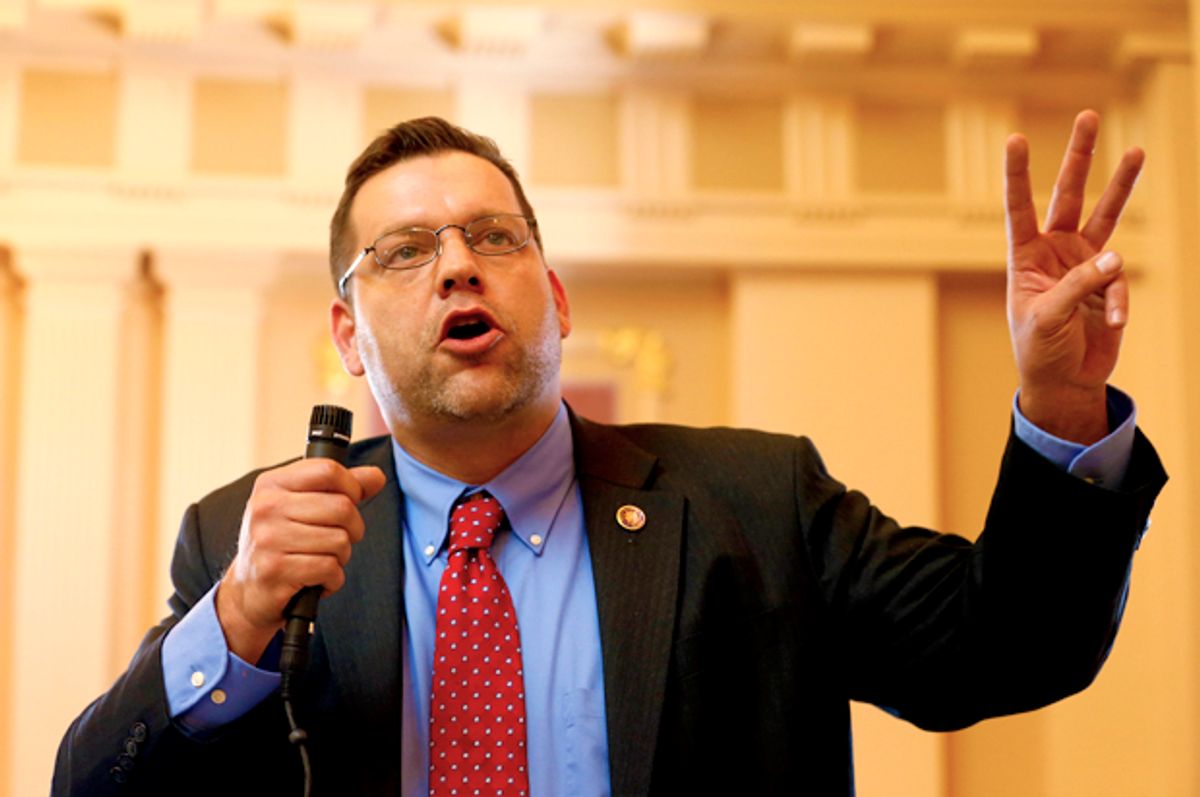 State Sen. Thomas Garrett, R-Buckingham, speaks during a debate on a bill that would deny in-state tuition to certain immigrants, during the Senate session at the Capitol in Richmond, Va., Tuesday, Jan. 20, 2015. The bill failed to pass. (AP Photo/Steve Helber) (AP)
--

Godwin's Law famously states that the first person who compares someone they dislike to Adolf Hitler automatically loses the argument.

Enter Rep. Tom Garrett of Virginia, who has put a new spin on that phrase: Compared to Hitler, life's pretty good.

"America has overcome amazing challenges that Donald Trump, as frightening as he is to some people, small potatoes compared to Nazi Germany," Garrett told an incredulous town hall meeting at a church in his congressional district on Tuesday — hours after Trump fired the head of the agency looking into any possible ties between him and Russia.

Garrett then doubled down on his logic, insisting that Trump doesn't present a long-term problem to America because "this great nation will continue to move forward by virtue of the collective of American people."

The congressman was notably evasive about Trump's decision to fire FBI Director James Comey (the news had broken shortly before Garrett took the stage). He did not answer questions about whether a special prosecutor should further investigate the alleged relationship between the Trump campaign and the Russian government, merely stating that he hasn't seen any evidence of improper collusion.

"If I see a Trump who I think has betrayed his duty to the Constitution, he needs to go," Garrett added.

Garrett also intimated that he personally believed Comey had been effective in his post as FBI Director, considering that he had "done a pretty good job ruffling feathers on both sides of the aisle."