"This is the kind of thing dictators do": Here's how late-night TV reacted to James Comey's firing 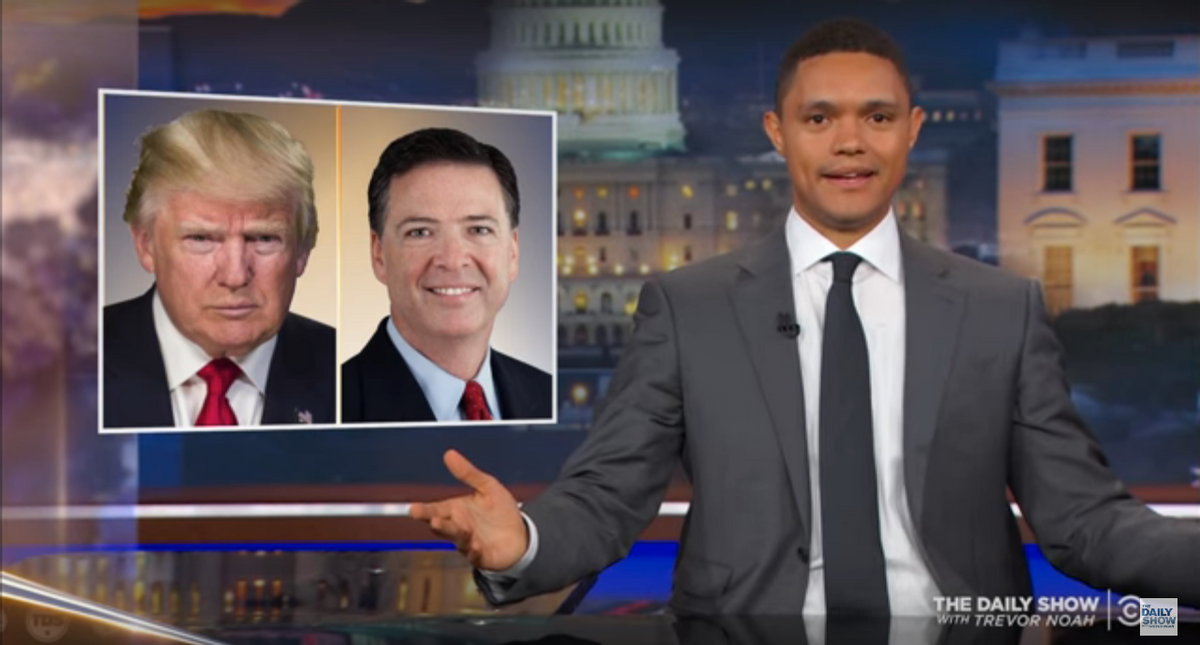 While Americans on the East Coast were getting ready to leave work Tuesday, FBI Director James Comey was informed that he no longer had a job at the FBI. The abrupt announcement caught everyone off guard, including the late-night hosts who had to process the news in real time.

The comedian feigned surprise before comparing the U.S. president to an African dictator.

"I know we said Trump was an African dictator," Noah said. "But right now, even Africans are watching this saying: 'Wow, Donald Trump does not fuck around.'"

It was obvious that "Late Show" host Stephen Colbert had little time to prepare any remarks on Comey's dismissal.

"Just minutes ago, less than 10 minutes ago, FBI director James Comey has been fired by Donald Trump," Colbert said, still in shock from the announcement.

"That shows no gratitude at all," he added. "Did Trump forget about the Hillary emails [Comey] talked about?"

Colbert then tried to provide his audience some context for the firing.

"Yesterday, we learned that during their first meeting after the election, Obama warned Trump about hiring Mike Flynn," he said. "It was just as effective as Obama warning America about hiring Trump."

Jimmy Kimmel benefited Tuesday from having a Los Angeles studio to record "Jimmy Kimmel Live." The comedian led his monologue with the news and, like Noah, was quick to compare Trump to a dictator.

The irony in Trump firing Comey did not slip pass Kimmel.

"One reason they gave for firing Comey is because he mishandled the Hillary Clinton email situation, which is hilarious because that would mean Trump fired James Comey for making him president," Kimmel said. "He really does hate doing this job."