WATCH: "The reality is, women have abortions" — even on TV

Tracing the evolution of abortion on TV, from "Maude" to "Crazy Ex-Girlfriend" 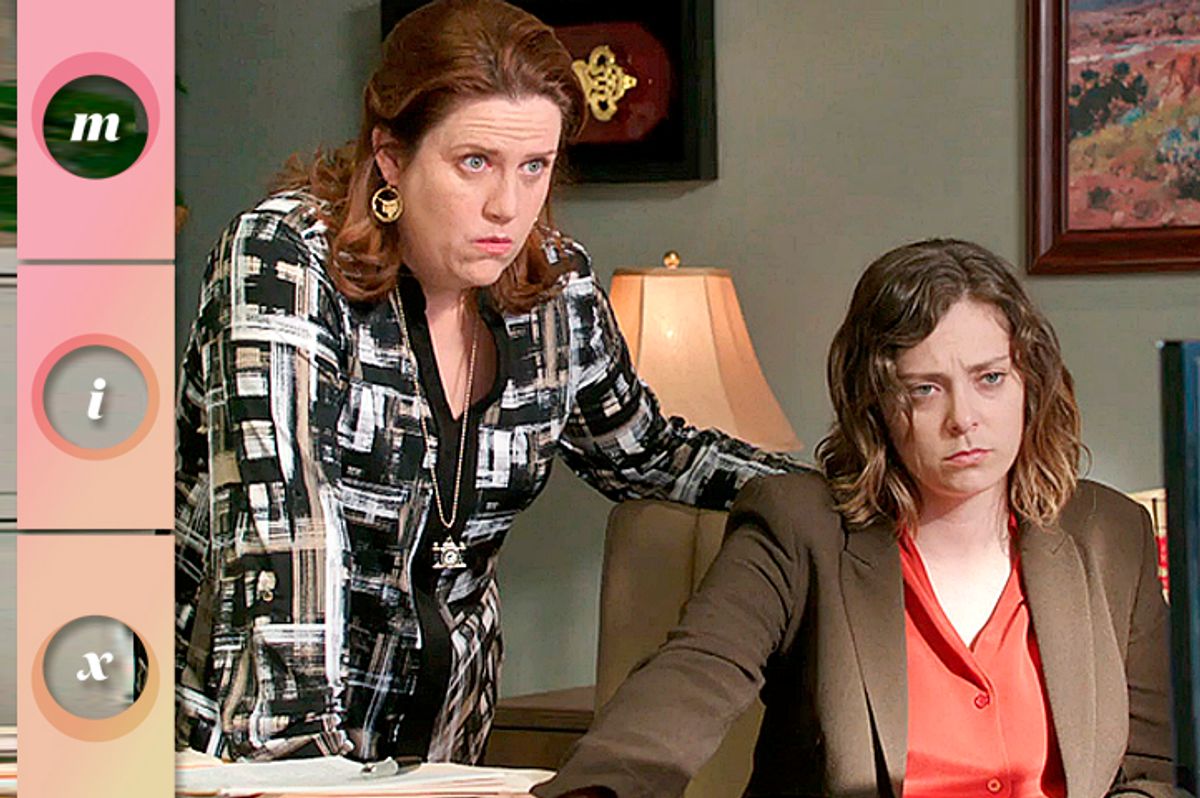 This Salon Mix video was produced by Kevin Carlin

Before Roe v. Wade, abortion — and even pregnancy — were all but verboten topics on television. But in the early '70s, as women's reproductive rights were gaining ground on the state and national level, it looked like television would boldly follow suit. Instead, after the sitcom "Maude" and daytime soap "All My Children" depicted their leading ladies opting for safe, legal terminations of their pregnancies, the backlash was so fierce that it resonated for decades.

Over the next several years, abortion became a topic television occasionally hinted at, though rarely discussed and almost never actually carried out. "Roseanne" could joke about clinic protestors, and on "Sex and the City," Miranda could flirt with the idea of ending her unplanned pregnancy, but ultimately, the genres of comedy, drama and reality alike all continued to give scant attention to a decision millions of American women would continue to make within their lifetimes.

Lately though, that's been changing — and dramatically. A big part of the credit goes to Shonda Rhimes, who's depicted major abortion storylines on her shows including "Grey's Anatomy" and "Scandal."  Meanwhile, in just the past year, other shows as diverse as "Crazy Ex-Girlfriend," "Jane the Virgin" and "The Fosters" have had abortion storylines that were honest, believable and at times even funny. But can watching television characters make decisions about their own bodies impact the way Americans view abortion in the real world? Author and attorney Jill Filipovic hopes so, saying, "Whether you are pro-life, pro-choice, or somewhere in between, the reality is women have abortions."

This video is part of a Salon Mix feature package, which includes an episode of our Salon Mix podcast. Read more here, and listen to the episode.