How the Trump administration botched the Comey firing, and made a mess of it all 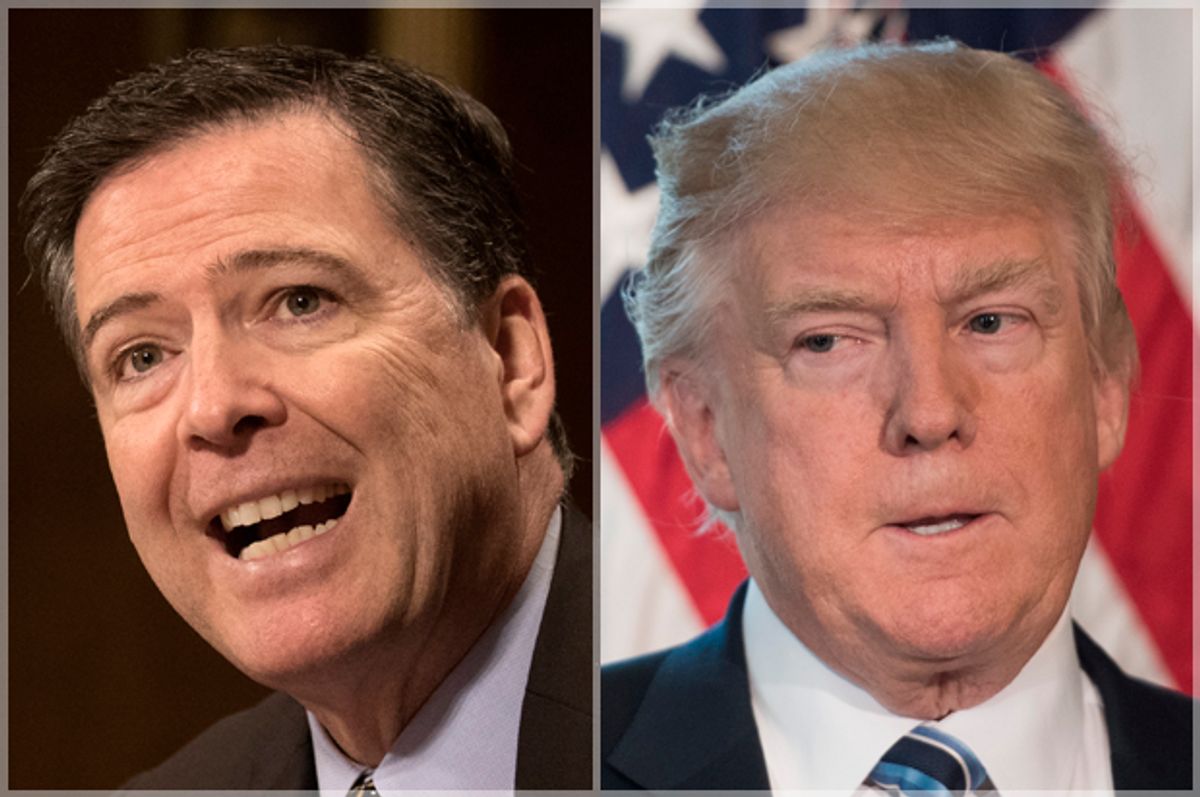 President Donald Trump values loyalty, and that may be the reason why he fired FBI James Comey, who was leading an ongoing investigation into potential links between the Trump campaign and the Russian government.

Trump had long been wary of Comey's loyalty and judgment, and when he summoned Sessions and Rosenstein to his office it wasn't to solicit their views on Comey — it was to instruct them to come up with a written case he could use to justify firing him. He had made up his mind about firing Comey as long ago as last weekend, according to a report by The Washington Post, and was angry that Comey was continuing to aggressively pursue an investigation into the Trump campaign's alleged collusion with the Russian government.

On Monday, he made it clear to close advisers like Vice President Mike Pence, chief strategist Steve Bannon, and White House counsel Don McGahn that he wanted to fire Comey. Trump then ordered Attorney General Jeff Sessions and Deputy Attorney General Rod Rosenstein to write up a rationale for dismissing Comey.

Later, when the spin began to depict Rosenstein as the one who took the initiative to terminate Comey, the deputy attorney general threatened to resign.

The version of events that places responsibility squarely on Trump's shoulders is reinforced by a source close to Comey, who informed CNN that the two reasons behind Comey's firing were his refusals to personally assure the president of his loyalty and his acceleration of the Russia investigation. Meanwhile, The New York Times reported that Trump was outraged as he watched Comey's congressional testimony, becoming particularly incensed when Comey commented about being "mildly nauseous" at the thought that his disclosure of the Anthony Weiner laptop could have contributed to Trump's victory. The Times also added that Trump saw reports about Comey providing incorrect information about Huma Abedin's email account as an opening that he could take advantage of to achieve his goal.

According to those sources, Pence, McGahn and Trump's son-in-law Jared Kushner all supported firing Comey. Bannon of all people was the one reluctant to fire Comey right away.