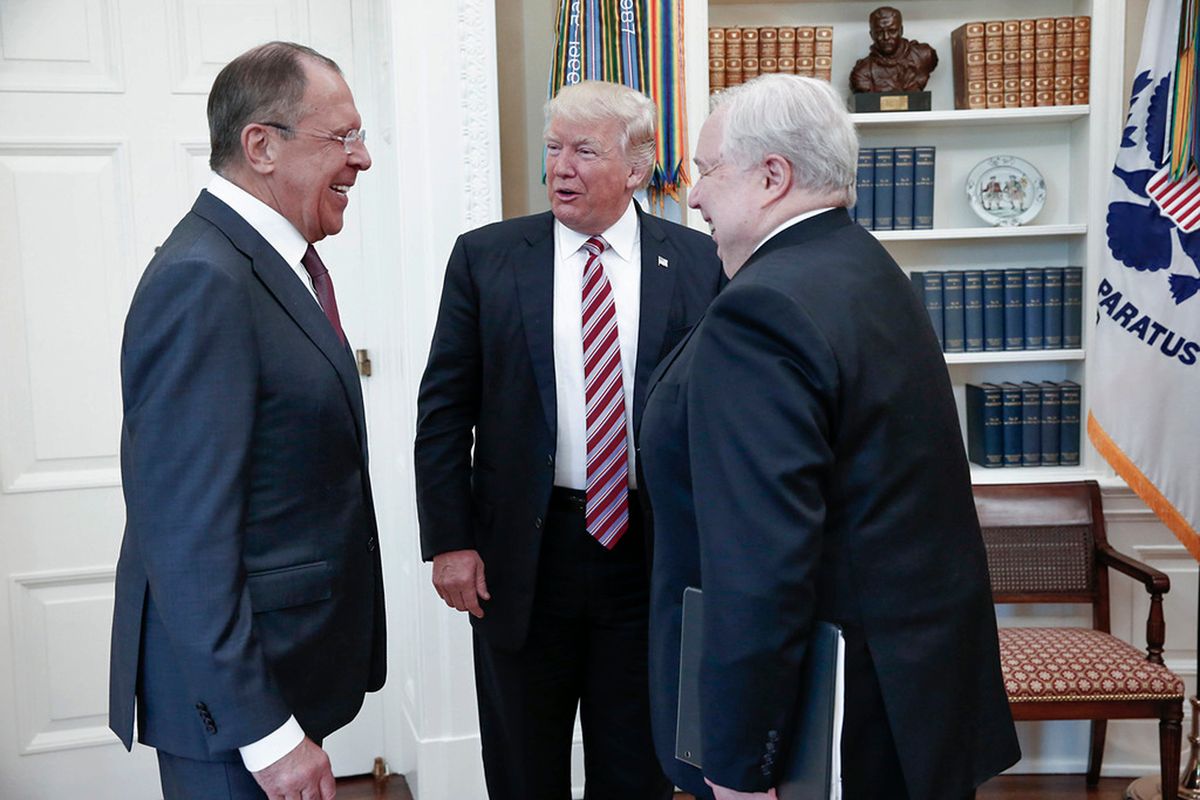 As it turns out, the mere fact that TASS was even allowed in the White House (which the embassy implicitly advertised by tweeting them out) was a major scandal in its own right.

Former American intelligence officials are criticizing TASS's ability to enter the White House as a potential major security breach, according to a report by The Washington Post. Surveillance equipment like listening devices can be concealed in electronic equipment like cameras, according to these experts, and it was irresponsible at best for the White House to allow a foreign government with a history of spying like Russia to enter a sensitive government building with them.

While a senior administration official has defended the decision to allow the photographer in, claiming that he "had to go through the same screening as a member of the U.S. press going through the main gate to the [White House] briefing room," intelligence experts say that sophisticated surveillance equipment could have passed through such a screening undetected.

That said, this official also admitted that the White House had thought the photographer worked only for Lavrov, not for a state-run news agency. "We were not informed by the Russians that their official photographer was dual-hatted and would be releasing the photographs on the state news agency," the official claimed.

CNN's Jim Acosta has reported that the White House is "furious" over the fact that the Russian government published photographs of Trump's meeting with Lavrov. He quotes an anonymous official as saying, "They tricked us. They lie."