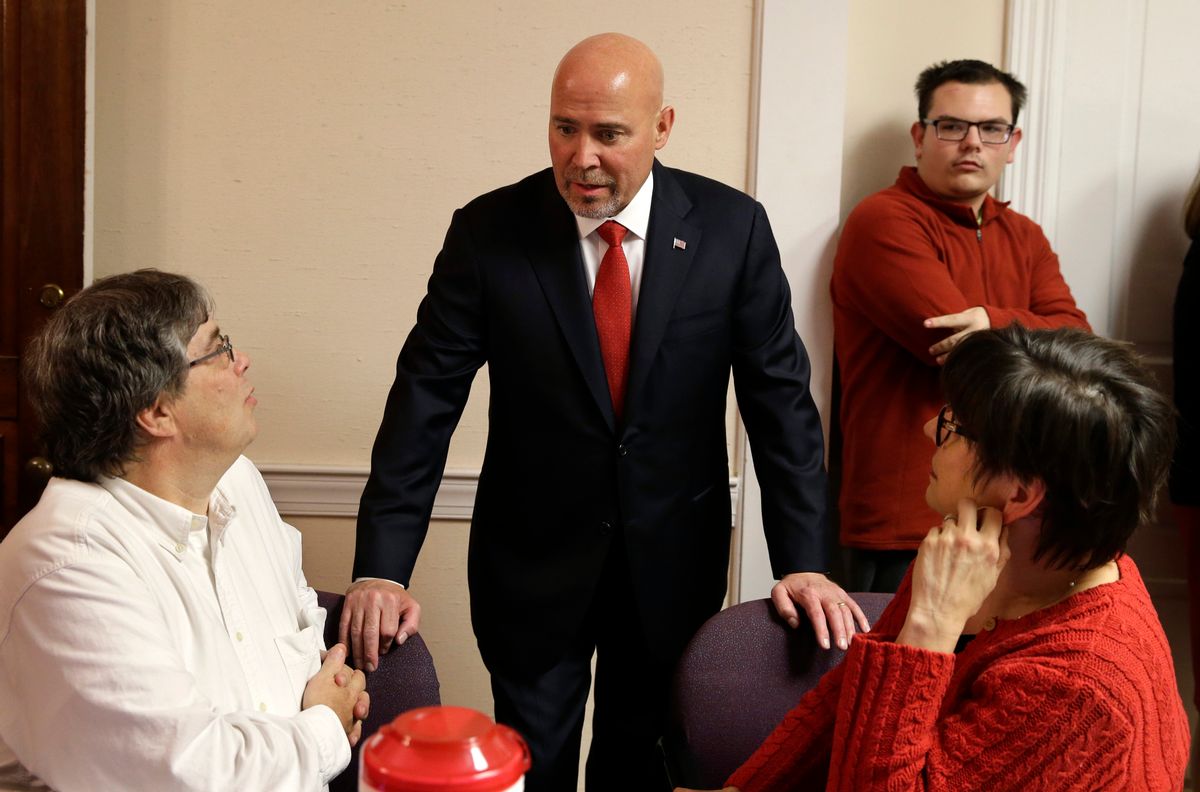 One constituent shouted at MacArthur, "Enough of the canned responses!" A woman who described her struggles with opioid addiction told MacArthur that without Medicaid her only options were "jail, commitment, or death."

Perhaps the most poignant moment occurred when a man whose wife survived cancer hit MacArthur over his amendment making it easier for states to drop patients with preexisting conditions.

The American Health Care Act was found by a new survey to be very unpopular with most of the American public.

A new poll by Morning Consult/Politico found that only 38 percent of American voters approve of the Republican bill to repeal and replace the Affordable Care Act, while 44 percent disapprove of it. This is a drop from last week's middling numbers, which showed 42 percent approving and 37 percent disapproving.

Perhaps more ominous for Trump and the Republican Party are the numbers regarding enthusiasm either for or against the new bill. While 29 percent of voters strongly oppose the law, a measly 13 percent strongly support it. Enthusiasm is weak even among Republicans, with only 27 percent strongly approving of the bill (last week it was 36 percent).

The new bill is also markedly less popular than Obamacare among every group except for Republicans. Voters overall prefer Obamacare 50 percent to 42 percent. Among Democrats, Obamacare is much more popular than Trumpcare (82-to-12 percent versus 19-to-65 percent, respectively). And among independents, Obamacare gets middling marks while Trumpcare is met with overwhelming disapproval (44-to-43 percent versus 32-to-47 percent, respectively).