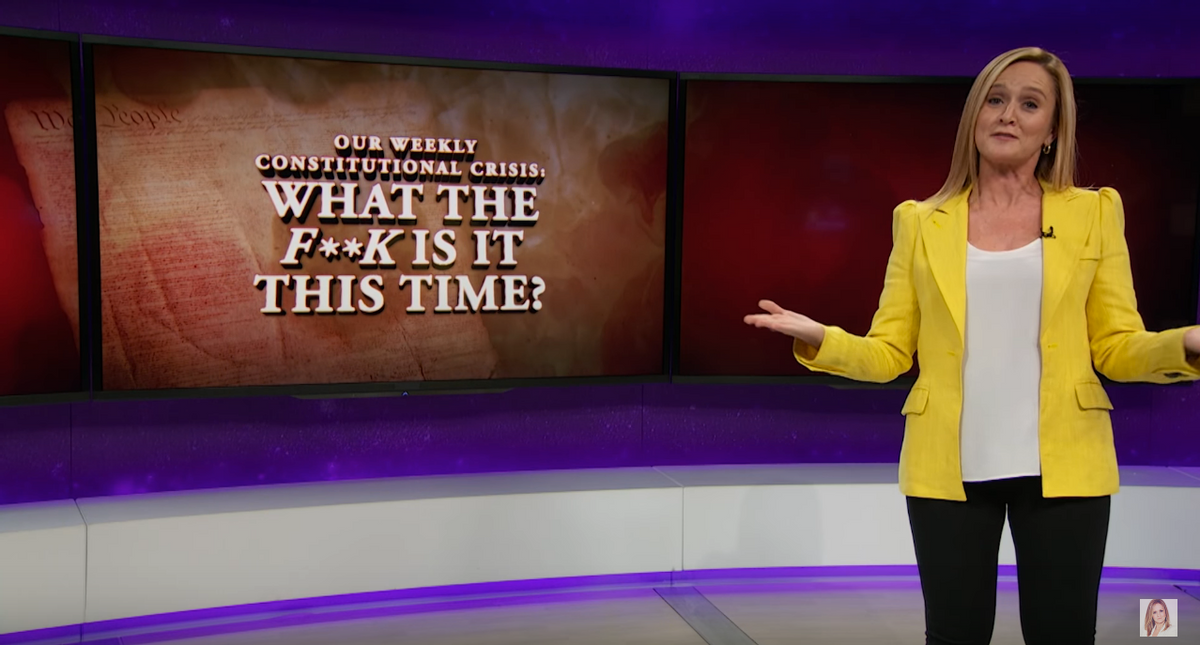 Samantha Bee, host of TBS's "Full Frontal," became the guest of a late-night show earlier this week when she showed up for "The Daily Show" reunion on Stephen Colbert's "The Late Show." While Bee was reminiscing with old friends about the glory days on Comedy Central, her staff was scrambling to come up with Wednesday night's show, Bee revealed last night.

"As of yesterday afternoon the only FBI drama most Americans expected to unfold on TV was the upcoming seasons of 'Twin Peaks' and the 'X Files.' But at 6:00 p.m., with our show written and our staff on its second whiskey, our dumb democracy ran into a wall with a bucket on its head again," Bee said to lead off her monologue.

True to her "Daily Show" roots, Bee spent a big portion of her show Wednesday on cable news' response to Comey's firing. Wall-to-wall coverage consumed the news networks, as everyone, including staffers in the White House, seemed to be in a panic over President Donald Trump's decision to fire his FBI director.

Trump himself was reportedly shocked that Democrats were outraged by the move.

"Newsflash," Bee said, "Most of us like our democratic norms more than we hate the other team, President Ding Dong."

"This isn't partisan," she added. "I don't like James Comey. Nobody does. You either think he lost Hillary the election or you think he is the reason she's not locked up. Comey is a bit of a turd. But at least he is an independent turd."