Rep. Raja Krishnamoorthi has officially requested that the White House "confirm the existence" of any recordings 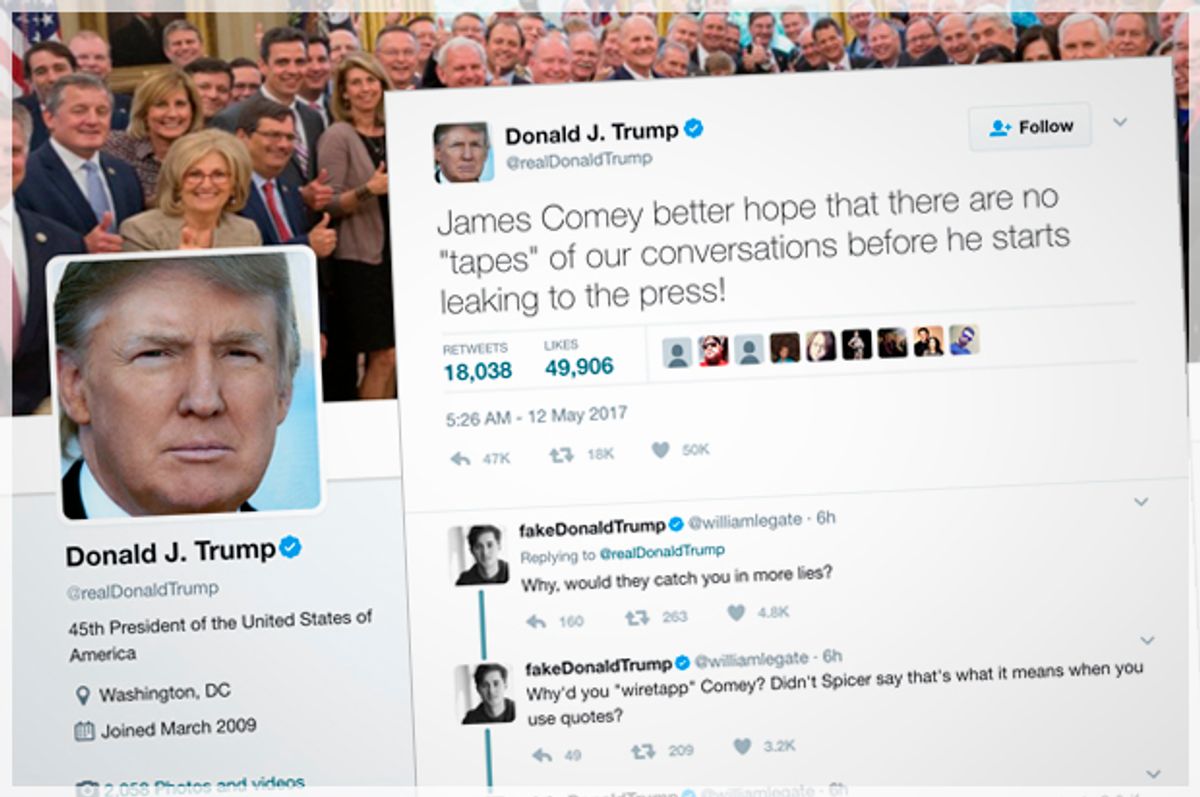 President Donald Trump's now infamous Friday morning tweet — which, in case you forgot, entailed him warning former FBI Director James Comey that he "better hope that there are no 'tapes' of our conversations before he starts leaking to the press" — may have already come back to bite him.

Democratic Rep. Raja Krishnamoorthi of Illinois, who serves on the House Oversight Committee, sent a letter to White House Counsel Don McGahn on Friday afternoon asking for copies of any tapes involving conversations with Comey that might exist, according to a report by NPR.

As Krishnamoorthi correctly points out, there have been "varied and divergent statements" coming from the Trump White House regarding the firings of both former national security adviser Michael Flynn and former FBI Director James Comey. As a result, Krishnamoorthi requests that McGahn "confirm the existence of 'tapes' and/or a taping system in the White House," along with details as to how long it has been in place, the individual who ordered its installation, and the status of the recordings that it captures.

Krishnamoorthi concludes that if the tapes in fact exist, the White House should send the House Oversight Committee recordings of Trump's communications with Comey, as well as those with Russian Foreign Minister Sergey Lavrov and Ambassador Sergey Kislyak (specifically those that were closed to the American press). He also said that they should send over any conversations pertaining to the hiring and firing of former national security adviser Michael Flynn.

In a statement, Krishnamoorthi explained that "these White House tapes could accelerate current investigations as previous tapes have aided past inquiries." His position was backed up by the committee's ranking member Rep. Adam Schiff of California, who said that Trump should "immediately provide any such recordings to Congress or admit, once again, to have made a deliberately misleading — and in this case threatening — statement."

Asked about Trump's tweet on Friday, White House press secretary Sean Spicer refused to rule out the possibility that the president is recording private conversations.

"The president has nothing further to add on that," Spicer repeated again and again as he was blitzed with questions about the "tape" tweet. "The tweet speaks for itself."