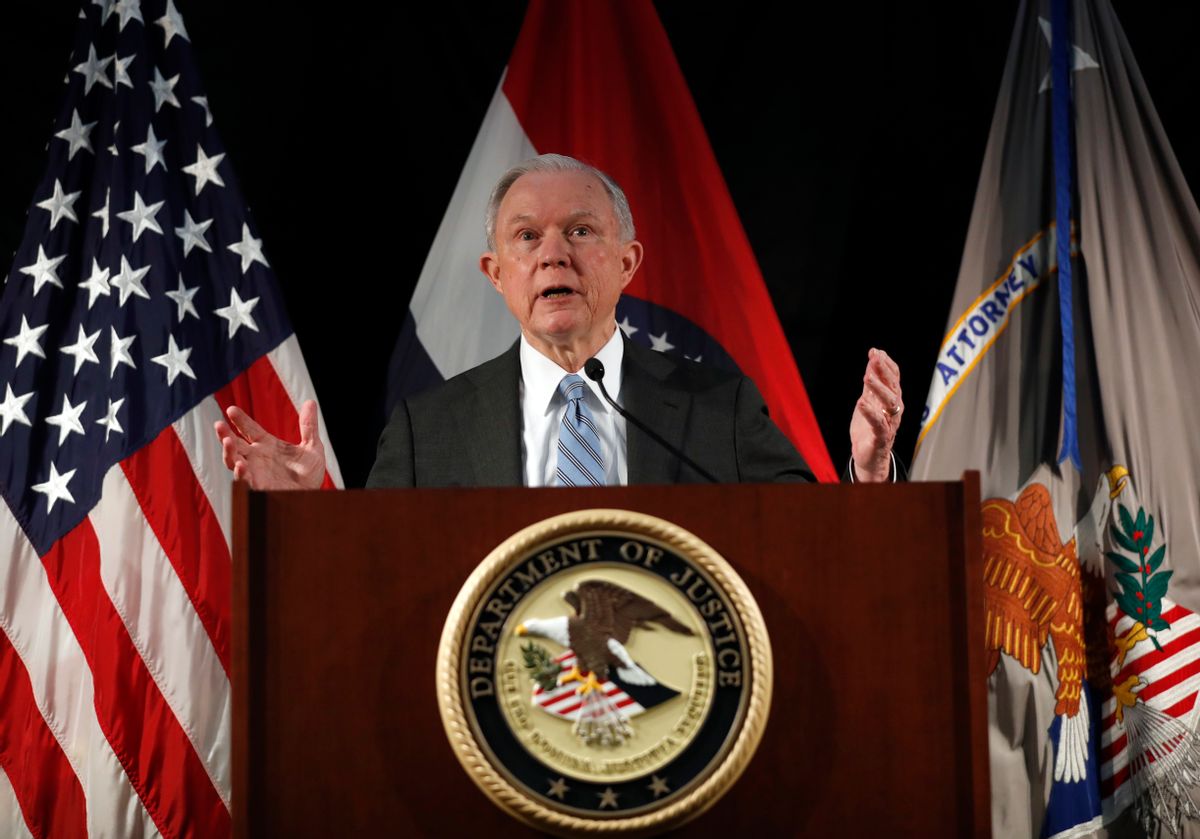 Back when Jeff Sessions was attorney general for Alabama instead of the entire United States, he pushed for a bill that would have established mandatory death sentences for individuals convicted of a second drug trafficking offense — even if the drug was as innocuous as marijuana.

While Sessions' new directive as United States Attorney General doesn't go that far, it is definitely a step in a draconian direction when it comes to American drug policy.

The memo, issued by Sessions on Wednesday, instructs prosecutors to "charge and pursue the most serious, readily provable offense," according to a report by The Washington Post. Sessions' memo also immediately reverses a policy implemented by Attorney General Eric Holder, Jr. in August 2013, one that ordered prosecutors to refrain from pursuing drug charges if doing so would trigger lengthy mandatory minimum sentences — and if the defendants did not belong to a gang, cartel, or other large-scale drug trafficking organization.

The goal of Holder's policy was to begin to roll back the war on drugs, which critics pointed out disproportionately impacted people of color, devastating millions of lives and contributing to America having a mass incarceration epidemic. By contrast, Sessions' policy will double-down on the very policies that caused this problem in the first place.

It would also be a boon for private, for-profit prisons.

As Sessions' memo puts it, "This policy fully utilizes the tools Congress has given us. By definition, the most serious offenses are those that carry the most substantial guidelines sentence, including mandatory minimum sentences."

It is anticipated that Sessions' new policy will drastically increase the number of prosecutions and incarcerations. The memo itself was drafted by Sessions' adviser Steven H. Cook, who infamously told a criminal justice panel that "the federal criminal justice system simply is not broken. In fact, it’s working exactly as designed."