Sean Spicer may be missing, but Melissa McCarthy is everywhere 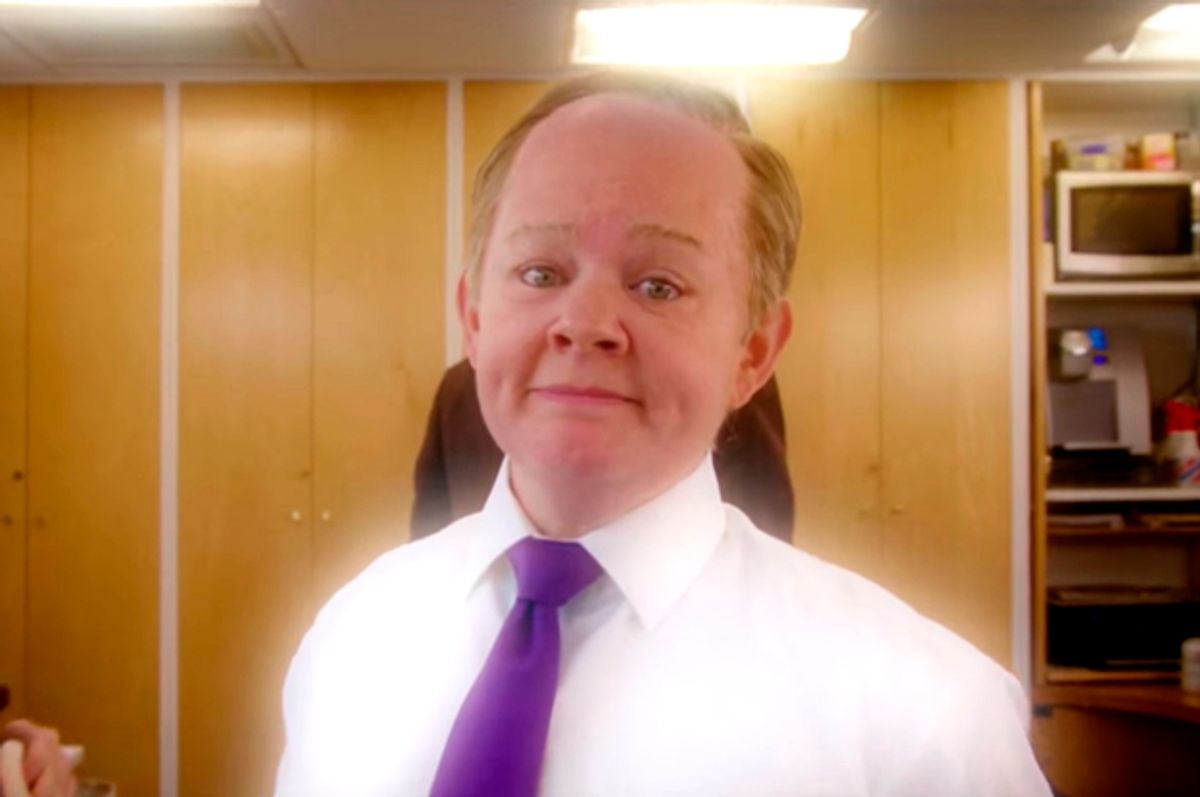 Beleaguered White House press secretary Sean Spicer may be keeping a low profile as his boss struggles mightily with messaging during the James Comey fallout, yet he is being well represented in the public eye thanks to the efforts of comedian Melissa McCarthy.

Today, a series of social-media posts have captured McCarthy in full Spicer regalia and riding around on a mobile podium outside the CNN Center in New York City.

Seems McCarthy and the "Saturday Night Live" crew are filming some Spicer-related material outside the CNN to coincide with her upcoming appearance on the late-night show. We've already seen the her tease her return to "SNL" via this frankly amazing video clip.

While it's unclear from this footage what exactly McCarthy is doing or how it will play into the skit that airs on Saturday night, performing in this already iconic role so publicly seems a shrewd way to build up press hype for the performance.

When your team spot @melissamccarthy recording a @seanspicer sketch for #SNL this weekend. Video by @donie screaming by @AshleyCodianni pic.twitter.com/lTut6bSHFE — Samantha Barry (@samanthabarry) May 12, 2017

@melissamccarthy I am SOOO looking forward to Saturday! Spicey is filming near Columbus Circle pic.twitter.com/PHZfvqJila — Edgardo Sanabria (@Edgardo_PhD) May 12, 2017

Just watched @melissamccarthy as Sean Spicer film a scene for SNL in front of my office pic.twitter.com/rv784x674H — Chloe Melas (@Chloe_Melas) May 12, 2017

Lest there be any doubt that McCarthy is deliberately stirring up buzz, the actress posted an image of herself in deep in character Instagram with the caption "Straight out da bushes." The joke is no doubt a reference to Spicer hiding in the bushes to avoid reporters' questions after President Donald Trump fired FBI Director James Comey (called it!)