WATCH: Seth Meyers mocks President Trump for contradicting his own White House on the story of James Comey's firing 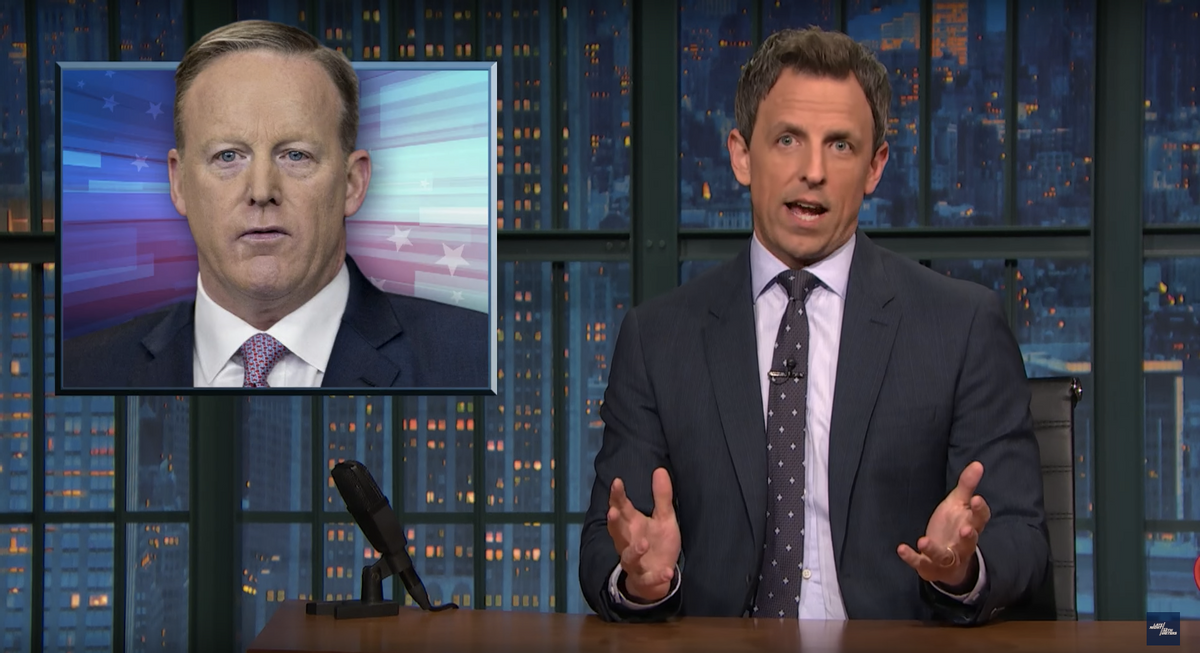 President Donald Trump appeared to contradict everyone who works with him on Thursday when he gave an interview with NBC's Lester Holt centering on his decision to fire former FBI Director James Comey.

Seth Meyers, host of NBC's "Late Night," was not even that shocked that Trump would admit his staff lied.

"So he just admitted that everything the White House has been saying since Tuesday is a lie," Meyers said on his "Closer Look" segment Thursday night.

"Trump's ego is so huge he can't even let somebody else have the spotlight in his own alibi," Meyers added. "He's like a Scooby Doo villain" that solves the mystery for the gang, he joked.

Because every story these days revolves around the White House's mishaps, press secretary Sean Spicer has become a nightly joke for the late shows. Meyers brought up Spicer's impromptu press conference in the bushes immediately after the Comey firing. The White House disagreed with The Washington Post's description, so the paper had to issue a correction noting a change of a prepositional phrase in a sentence.

"I wasn't in the bushes," Meyers said, mimicking Spicer. "I was merely among the bushes. You know, like they accepted me as one of their own."

"When the White House is clarifying the press secretary's position in relation to bushes, it is important to remember America is both among and in deep shit," Meyers said.

Spicer was lucky that the organizers of the Fyre Festival had an even worse week when it comes to brutal PR because Meyers was quick to turn his attention on Ja Rule.