Adam Schiff on "Real Time with Bill Maher": James Comey would "still have a job" if there was no there there 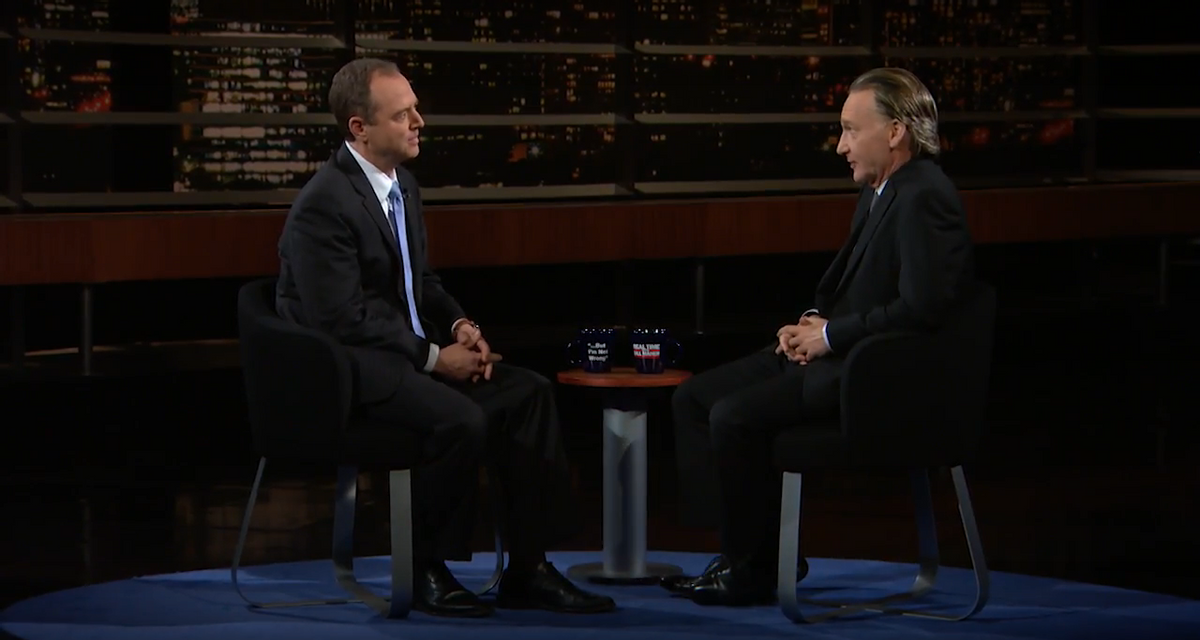 In the aftermath of James Comey's firing, "Real Time" host Bill Maher did not need to go far to find the right guest to discuss the latest developments with the FBI and the Russia investigation. Rep. Adam Schiff, D-Calif., who's congressional district includes Hollywood and Burbank, stopped by Maher's Los Angeles studio Friday night to offer his insights as the ranking member of the House Intelligence Committee.

To begin the interview, Maher pointed out that many conservatives live in a "different universe" where President Donald Trump has absolutely zero shady connections to Russian oligarchs.

"On Fox News, the talking point is always: 'Let's just wrap this up because after all this time there's no there there,'" Maher said. "What do you say to the no there there people, is there a there there?"

"If there was no there there, then James Comey would still have a job," Schiff confidently responded.

Since Trump was inaugurated, Schiff has been one of the most reliable Democrats in Congress, effectively holding the president's feet to the fire when it comes to his authoritarian tendencies and his disregard for the rule of law.

Maher asked Schiff what he would say to Trump supporters who blindly follow the president.

"Just as they wanted to tear down the democracy in France with Marine Le Pen and why they would like to see Angela Merkel defeated," Schiff added. "There is a real struggle of ideas around the world of authoritarianism versus democracy. Putin is leading the autocratic vanguard and he has imitators in Cairo and Ankara, Turkey and the Philippines."

"And you have a president of the United States who loves these authoritarian figures," Schiff agreed.