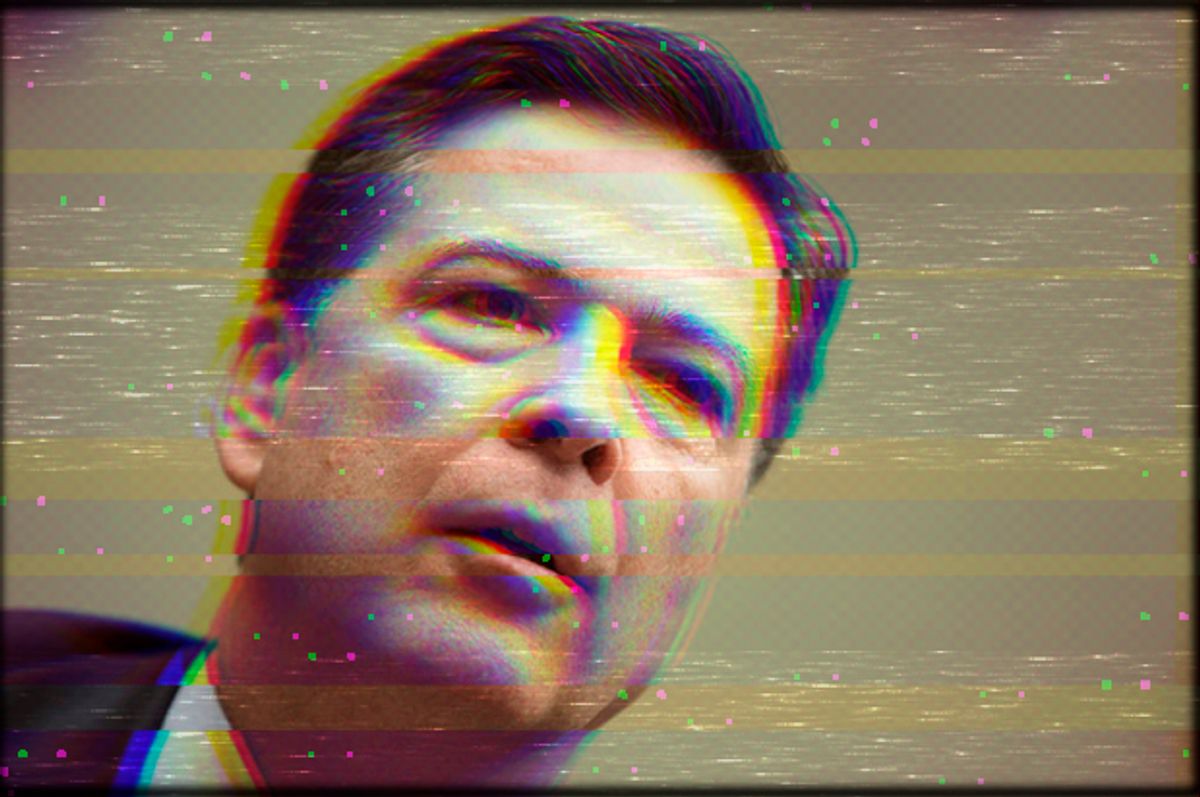 From the aggrieved liberal reaction to the White House talking points to the Democrats’ insistence that this is evidence of a Russia smoking gun; none of it makes sense.

But let’s start with the liberal reaction, because that part is at least kind of amusing.

Just a few months ago, liberals were all but ready to condemn Comey as a Kremlin agent, who had worked alongside the Russians to put Donald Trump in the White House and sink Hillary Clinton. He was the ultimate villain. At one anti-Trump demonstration, a protester held up a Soviet hammer-and-sickle flag with Comey’s face and the words “director of the KGB” emblazoned on it.

On July 5 of last year, Comey announced that while he wouldn’t recommend charges to be brought against Clinton, she had been “extremely careless” in her handling of classified information. Then, as everyone remembers, on Oct. 28, just 10 days before the presidential election, the FBI briefly reopened the investigation into Clinton's emails. The anger toward Comey for this perceived interference in the final stages of the race was intense. High-profile liberals immediately began calling for his head. But they’ve all been singing a different tune this week.

Keith Olbermann, who had previously said Comey’s credibility as FBI director was spent (hashtag #resign), came to his defense in a video for GQ this week, equating Trump's actions to "a coup against the ideals of the United States of America."

Filmmaker Michael Moore called Trump and Comey “collaborators and besties” when Trump kept the FBI director on board in January — then, after the president fired Comey, Moore jumped back on Twitter to warn of “dirty, corrupt things afoot.”

Columnist Kurt Eichenwald wrote a strongly worded piece calling Comey unfit for service in November. After Comey was fired, Eichenwald went on a lengthy Twitter rant about obstruction of justice, claiming there was no logical reason for Trump to get rid of him.

I know what you’re thinking. It’s entirely possible to feel that Comey acted unprofessionally in his handling of the Clinton email investigation and to now be concerned by Trump’s motives in firing him at this particular moment. It’s true. Those two things are not mutually exclusive. It is possible to be angered or concerned by both — yet there’s still a stink of hypocrisy to all this.

The liberal reaction to Comey’s firing wouldn’t look half as hypocritical and inconsistent if the same people hadn’t spent the last year embracing the notion that everyone and their grandmother was a Russian agent. If Democrats had displayed a little restraint in that regard, there’d be a bit more intellectual consistency to their anger and dismay at Comey's dismissal. But because they were willing to believe any Reds-under-the-bed conspiracy theory thrown at the wall regarding Trump and Russia, they now look pretty stupid treating Comey like the ultimate martyr of Russiagate.

For a good example of this chopping and changing, have a listen to Stephen Colbert’s liberal audience applauding wildly when he announced to them that Trump had fired Comey. No doubt many of those people were confused when Colbert corrected them and quickly brought them up to date on the current acceptable liberal thinking. But the reaction was understandable. The narrative of Comey-the-villain was thrown unexpectedly into total disarray.

So, aside from the liberal reaction, what else about this whole thing makes no sense? Well, pretty much everything. Both the Democrat and Republican reasoning for Comey’s firing have serious holes.

The Trump administration wants people to believe Comey was fired because of his handling of the Clinton email investigation, which is laughable from the man who spent months encouraging his crowds in chants of “Lock her up!” It’s unlikely that a single person on the planet believes Trump is experiencing some newfound sympathy for Clinton that led him to fire the FBI director, allowing Comey to find out about it while watching the news on TV.

On the other hand, the Democrats’ insistence that Comey’s dismissal is evidence that he was closing in on Trump over his campaign's alleged collusion with Russian officials is also questionable. If Comey really was planning to announce evidence that might lead to impeachment proceedings, firing him would be one of the most ill-advised things Trump could do at that point. Cashiering Comey wouldn't stop him from releasing such information — in fact, it would probably make Comey more determined to bring him down. Not to mention that if such evidence existed, Comey would hardly be the only person at the FBI who knew about it. Yes, it could be argued that getting rid of Comey and replacing him with a Trump loyalist could shut the investigation down internally -- but that's a huge risk to take.

So if none of the immediate theories make much sense, what does?

One thing that hasn’t received much attention is the fact that former Director of National Intelligence James Clapper testified the day before Comey was fired that he was unaware of any evidence linking the Trump campaign to Russian intelligence officials.

When asked about the separate FBI investigation, Clapper said he could only speculate, but said that perhaps the information “didn't reach the evidentiary bar in terms of the level of confidence that we were striving for.” He also said the sourcing in the dossier compiled by British spy Christopher Steele and released in January could not be corroborated. That testimony may have encouraged Trump to think that he could fire Comey with the confidence that the Russia investigations would lead nowhere.

But maybe we’re assigning too much thought and reflection to Trump’s actions.

Trump is a petty man who is obsessed with his own brilliance, and who needs constant reassurance from everyone in his circle (and outside it) that he is truly the best, the greatest, the most tremendous of all. He may have had it in for Comey since March 4, when the FBI director disputed the president’s random claim that former President Barack Obama had wiretapped him during the election campaign. On May 3, Comey compounded Trump’s anger when he testified to Congress that it made him “mildly nauseous” to think he could have had any impact on the election.

Less than a week later, Comey is out and the White House gives the ridiculous reasoning that it has something to do with his handling of Clinton’s emails a year ago. What’s more, they try to pass it off -- at least at first -- as something Trump did purely on the recommendation of the attorney general and deputy attorney general.

It’s also possible that Trump miscalculated and thought Democrats would cheer at Comey’s firing. Maybe he thought he’d get some great “ratings” from it. He’s got the best ratings ever, you know? All those polls that say he doesn’t are just fake news!

According to a report in the New York Times, Trump was surprised when New York Sen. Chuck Schumer told Trump that firing Comey would be a mistake. Trump possibly assumed, according to the report, that Democrats would be delighted, since so many of them had blamed Comey for Clinton’s election defeat.

Whatever is going on here, either we're nowhere near the bottom of it — or it’s just far simpler than it looks.