Don't call me mama — not today, not ever

Mother's Day is a complicated holiday for many people. Not every child-free woman wants to be included 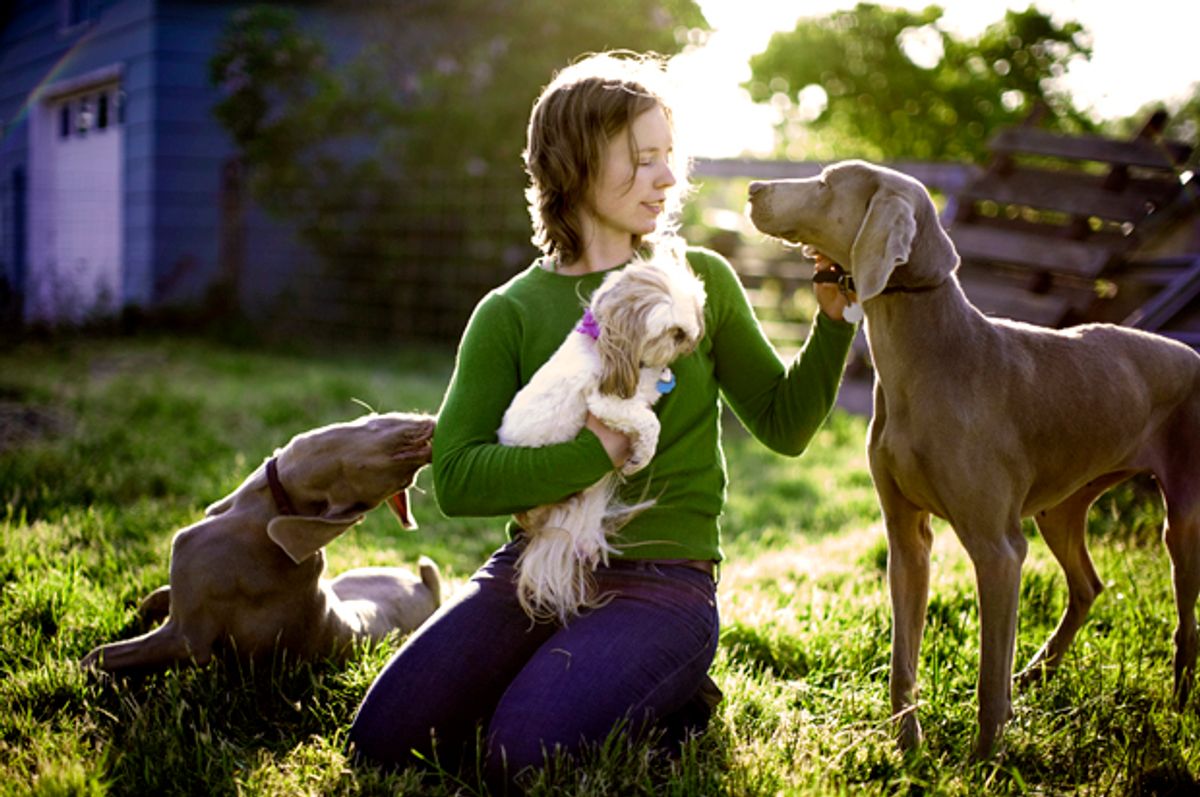 Last year on Mother’s Day, my mother called me before I could call her.

I was going to call to ask how she liked the flowers I sent. You know, because she’s the Mother and it’s her Day, not mine.

A brief flash of panic: Does she know something I don't?!

“You’re raising Nora,” she pointed out. “And Rex and Harold.”

Nora is a terrier; Harold and Rex are rescued cats. I adore them, but they are not my children. I am not the mama, to use a ’90s sitcom catchphrase, nor will I ever be.

It dawned on me that with all of the fuss my female cohort enjoys on this day, maybe my sweet mom didn’t want me to feel left out.

Mother’s Day used to be a day for people to celebrate their mothers — and, in turn, for mothers to accept the meager tributes proffered by kids grown and small, ungrateful wretches and li’l angels alike, with a smile and, who knows, maybe an unspoken wish for one well-rolled joint instead of the macaroni art trash the school sent home.

Unless you waited tables at a brunch hotspot, Mother's Day was once pretty easy to avoid if you didn't partake. But with the ubiquity of social media, like everything else in our lives — learning the sex of a fetus, asking someone to Prom — Mother’s Day has become a publicized spectacle, an obligatory photo op for the carefully curated private life made ever more public each year. Add into the mix the manic social media performance that seems to be almost compulsory now: “HAPPY MOTHER’S DAY TO ALL THE AMAZING MAMAS IN MY LIFE” followed by what seems like every woman the person knows tagged by name, it's a day tailor-made to make the vulnerable feel left out. (Come to think of it, those dog flowers should come with something to take the edge off, too.)

Because while for some people Mother’s Day is a simple and joyous celebration, for others it can be a day of mourning, tension, anger, resentment, sorrow, yearning, and complicated love. I can’t blame any woman for accepting flowers on behalf of the dog on a day as fraught with emotional minefields as this, especially those who feel the sting of not being a mother, for any reason, acutely and personally.

And so I get the desire to avoid inadvertently hurting anyone's feelings by excluding them from the emoji explosion. Some of us, though, are good where we are. And it’s not just my mom who wants to assign me the motherhood status I’ve worked so hard to avoid. The word “fur-baby” had to come from somewhere. (Guillermo del Toro’s nightmares?) Now there's special coffee for Dog Mother's Day, and there's even a parody song — once corporations are cashing in on them, Dog Moms are officially a thing. At the veterinarian’s office, the staff calls me Mom with absolutely no trace of irony. Internally, I recoil, but I would feel churlish telling them to stop. Humans understand each other through relationships and the status they confer. In our culture, to be a mother is to have ascended to a higher social plane, somewhere between war hero and minor deity. Without that status, is a woman just . . . a woman? (The message is implied: Are you sure you want to stop there, honey?)

A recent study shows that parental status really is rewarded in our culture — some people actually feel moral outrage toward non-parents. This stigma can be relatively impotent — disapprove of my alone time in the bathroom, chumps — but it also manifests itself in the pernicious policy roadblocks on women’s health and workplace equality. In light of research like this, even benign comments can contribute to the bias that women are seen only as potential (or failed) mothers, not as the individuals we are.

Mother’s Day — and Father’s Day, too — can suck for a number of reasons. To be clear, I would never tell another person that their dog is not their child, or that the only legitimate Cat Mom is an actual calico suckling a litter. If an individual identifies as a Dog Mom, I respect that and celebrate it and will even feel slightly less creepy about babytalking her dog in public, so thanks! Hell, I will recognize the parent of a brood of five Twitter sock-puppets that troll Piers Morgan all day. Life as a human is hard enough without denying each other these comforts.

But in the sugar-rush of today’s bottomless mimosas, let’s not get carried away and assume every woman of child-rearing age longs, even on an unspoken level, to be included in the flowers-and-pancakes fuss. Some do; be kind. And remember as well that some of us are just trying to walk our dogs over here, and don't mind one bit sitting this Sunday brunch out.