UPDATED: The networks are cleaning the cabinet. Will your go-to show survive? 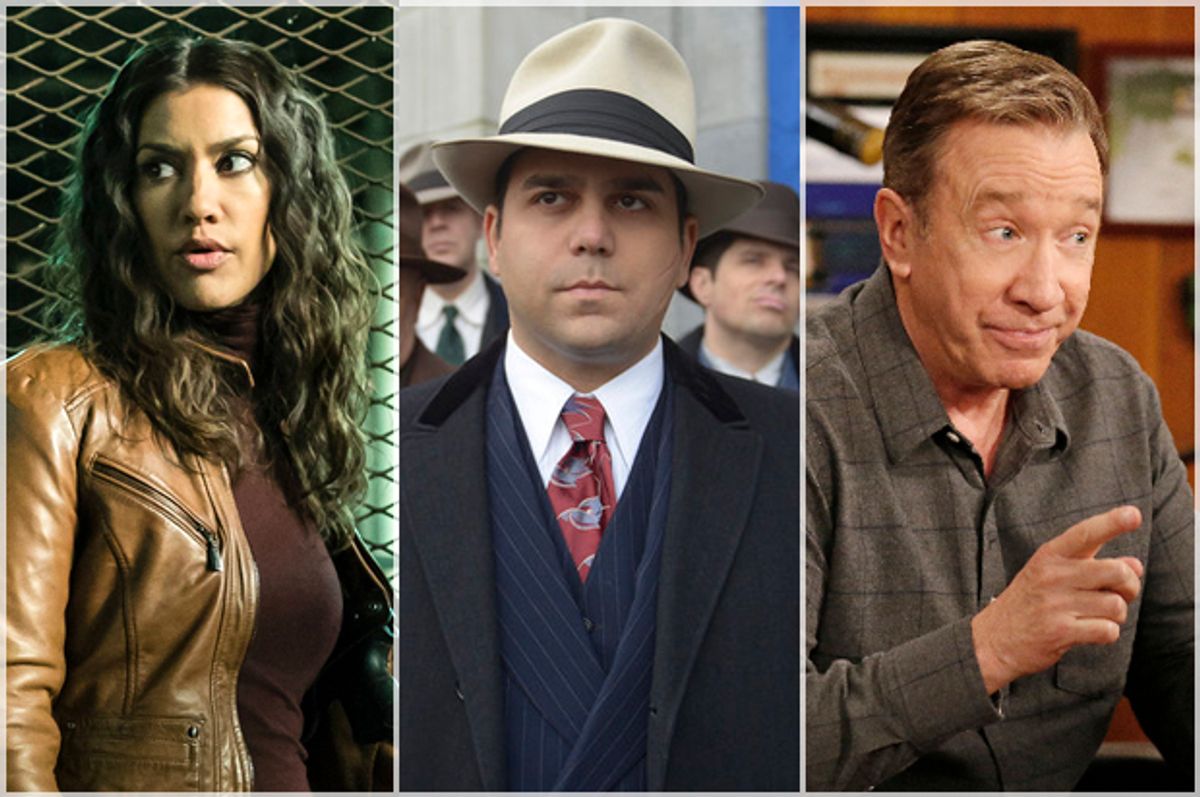 Every day, brave Americans with aches and pains say prayers before knocking back ancient aspirin and give thanks after they survive that game of chance. Others toss out any antique ointments and pills from medicine cabinets and drawers en masse as part of a spring cleaning ritual. That’s a safe and sensible practice, even though many medications remain viable long past their expiration date. Did you know that?

It’s true. In 1979 a law was passed requiring drug manufacturers to assign expiration dates to their wares. But this merely represents the date until which a medication’s full potency and safety is guaranteed. With the exception of most liquid antibiotics, insulin or other life-sustaining meds (which one should not mess around with), many over-the-counter remedies remain usable past their expiration dates. Then again, sometimes we can just tell that something’s bad by looking at it. Out it goes.

That’s a long way of saying that we throw out a lot of perfectly viable products designed to make us feel better. This is happening right now in Hollywood on a massive scale.

Starting next week, ABC, CBS, NBC, Fox and The CW will unveil their fall schedules to advertisers as part of a week-long hullabaloo known as the upfronts. The idea is to sell their respective prime-time schedules to entice agencies into committing to ad buys before the fall schedule premiers.

But in order to make room for new contenders, the networks also enact a ruthless decluttering, throwing out series that have proven to be of limited efficacy in order to make room for new shows. Ergo, to the average person, upfronts week is when we find out which of our beloved shows is getting the ax. That is, if we haven’t gotten the news already. Here’s what we know so far, per trade reports.

Currently in third place, ABC generated headlines this week by reviving “American Idol” and announcing that its buzzy hit “Scandal” is bowing out at the end of next season, the show’s seventh. Rest assured Shonda Rhimes shows no signs of slowing down. “Grey’s Anatomy” will be back for a 14th season, and a fourth season has been granted to “How to Get Away with Murder.”

“Agents of S.H.I.E.L.D.” and “Once Upon a Time” also received renewals (though who can say what that means without Ginnifer Goodwin, Josh Dallas, Jared Gilmore and Emilie de Ravin, whose departure from the cast was announced on Friday). However, “Once” star Jennifer Morrison is leaving the series after this season, returning for just one more episode after that. And freshman series “Designated Survivor” continues its term with sophomore season pick-up.

On the comedy front, ABC doubled down on “Modern Family” and “The Goldbergs,” granting two additional seasons to both shows. The network also renewed “Black-ish,” “The Middle,” “Speechless,” “Fresh Off the Boat” and “American Housewife.”

Recalling that previous explanation of sell-by dates, behold the cancellation of a perfectly usable show: “Last Man Standing.” Though I’ve long been immune to Tim Allen’s appeal, his Friday night half-hour is the second-highest-rated comedy on ABC according to Nielsen’s season-to-date rankings.

Still on the bubble: “Quantico.”

“This is Us” revitalized NBC’s fortunes, which is why it was picked up for second and third seasons earlier this year. Alongside NFL football and “The Voice” (also renewed), the acclaimed drama helped give NBC a decent foothold in the season-to-date Top 20. Hooray for tearjerkers!

NBC is keeping “The Blacklist” on the schedule, along with three out of four of Dick Wolf’s Chicago procedurals (that would be “Chicago Med,” “Chicago Fire” and “Chicago PD”) as well as “Law & Order: SVU.” “Shades of Blue” and “Blindspot” also live on, as will “Taken.”

Among its sitcoms, “Superstore,” the Tina Fey-produced “Great News” and “The Good Place” will all return in the fall. Still no word on "Chicago Justice" or "Celebrity Apprentice."

Updated: One series that was headed for the black bag is “Timeless,” but the passionate devotion of the show's fanbase moved NBC to grant it a limited reprieve from cancellation. Nice job, Time Team!

Headed out on that march into the long night are “Grimm,” “Blacklist: Redemption,” “Emerald City” and “Powerless.”

The Eye network has remained the top-rated among the big four for eons, and much of that success can be attributed to its stable schedule. This means there aren’t a whole lot of holes to fill. This also means that if a show isn’t listed here, it has already been renewed.

CBS canceled one series early in its run, and that’s the Katherine Heigl vehicle “Doubt.” Joining it in the great beyond are “The Odd Couple,”  “Pure Genius,” “2 Broke Girls” and “Training Day,” which lost its star, Bill Paxton, who passed away earlier this year.

The jury’s still out on  “The Great Indoors,”  “Criminal Minds: Beyond Borders,” “Code Black” and "Ransom."

Update: "Elementary," previously on the bubble, has been renewed for a sixth season.

To Fox’s credit, if a show is performing the network doesn’t make a show of keeping its audience in suspense. Thus, renewals for Lee Daniels’ dramas “Empire” and “Star” arrived early. “Gotham,” “Lucifer” and “The Last Man on Earth” are also coming back, along with “Lethal Weapon,” "The Exorcist" and “The Mick.” “The Simpsons” is returning too, obviously.

The network’s “expired” list includes “Bones” (which, like “Grimm,” established it would end after the current season), “Rosewood,” “APB,” “Son of Zorn,” “Pitch,” “Making History” and “Sleepy Hollow,” a show that went bad some time ago.

Still being evaluated for viability: “New Girl,” “Bob’s Burgers,” “Scream Queens,” “Prison Break,” “Shots Fired” and “24: Legacy.” “Family Guy” hasn’t gotten the official green light either, but its chances of renewal are better than most.

The littlest broadcast network that could is owned by CBS Corporation, and like its dominant network counterpart, renews its series early and doesn’t make many changes. So if it’s on the air now it’s probably going to stay on. Happily that is said to include “Riverdale” and cult TV favorite “iZombie.”

“Reign” and “The Vampire Diaries” aired their series finales already, and newcomers “No Tomorrow” and “Frequency” expired not long after emerging from the assembly line.

Mourn if you must. After that, take your vitamins, because next week we meet the new fall shows.