Retired NFL players speak out about marijuana and pain

They get real about their experiences with pain management, painkillers, and the NFL. 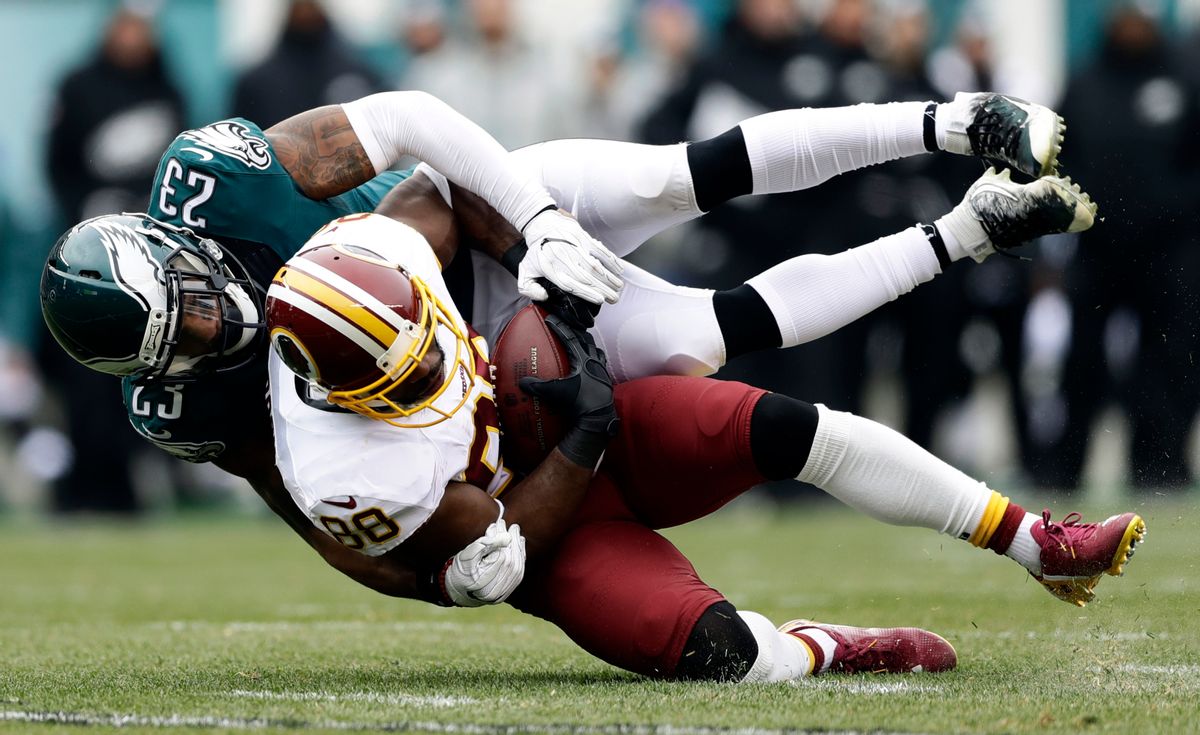 Washington Redskins' Pierre Garcon (88) is brought down by Philadelphia Eagles' Rodney McLeod (23) during the first half of an NFL football game, Sunday, Dec. 11, 2016, in Philadelphia. (AP Photo/Matt Rourke) (AP)
--

“Hey, everybody. Thank you so much for being here,” said Del Jolly, CW Hemp’s business development manager. “We’re excited to tell you about who we are, how much care is put into this product, and how it’s incredibly legit, incredibly safe and incredibly high-quality, something we need to get the NFL to start understanding.” The former players put on protective glasses and prepared to tour the facility. “You all got a grow house in here?” asked one player. Another inquired about a free sample before the tour began, and another asked, “Will we be able to drive home when we’re finished?” The room laughed. “It depends on what you had before this,” Jolly explained.

Ebenezer Ekuban, who played defensive end for nine NFL seasons, told the Washington Post: “Every day, I wake up in pain, from my ankles to my neck. It’s part of the territory. I know what I signed up for.”

Eugene Monroe, who was released by the Baltimore Ravens last year after calling for the league to permit medical marijuana: “This pain is never going away. My body is damaged. I have to manage it somehow. Managing it with pills was slowly killing me. Now I’m able to function and be extremely efficient by figuring out how to use different formulations of cannabis.”

Read more about the players’ tour, and their experiences with pain and marijuana, at the Washington Post.