Racists love the Confederacy, and Virginia Republican gubernatorial candidate Corey Stewart is in the center of it 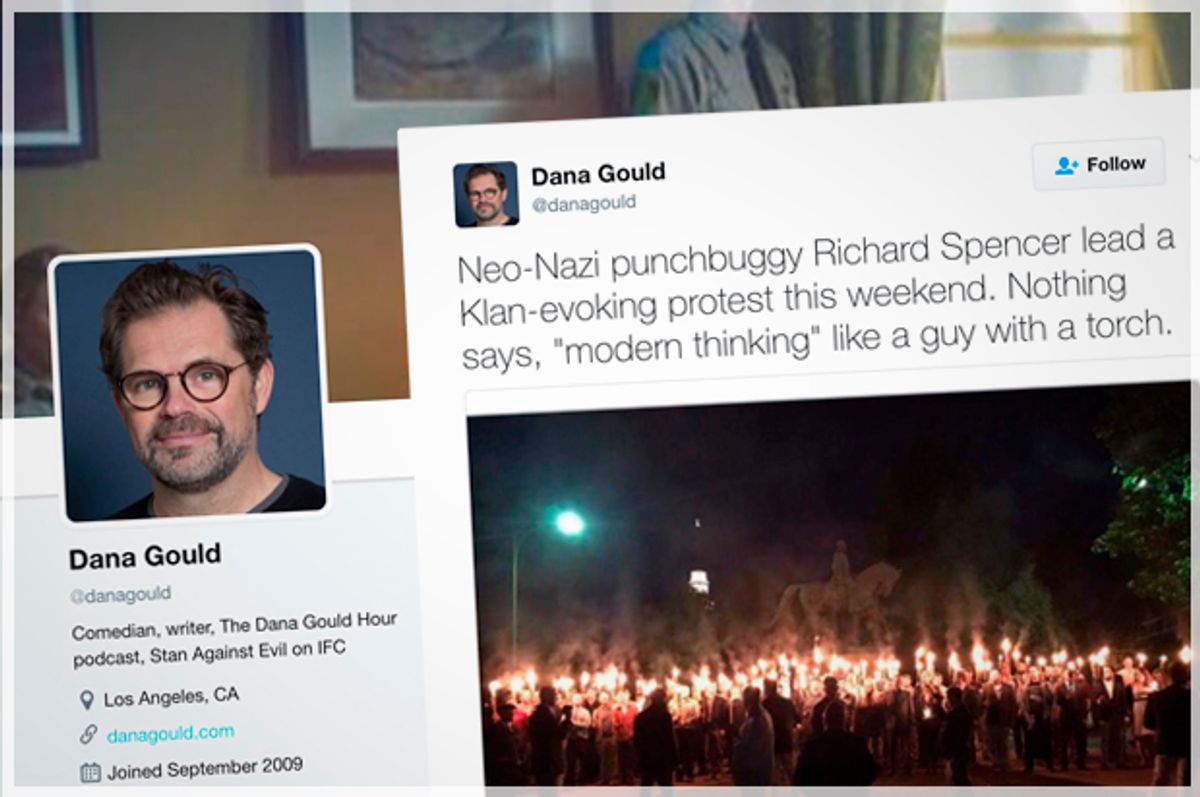 Virginia Republican Corey Stewart has made defending monuments to the Confederacy one of his signature issues in his outsider bid for the governor's office in a flagrant bid to court racist voters while pretending he wasn't.

But now Stewart has a problem. On Saturday, a group of racist "alt-right" activists led by publicity hound Richard Spencer held two protests in the Virginia city of Charlottesville demanding that the mayor cancel plans to remove a statue dedicated to Robert E. Lee, the famous Confederate general.

The nighttime event, which was reminiscent of an old-fashioned Ku Klux Klan cross burning rally according to some of its critics, put Stewart in a bind.

The prolific Twitter user has been unusually silent recently about the issue. He's kept that silence through Monday although he's promised to make a statement tonight at 7 pm on his Facebook page.

According to WUSA, a Washington-based TV station, Stewart is weighing dropping out of the race entirely.

"Political operatives said Stewart must decide whether to disavow Spencer and the rhetoric that emerged at the protest, or embrace it and leave the governor’s race," the WUSA's Peggy Fox reported earlier today.

Of course, the reality is that racist activists have long been in favor of keeping Confederate monuments up and this has been known to anyone who wanted to pay attention to recent controversies in New Orleans or elsewhere.