Here's how an N.J. congressman responded after a constituent pressured him to hold a town hall 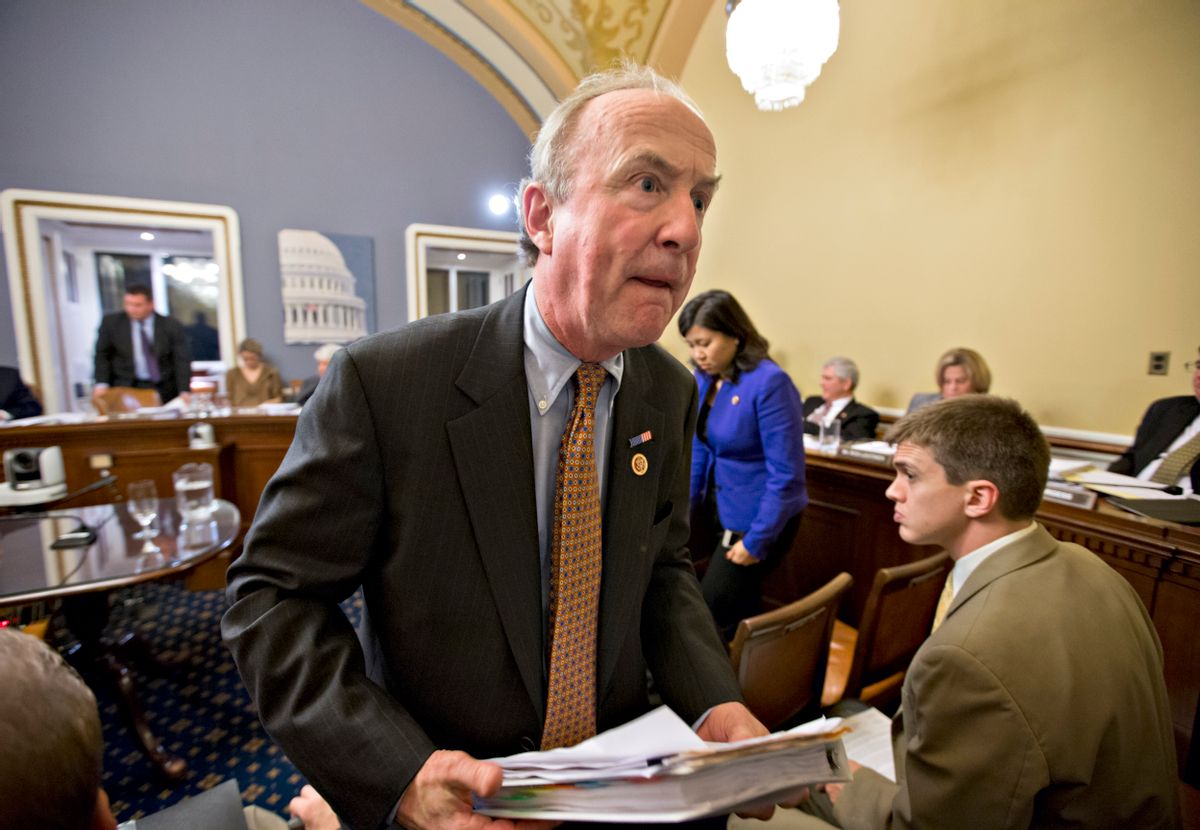 Many Republicans have made their election strategies quite clear: silence all forms of dissent by any means necessary, even if that requires being a tattletale.

New Jersey Rep. Rodney Frelinghuysen indicated in a fundraising letter to the board member of a local bank that activist, Saily Avelenda, was working as an employee of his. She is a member of the group NJ 11th for Change, a group that was organized after the election of Donald Trump and was pressuring Frelinghuysen — who hasn't held a town hall in four years — to meet with his constituents as well as oppose the president's agenda, according to WNYC.

Avelenda was criticized at her job for her political activism.

"Needless to say, that did cause some issues at work that were difficult to overcome," she said. Avelenda was a senior vice president and assistant general counsel at the bank, but she eventually resigned, citing the reprimanding of her activism as just one of many reasons.

In the fundraising letter, Frelinghuysen asked his supporters to contribute to his campaign two years in advance because of the immense opposition he was facing — or in other words, being held accountable by voters. "But let’s be clear that there are organized forces — both national and local — who are already hard at work to put a stop to an agenda of limited government, economic growth, stronger national security," the letter said, according to WNYC.

A note at the bottom of the letter, written in pen the same ink as Frelinghuysen's signature, said "P.S. One of the ringleaders works in your bank!" The letter also included an article that had quoted Avelenda.

"I had to write a statement to my CEO, and at my level as an assistant general counsel and a senior vice president, at this employer it was not something that I expected," Avelenda said. "I thought my congressman put them in a situation, and put me in a really bad situation as the constituent, and used his name, used his position and used his stationery to try to punish me."

It seems as if Frelinghuysen would much rather meet with defense contractors like Lockheed Martin, who tops his donor list, than New Jersey voters. The congressman hasn't met with his constituents via town hall in four years, and instead substituted the meetings with two telephone town halls. Frelinghuysen has also complained about the amount of phone calls his office has received recently, according to WNYC.

"For people who have jammed our lines and made it difficult for us to meet our constituent needs, it would be nice for you to back off," he said. "I’m not suggesting people don’t have a right to speak and let their views be known, but some of this is highly orchestrated and it’s unfortunate."