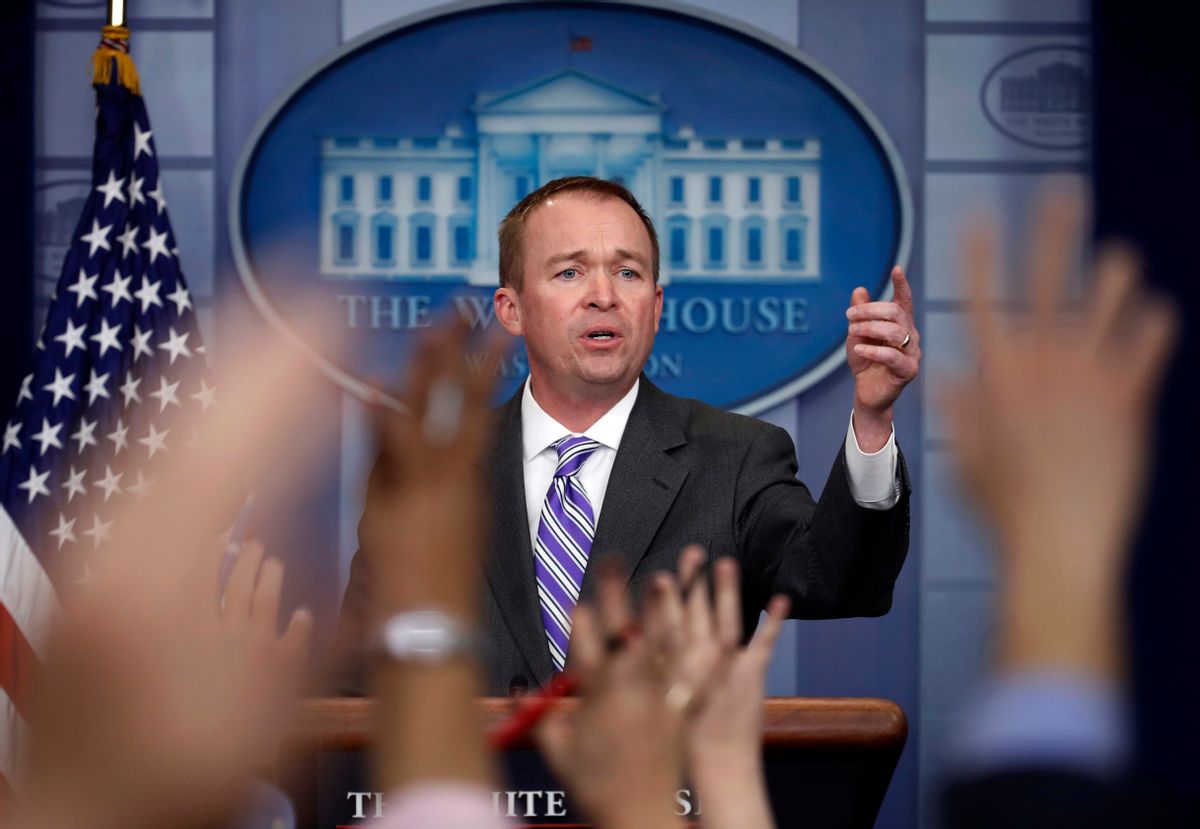 The American Diabetes Association is teaching Mick Mulvaney, who serves as head of the Office of Management and Budget under President Donald Trump, a valuable lesson about human biology.

On Thursday, Mulvaney told an audience at the Light Forum at Stanford University that people who get diabetes may not deserve affordable health insurance.

"That doesn't mean we should take care of the person who sits at home, eats poorly and gets diabetes. Is that the same thing as Jimmy Kimmel's kid? I don't think that it is," Mulvaney told the audience, according to a report by the Washington Examiner.

But as the American Diabetes Association pointed out in a public statement on Friday, the notion that the condition is solely caused by poor lifestyle choices is both offensive and inaccurate.

"All of the scientific evidence indicates that diabetes develops from a diverse set of risk factors, genetics being a primary cause," the statement said. "People with diabetes need access to affordable health care in order to effectively manage their disease and prevent dangerous and costly complications. Nobody should be denied coverage or charged more based on their health status."

This isn't the first time that Mulvaney has made comments which critics perceived as calloused and factually challenged. In March, Mulvaney caught flak for arguing that cutting funds to Meals on Wheels was "probably one of the most compassionate things we can do" because it allowed the government to "guarantee to you that that money is actually being used in a proper function."

Not only was this remark derided for its insensitivity, but it ignored the fact that Meals on Wheels has been demonstrably very effective.