Preet Bharara op-ed: "Are there still public servants who are prepared to say no to the president?" 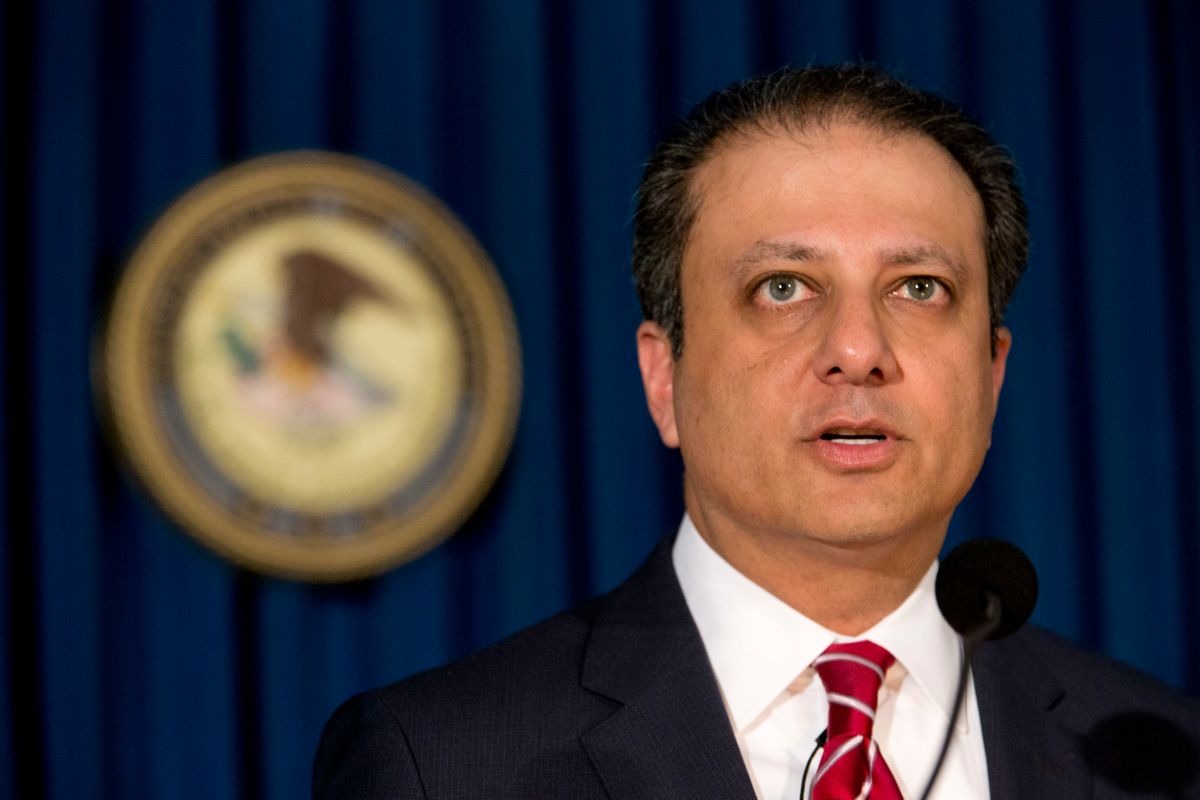 Preet Bharara, the U.S. attorney in New York who was fired by President Trump after refusing orders to resign, published an insightful op-ed in the Washington Post on Monday that posed a simple question: "Are there still public servants who are prepared to say no to the president?"

"Jim Comey was once my boss and remains my friend," Bharara wrote. "I know that many people are mad at him. He has at different times become a cause for people’s frustration and anger on both sides of the aisle. Some of those people may have a point. But on this unsettling anniversary of that testimony, I am proud to know a man who had the courage to say no to a president."

Bharara was referring to when the then-deputy attorney general for the George W. Bush administration stood up to the White House and objected to a clandestine terrorist surveillance program. That was in 2007. Bharara commended Comey's willingness to take a stand when power attempts to overreach.

The former U.S. attorney didn't compare Trump's firing to Watergate, nor did he call it Nixonian. However, he compared it to an even more recent representation of executive branch overreach — "when the Bush administration inexplicably fired more than eight of its own U.S. attorneys."

He detailed the wake of the actions, and how the White House couldn't keep its story straight. Bharara highlighted the eventual congressional response: a bipartisan inquiry. The investigation lead to not only the surfacing of previously unknown information but more importantly  "every top leader" stepping down. Bharara said that the recent events have given him deja vu, and discussed three major things that need to happen moving forward.

"First, we need a truly bipartisan investigation in Congress," he wrote. "Second, the new FBI director must be apolitical and sensitive to the law-enforcement mission, not someone with a long record of reflexive partisanship or commentary on the very investigative issues that will come before the bureau." In his third rule, he requested that an "independent and uncompromised special counsel" provide oversight into the Russian investigation. Without having to endlessly beat the commonly used fear-inspiring drum of Russia attempting to interfere with a presidential election, Bharara delivered a refreshingly rational response to Trump's most blatant abuse of power.

"History will judge this moment. It’s not too late to get it right, and justice demands it."