Why did Donald Trump's attorney tweet a picture of his daughter in a bra? 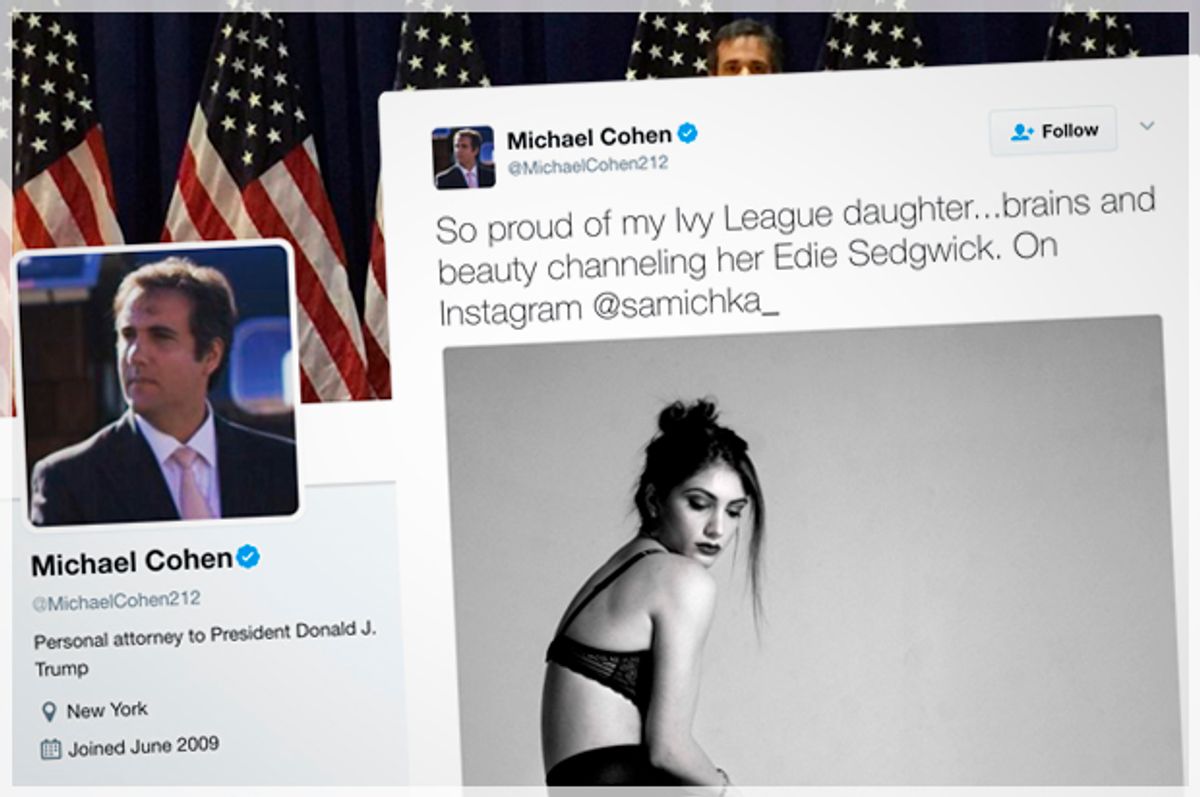 President Trump's personal attorney, Michael Cohen, had what many viewed as an odd and very cringeworthy moment on twitter yesterday while attempting to deliver praise to his own daughter. He posted a black-and-white photograph of his daughter, Samantha Blake Cohen, wearing only stockings and a bra.

"So proud of my Ivy League daughter . . . brains and beauty channeling her Edie Sedgwick," he tweeted along with her instagram handle. The photograph seems to resemble an old picture of the model Sedwick, according to the Washington Post.

Cohen was immediately bombarded with responses that were generally critical of his post, but his reply to one user was a bit strange, to say the least.

Without even attempting to speculate what that could mean, let's just move on to some other responses.

Shannon Coulter pointed to the irony of the entire situation and how a model such as Sedgwick would have likely been highly critical of Trump, his administration and those that defend him.

Cohen's daughter defended her father's decision to post the picture of her. "To try to paint my family as incestual is degrading and downright disgusting," she said in a statement. "This is an example of the media blowing things out of proportion and using an easy target, a young woman, as a vehicle to tear down other young women."

"My father does not think I’m ‘hot’ and him posting a professional photo taken of me in a bra and pants does not mean he sexualizes me."

"I find it hypocritical that those who consider themselves liberal would criticize a woman embracing her body." She added, "How would you feel if people thought your father was sexualizing you? Wouldn’t you feel hurt and embarrassed?"