Trump told Comey, “I hope you can let this go,” according to The New York Times 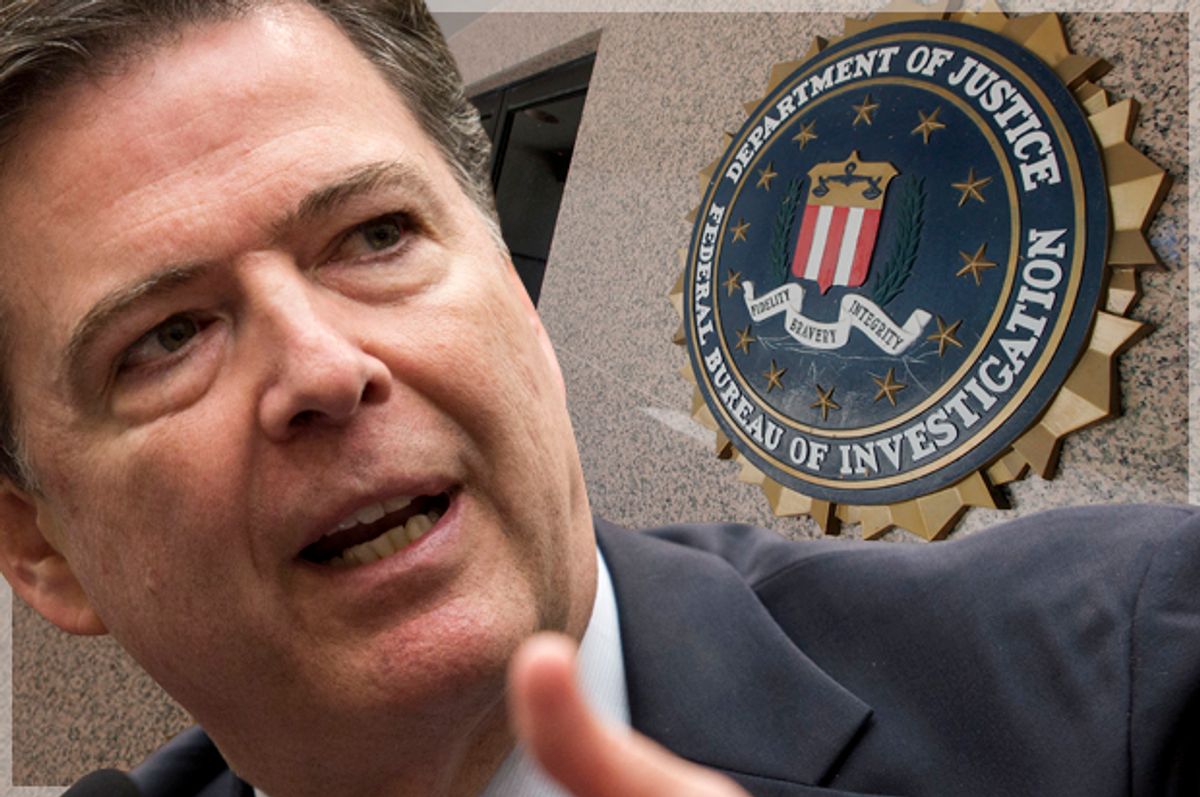 The day after former national security adviser Michael Flynn offered his resignation, President Donald Trump asked the FBI chief to drop an ongoing probe of Flynn’s possible ties to Russian officials, according to a report by The New York Times.

“I hope you can see your way clear to letting this go, to letting Flynn go,” Trump allegedly asked Comey in February, according to a memo written by Comey. NBC News and Reuters have both confirmed the Times’ report. Flynn had been asked to resign from his White House post in February, after it was revealed that he had discussed sanctions against Russia with that country’s ambassador to the U.S. before Trump’s inauguration.

Times reporter Michael Schmidt told MSNBC on Tuesday that the day after Flynn was let go, Trump called Comey to the White House and "kicked everybody else out of the room" — including Vice President Mike Pence — and made the request one-on-one.

According to the Times report, “The memo was part of a paper trail Mr. Comey created documenting what he perceived as the president’s improper efforts to influence an ongoing investigation.” The memo was read to a Times reporter by one of Comey’s associates. Comey also reportedly shared the existence of the memo with senior FBI officials.

The leak of the memo appears to be Comey's way of pressuring Republican committee chairmen who have yet to invite him to Capitol Hill for an open hearing.

For its part, the White House issued a statement pushing back against the Times’ report:

Last week, acting FBI Director Andrew McCabe also said the White House had not tried to interfere: “There has been no effort to impede our investigation to date,” McCabe said.

After Trump abruptly fired Comey last week, McCabe assumed leadership of the FBI and the investigation of possible collusion between the Trump campaign and Russians.