What Baltimore needs now: Leaders who will help end the violence

My city is the murder capital of the U.S. now. Where are all the leaders who showed up after Freddie Gray died? 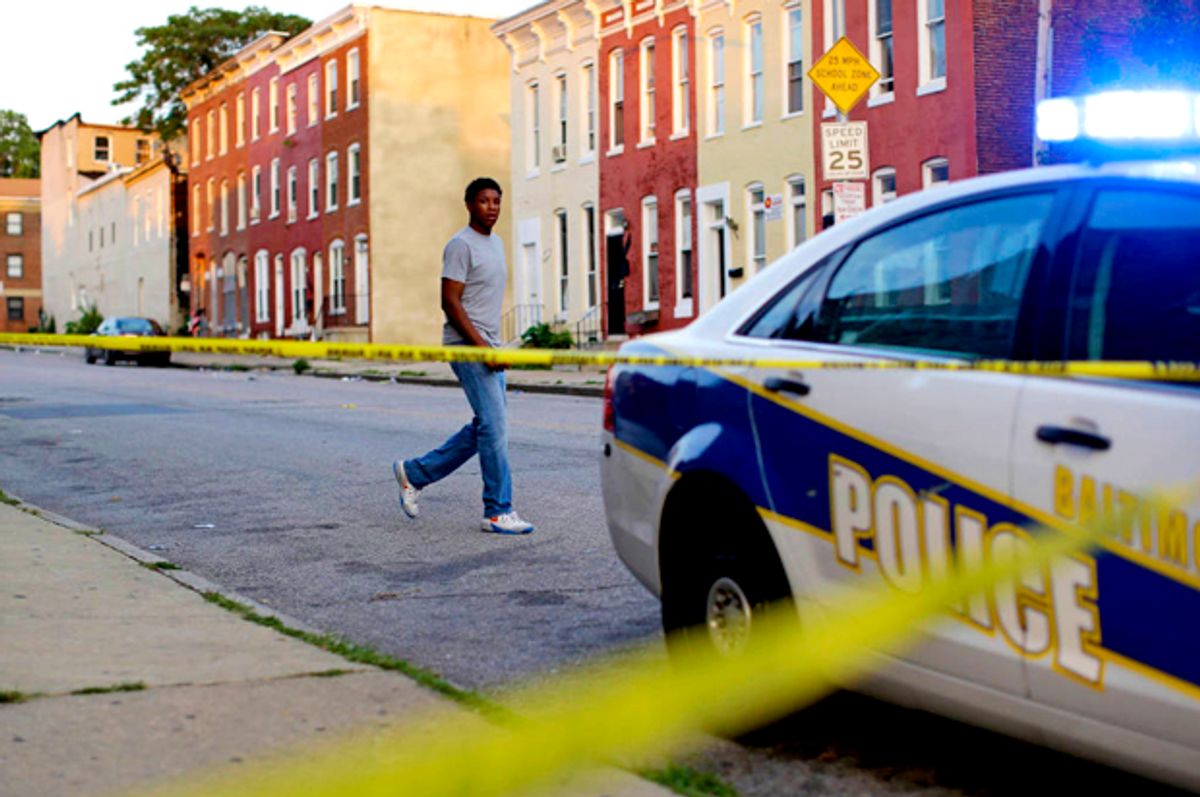 I woke up extra early to prepare to teach a surprise writing workshop at a high school in east Baltimore, my home. As usual I shuffled through missed texts, tweets and Instagram mentions, catching up on the stories I missed the previous night.

I saw posts from the usual mix of friends, jokesters and ideology debaters, but most of them weren't reaching out in their usual playful or celebratory tones. They were sharing a recent Washington Post article that all but named Baltimore the homicide capitol of America.

“As of Friday, 124 people had been slain, including five on a recent day, making Baltimore’s homicide rate one of the highest in the country. It is more than triple Washington’s rate and higher than the homicide rates in New Orleans and Chicago, two places that have become national symbols of gun violence,” reports the Post.

I wish I could say that the story shocked me, but it didn't. Baltimore has been known as a murder capital for as far back as I can remember — it feels like a part of the culture here.

The other day I wanted to buy new pair of Nike Air Max before heading to the airport, so I went to a sneaker store on Monument Street. I ran into an old high school buddy, Chris, smoking a Black & Mild near the window by the store. I pulled up on the corner, jumped out of the car and gave him a hand shake.

“Bro, wassup? Let me see that,” I said, reaching for his Black & Mild. I took two pulls and walked toward the store's entrance.

Shots rang out all crazy. Everyone's heads whipped back and forth, but no one saw where the noise came from, so we all went back to business as usual — just as if it didn’t happen.

“We always got those big dumb-ass sizes in stock, you hear me!” the clerk said with a laugh. “You need some big ass socks too?”

I laughed and told him no. He brought out the shoes, I cashed him out and left the store.

As I pulled off, I saw an ambulance and a bunch of people gathering, with cops stretching that familiar caution tape from pole to pole. Five minutes into my ride to the airport, the shooting — whoever the victim was, and the idea that it had happened so close to me — left my mind.

This can’t be normal.

It’s only May and we have already lost 124 people in Baltimore. Knowing this, I have to walk into a high school today — as I try to do every week, even when book tour stops put me in multiple cities in several days — and talk about gun violence and the ills of street life. I offer solutions for surviving these types of situations: read and write, while trying not to get murdered. I like to think that my presence helps, but does it really? I’m just one person talking about these issues and I’m not even 100 percent safe myself.

As a Baltimore resident, I really live in Baltimore. I’m in every section of the city, from the back of the projects and abandoned blocks to the gentrified cafés and restaurants. I have relationships with people who live here but weren’t aware of the killings until the Post article and others who deal with murder so much that death doesn’t even dominate a conversation cycle for more than a week. This leaves us all in a horrible position, both the group of people who are close to this world but don’t know that it exists and the group so wrapped up in the culture that they can't see how big and horrible the problem is.

All of my black friends from Baltimore and scores of the students I have interacted with throughout this school year follow an Instagram account called Murder Ink. It documents every homicide that happens in the city of Baltimore, but in a dangerous way — not only does it normalize murder, it even sparks excitement when recognizable victims appear on the feed. This is altering our grieving process; just as quickly as we are hurt by a murder, we're forced to heal in way and at a pace that’s not natural. I’m not demonizing the Instagram account. But I am taking issue with our lack of urgency around finding solutions.

This is bigger than the citizens. The biggest surprise — but not really — is the absence of our leaders doing anything of substance. When Baltimore erupted in 2015 after the death of Freddie Gray, everyone wanted to play activist, jump on the news and lead the city. Where are those people now?  Twenty-nine candidates ran for mayor in the last Democratic primary. Most of them are long gone now. There's one reason why voter turnouts are low and younger generations have little to no faith in the system. It’s my responsibility to take that hard truth, too, to the students addressed today.

I rolled up into the classroom an hour after I read the story and asked the workshop participants to gather into a circle.

“Hey guys, our city is not doing so well right now,” I said, looking them in the eyes. “The current leadership isn’t really thinking about you. So if you want Baltimore to be a better place, it’s going to start with you. I’m here to help. Tell me what you need.”