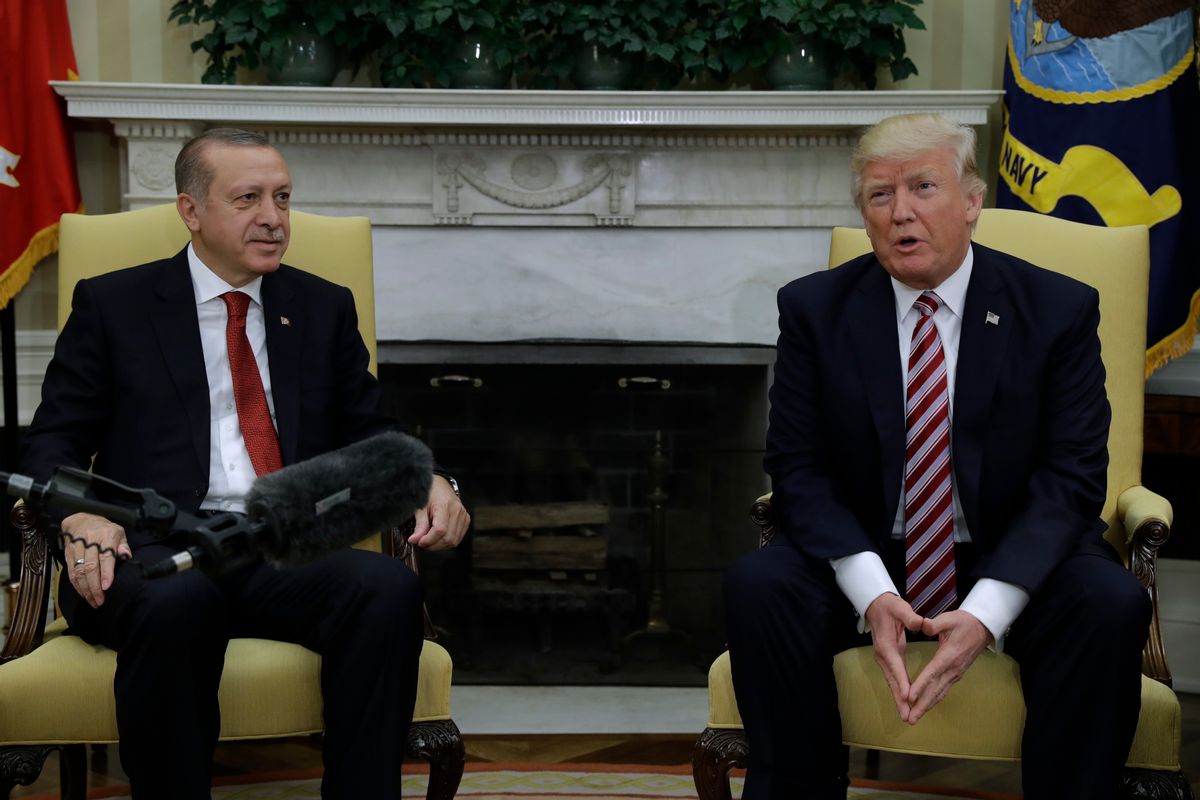 When protesters demonstrated outside the Turkish embassy in Washington on Tuesday, Turkish President Recep Tayyip Erdogan's security guards were ready to violently suppress them.

The demonstrators were violently suppressed as they exercised their right to protest on American soil by foreign law enforcement.

Details vary as to what exactly happened at the embassy. The Washington Post reported that two people were arrested and the violence began among different factions of demonstrators. By contrast, The Guardian claimed that the violence broke out because Erdogan's security guards attacked the demonstrators, while BuzzFeed News somewhat cited a D.C. police officer who claims that 10 people were arrested.

The stories can't even agree as to whether Erdogan was in the building when the protests occurred, with a local NBC News affiliate saying that he was present and The Washington Post reporting that he was not.

Voice of America's Turkish service was at the very least able to post video of the fighting and identify Erdogan's security guards among those violently clashing with the protesters.

Protester Flint Arthur told CNN, "They think they can engage in the same sort of suppression of protest and free speech that they engage in in Turkey. They stopped us for a few minutes ... but we still stayed and continued to protest Erdogan's tyrannical regime."

Both The Washington Post and CNN report that nine people were injured.