So the GOP is anti-duckling now?

Maybe Rep. Mark Walters should have ducked away from this issue (sorry!) 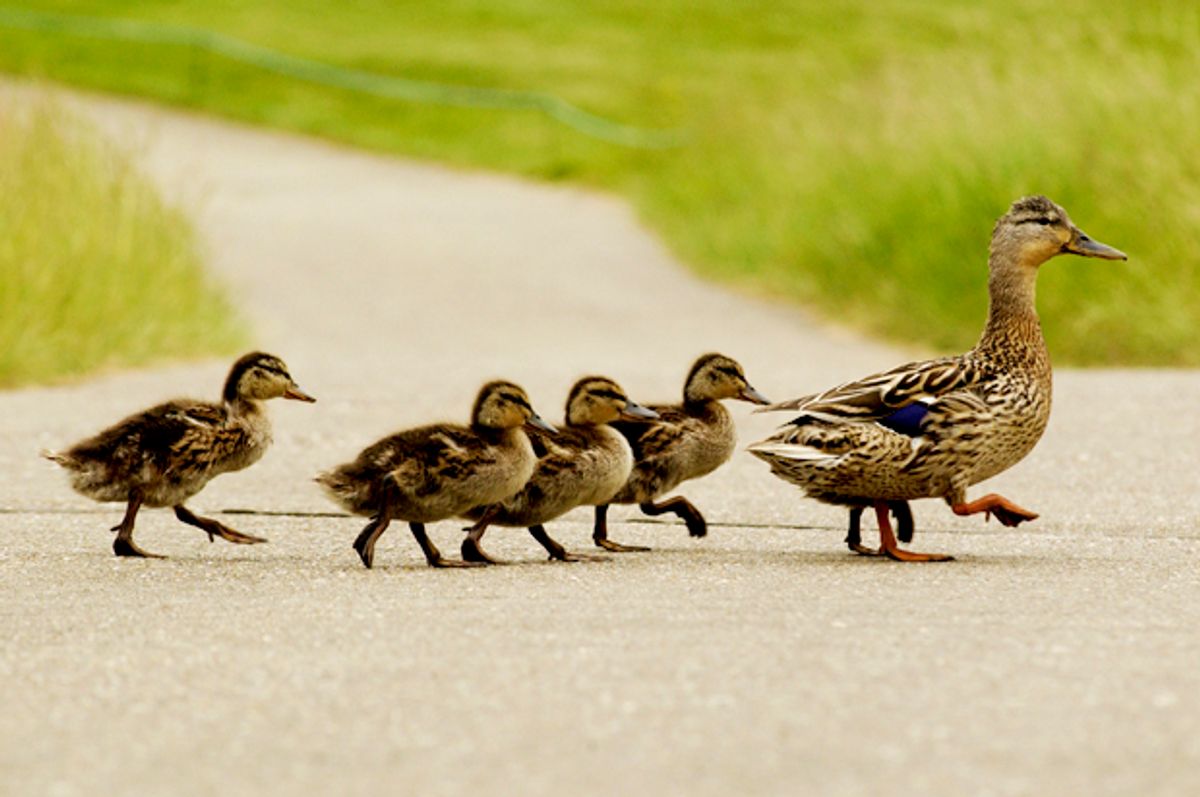 Republican Rep. Mark Walker of North Carolina is weathering a backlash after he decided to illustrate his views on government waste by attacking the popular duck ramps at the U.S. Capitol Reflecting Pool.

According to a statement by the office of the Architect of the U.S. Capitol, the Union Square Duck Ramps were constructed so that four broods (or "families of Mallard ducks") could more easily enter and leave the Reflecting Pool despite the large limestone curbs that surround the body of water. As Nancy Skinkle, a director in the organization's Planning and Project Management Division (PPM), explained in a statement, "After consultation with City Wildlife, we held a design charrette to determine the best ramp design to allow ducks of all ages to enter and exit the pool easily over the existing limestone curb."

Anne Lewis, the president of a nonprofit called City Wildlife that helped build the ramps, told The New York Times that, "Ducklings get into the water — often helped there by visitors — and then can’t get out because of the high curb at the water’s edge. They will drown from exhaustion or die of starvation unless they have a way to get out of the water."

Walker is already facing backlash from constituents in his own district for supporting the American Health Care Act, which will hurt individuals who have pre-existing conditions. It doesn't help Walker's image that his lack of compassion apparently extends even to ducklings.