Republicans in Congress are preparing to investigate President Trump 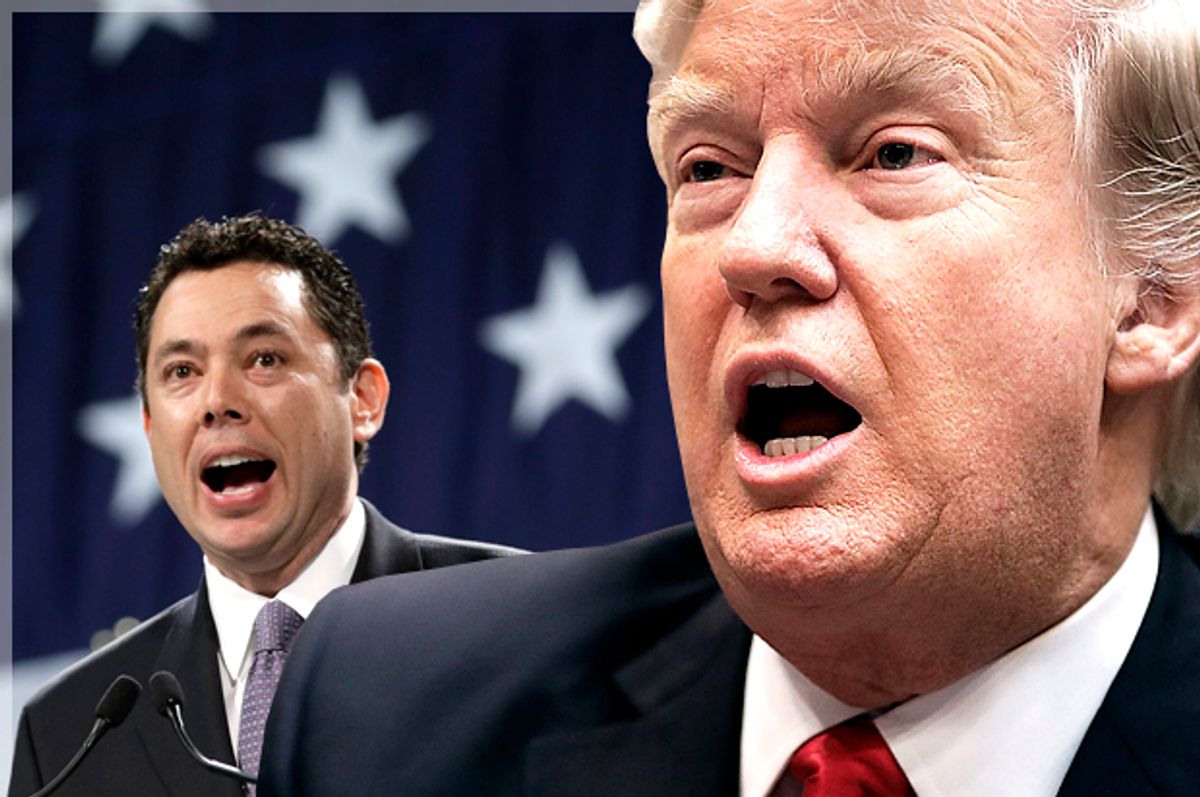 President Donald Trump's own party is starting to turn against him.

This isn't to say that they have a coherent idea of what to do about Trump's firing of FBI Director James Comey, the subsequent revelation that he asked Comey not to investigate former national security adviser Michael Flynn or the revelation that Trump shared highly classified Israeli intelligence with Russian officials. But a recent breakdown by the Washington Post found that five Republican Senators and 10 Republican House members want to appoint a special prosecutor who can independently investigate Trump. Another 16 Republican lawmakers have expressed disapproval of Trump firing Comey, while stopping short of calling for an independent investigation.

Wednesday afternoon the Senate Judiciary Committee sent a letter to Acting FBI Director Andrew McCabe referring to a New York Times article which discussed how former FBI Director James Comey created memos recording the contents of conversations he had had with Trump. The letters requested that "the FBI provide the Committee with all such memos, if they exist, that Mr. Comey created memorializing interactions he had with Presidents Trump and Obama, Attorneys General Sessions and Lynch, and Deputy Attorneys General Rosenstein, Boente, and Yates regarding the investigations of Trump associates' alleged connections with Russia or the Clinton email investigation." The agency has until May 24 to produce any such memo.

In similar news, House Oversight Committee Chairman Jason Chaffetz, a Republican from Utah, tweeted that he "officially noticed a hearing for next Wed at 9:30am ET with former FBI Dir Comey."

Chaffetz noted on Twitter that he had yet to speak with Comey, who "evidently has a new" phone number.