In her first interview since being fired, Yates says she told the White House that Russia had leverage over Flynn 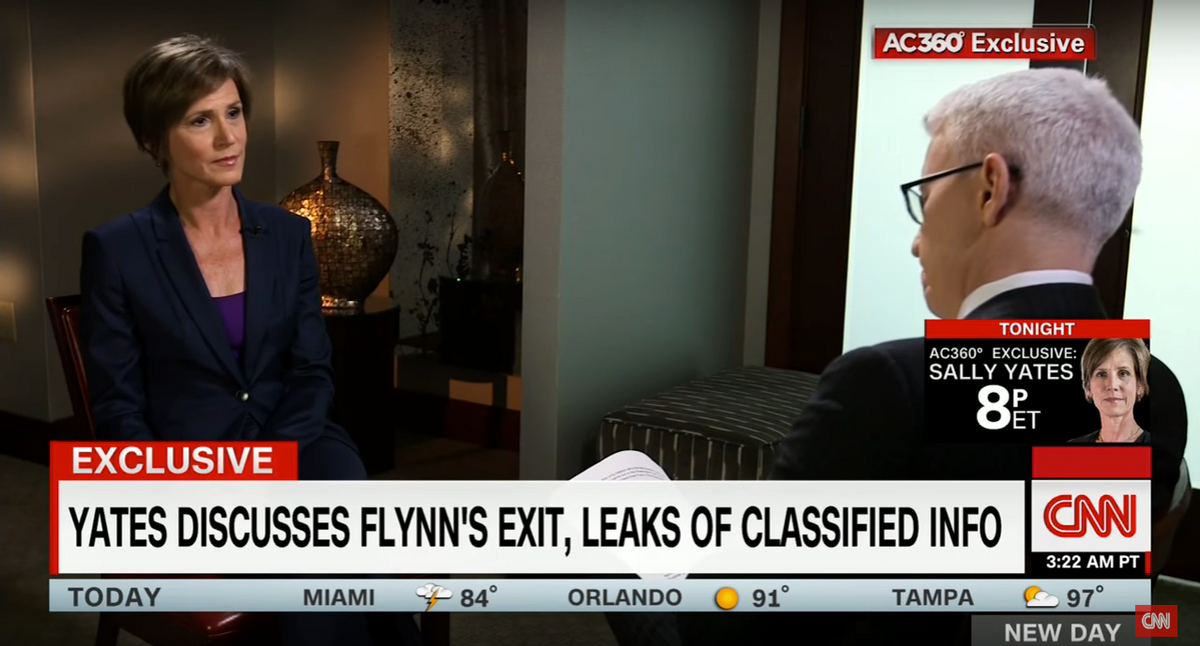 As President Donald Trump finds himself in more trouble for inappropriately firing his former FBI director and sharing classified intel with Russia, the foreign power that helped elect him, former acting attorney general Sally Yates gave her first press interview Tuesday since she herself was let go by the president.

In the interview, conducted by CNN's Anderson Cooper, Yates described the situation with Gen. Mike Flynn, Trump's former national security adviser who was fired for lying about his contacts with Russian ambassador, as a "serious compromise situation."

“This was a serious compromise situation,” Yates told Cooper. "The Russians had real leverage.”

Yates then refuted a talking point from the White House — that Yates merely gave them a "heads up" about that possible compromising situation.

“There was nothing casual about this,” Yates said. “I absolutely did not use the term ‘heads up.'"

"When you call the White House counsel and say you have to meet with them that day about something you can’t talk about on the phone and you tell them that their national security adviser may be able to be blackmailed by the Russians, I’m not sure how much more of a siren do you need to sound," she added.

“We had made arrangements over the weekend. That was one of the other issues that he raised in the second meeting was whether they could look at the underlying evidence that established General Flynn’s conduct,” Yates told Cooper in the interview. “This is really unusual for us or for the FBI to allow that.”