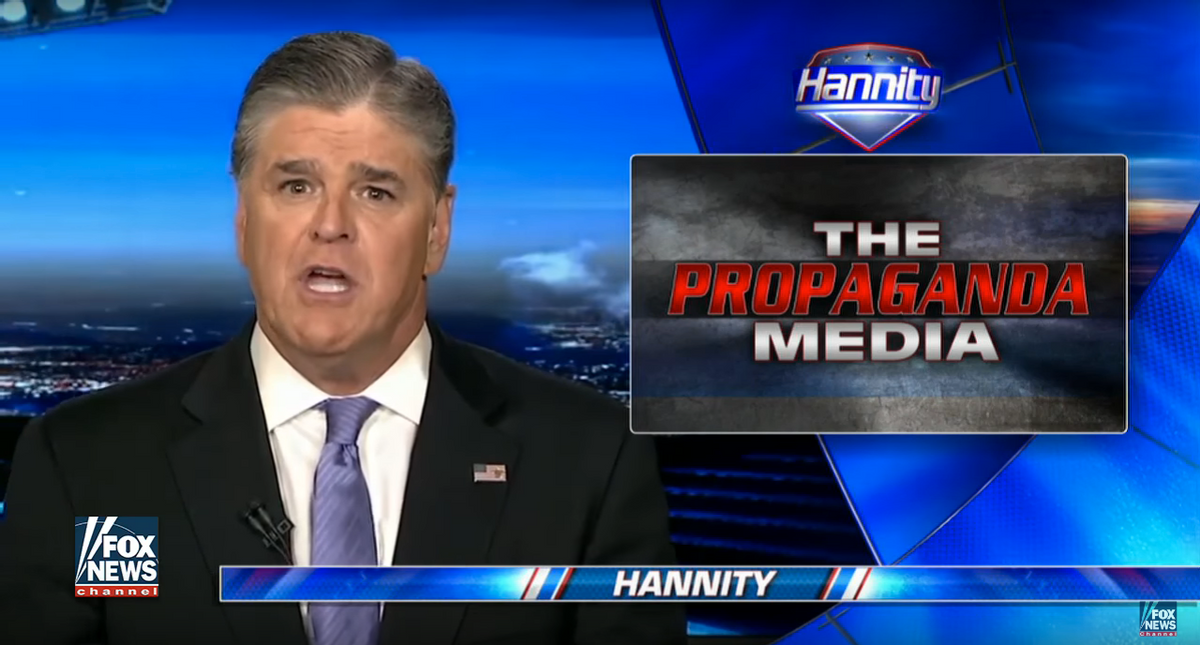 The night before on "Hannity," the right-wing host led off his monologue with a paranoid rant claiming that "Trump-hating" Washington Post got its story about the president sharing highly classified intelligence with the Russian ambassador and foreign minister when they visited him in the Oval Office wrong.

Hannity claimed that many administration officials have denied the report on its face — this, despite the fact that national security adviser Gen. H.R. McMaster offered only a fact-free non-denial denial when he addressed The Washington Post story on the White House lawn.

"But that does not stop the 'destroy-Trump' media from running wild with all of this," Hannity said Tuesday night. One of Trump's most loyal and vocal backers, the host described the media's coverage of Trump as "hyperventilating breathlessness. " A graphic reading "the propaganda media" appeared over his left shoulder.

Believing that media outlets such as The Washington Post and CNN are hellbent on bringing down his administration, Hannity has suggested to the president and the public that Trump should eliminate White House press briefings.

Fox News, meanwhile, has done whatever it takes to minimize the damage resulting from the latest story regarding former FBI Director James Comey's alleged memos — ones which reportedly contain dialogue he had with Trump about the ongoing investigation into the president's Russia ties. While MSNBC and CNN were running breaking news chyrons alerting viewers about allegations that Trump had asked Comey to end the FBI's probe into Gen. Mike Flynn, Fox News' Tucker Carlson was doing a story on the Clinton Foundation.

On Tuesday, Carlson could be found shouting at a New York City council member about the state of Penn Station's bathrooms. Comey did not come up.