After a high-profile death under his watch, Clarke is moving up to the Department of Homeland Security 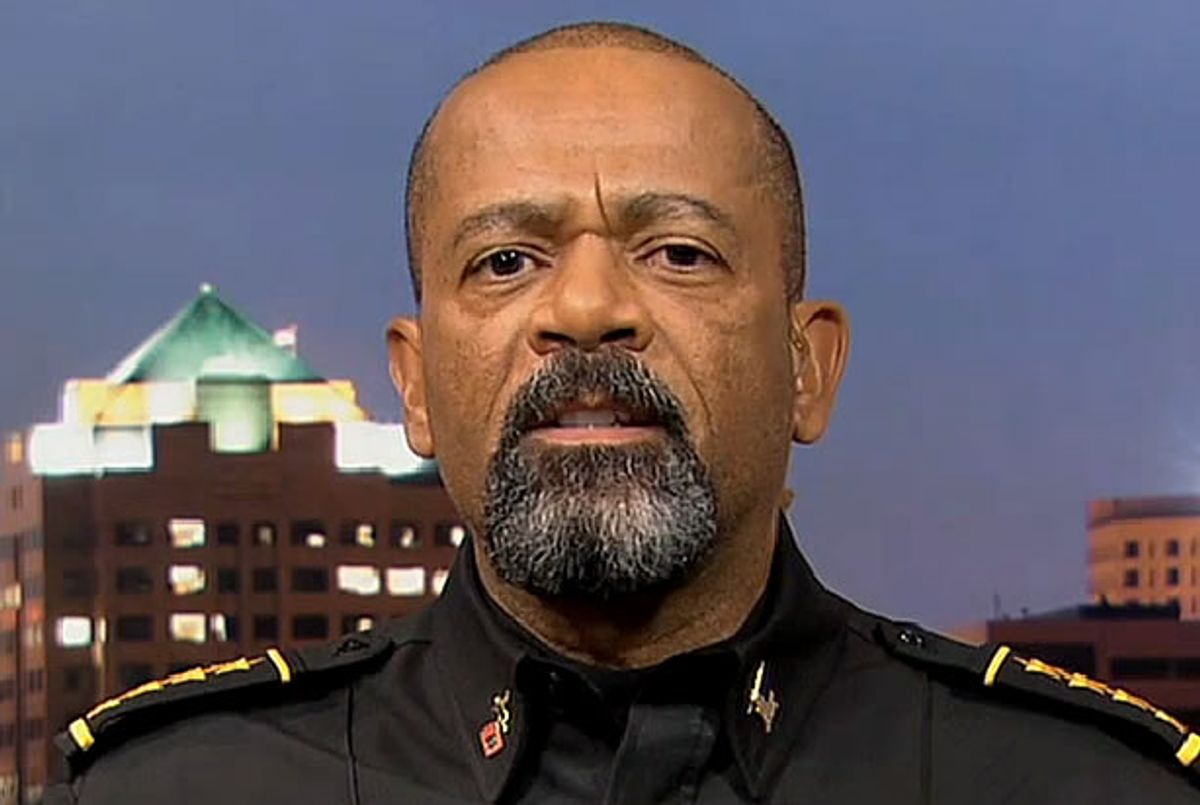 Milwaukee Sheriff David Clarke has officially accepted a job with the Department of Homeland Security to serve as a deputy secretary, and he's pretty much the worst possible pick for the position.

On Wednesday Clarke informed conservative radio host Vicki McKenna of the news during an interview, according to The Hill.He is set to work in the department's Office of Partnership and Engagement as a liaison with state, local and tribal law enforcement and governments, according to the Milwaukee Journal Sentinel. He said some of his responsibilities would consist of taking "complaints of shortcomings in the Department of Homeland Security" and added that "they feel like they're being ignored." Clarke will not need a confirmation hearing for his position, according to the Milwaukee Journal Sentinel.

Clarke has been a strong supporter of President Trump since his time on the campaign trail. He is also a questionable law enforcement figure.

The Milwaukee Sheriff received support from Wisconsin's Republican Gov. Scott Walker, even after four inmates died in Milwaukee county in just six months. Clarke was accused of a covering up an incident from 2013 when a Sheriff's deputy crashed into a woman's car and broke her neck. The driver, Tanya Weyker, was later falsely charged with driving while under the influence of alcohol.

Clarke previously said that as many 1 million people who, according to him are terrorist sympathizers, should be shipped to Guantanamo Bay and added that it's time to suspend habeas corpus.

Clarke has also blamed progressive policies for creating a culture of violence and poverty in black communities and called the Black Lives Matter movement "Black Lies Matter." In an article for Fox News he once wrote, "You see, Black Lives Matter is proving itself to seek only one end — and that is discord, alienation among Americans, rise in hate, and destruction of community bonds."

Clarke doesn't believe there is a problem with police brutality in America and insists that there is actually a "war on police."

Unsurprisingly, he has said some ridiculous things on Twitter as well.