Scott Walker stands by David Clarke, even after 4 inmates died in Milwaukee jails in 6 months 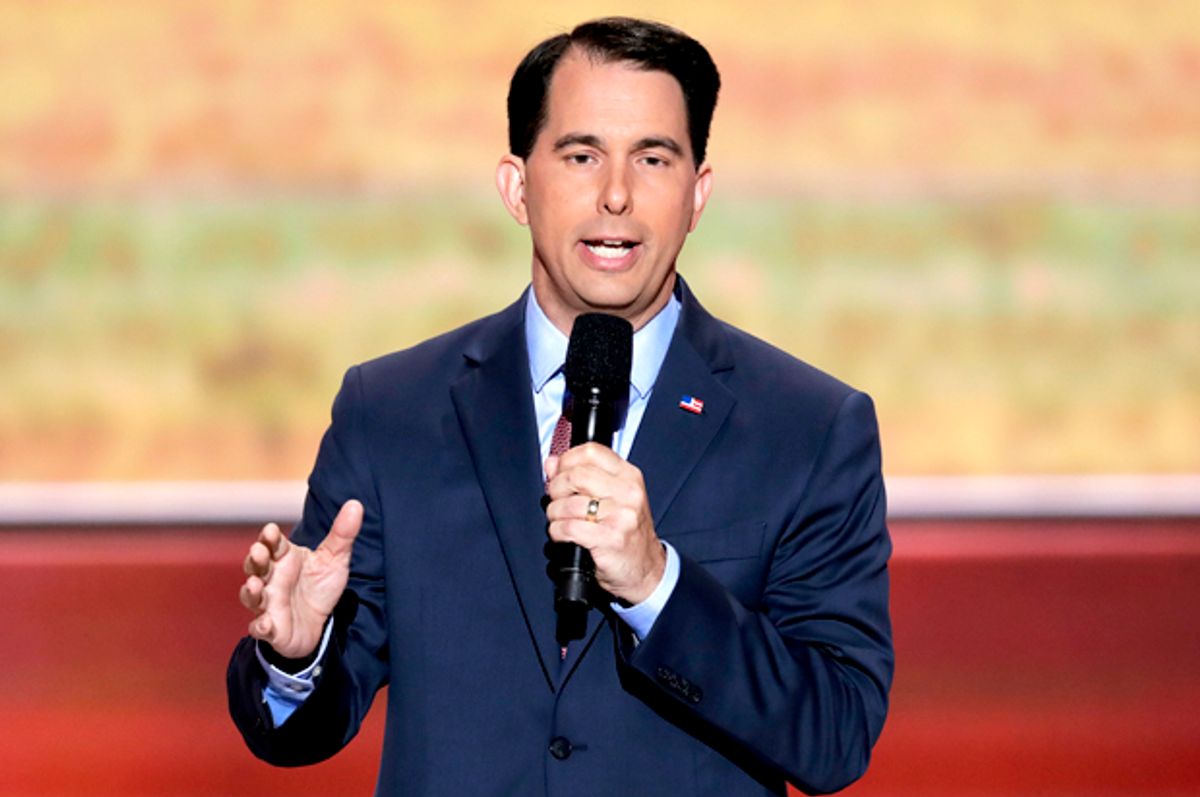 Scott Walker, the Wisconsin governor, indicated on Wednesday that he will not take any action against Milwaukee County Sheriff David Clarke, the Chicago Tribune reported. Walker said that while he has the authority to remove Clarke, he did not believe it was just job to do so.

"I'm not in a position to say," Walker reportedly said, adding that it was up to voters to determine Clark's fate.

The conservative governor admitted that the surge of inmates' deaths were concerning. Terrill Thomas, a 38-year-old inmate who died in April, was the fourth inmate to die in Milwaukee County in the past six months.

"I've read some of the stories," Walker said. "I don't make decisions based on what I see in the stories. I want to look at a scientific report and I haven't analyzed that yet."

Walker claimed Wednesday that the only time a Wisconsin governor had considered removing an official from office — that he could remember — was related to a sexting case, "so it was a much different situation," he said.

An immigrant rights group petitioned Walker on Wednesday to use a law that would authorize him to remove negligent county officials from office, the Tribune reported.

In response to the petition, a Clarke spokesman released a statement denigrating the group, the Tribune reported.

"They couldn't beat at the ballot box so they are resorting to asking the governor to undo an election that was will of the people. This is what scummy people and organizations do," the statement said.

Clarke chalks up the deaths to the high number of incarcerated individuals in his county.

"I have nearly 1000 inmates. I don't know all their names but is this the guy who was in custody for shooting up the Potawatomi Casino causing one man to be hit by gunfire while in possession of a firearm by a career convicted felon?" Clarke said in a statement to the Tribune in March. "The media never reports that in stories about him. If that is him, then at least I know who you are talking about."