Donald Trump's poll numbers are falling, as calls for impeachment are getting louder

Donald Trump’s poll numbers are falling, as calls for impeachment are getting louder 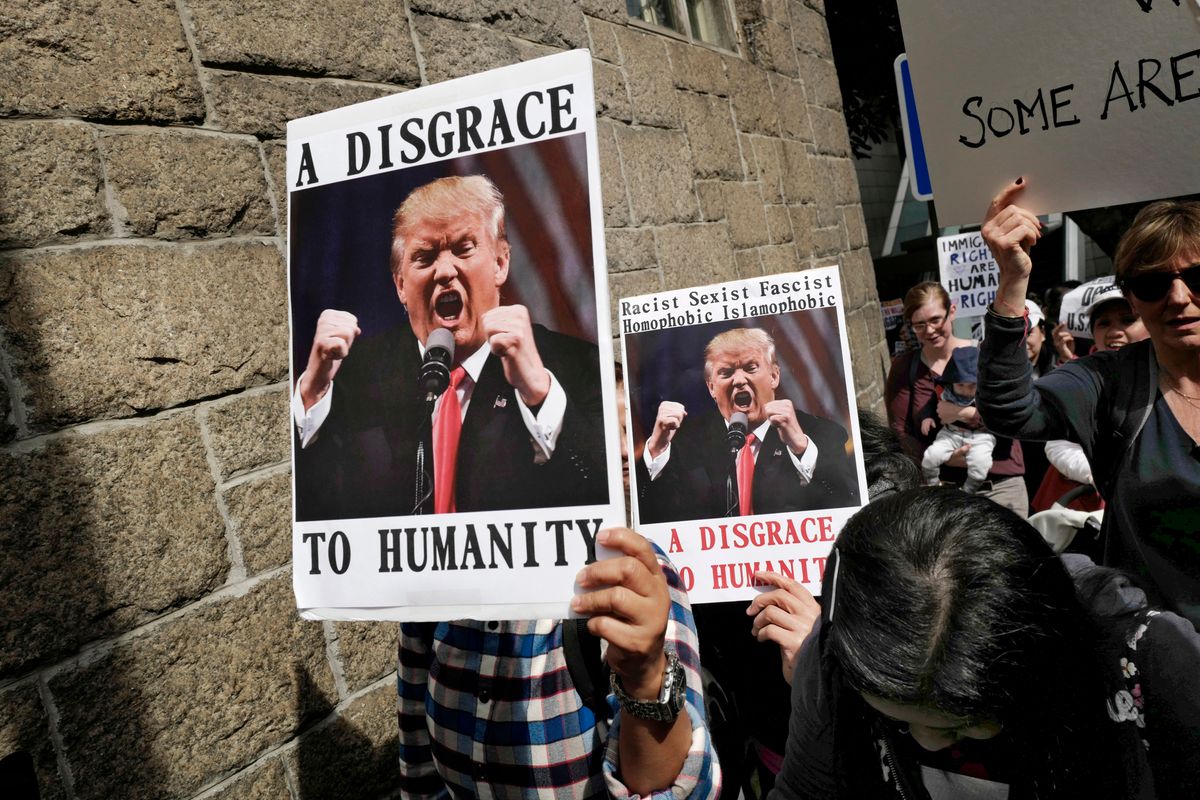 The scandals of the week are taking their toll on Donald Trump's presidency.

A new poll by Morning Consult/POLITICO released on Wednesday found that only 42 percent of Americans approve of Trump's performance as president. By contrast, half of all registered voters disapprove of the job that Trump is doing as president.

By contrast, Trump had a 46 percent approval rating when that poll was taken earlier in May.

Even more sobering for the president is the fact that 38 percent of voters say they "strongly disapprove" of Trump's job performance while only 19 percent strongly approve of it, suggesting that Trump's base is fading in its enthusiasm while the opposition is becoming more intense. Similarly, only 42 percent of the voters who supported Trump over Clinton in the 2016 presidential election say they approve of the job he is doing.

The poll also found that only half of the 84 percent of voters who approve of Trump "strongly approve" of his performance, which is down seven points from what it had been in the previous poll taken (it dropped from 49 percent to 42 percent). Public opinion is also turning against Trump's decision to fire Comey; while initially 35 percent of registered voters felt he was correct in firing Comey and only 33 percent said he should have let Comey stay in office, by the weekend 40 percent of registered voters felt Comey should have been left in office and only 34 percent supported Trump's decision to fire him.

On Wednesday morning, Texas Rep. Al Green, a Democrat, officially called for Trump to be impeached.

Rep. Al Green (D-TX) on the House floor calls for President Trump to be impeached pic.twitter.com/yi1oPizkyI