The most valuable company in the U.S. has received a half-billion dollars in state and local incentives since 2009 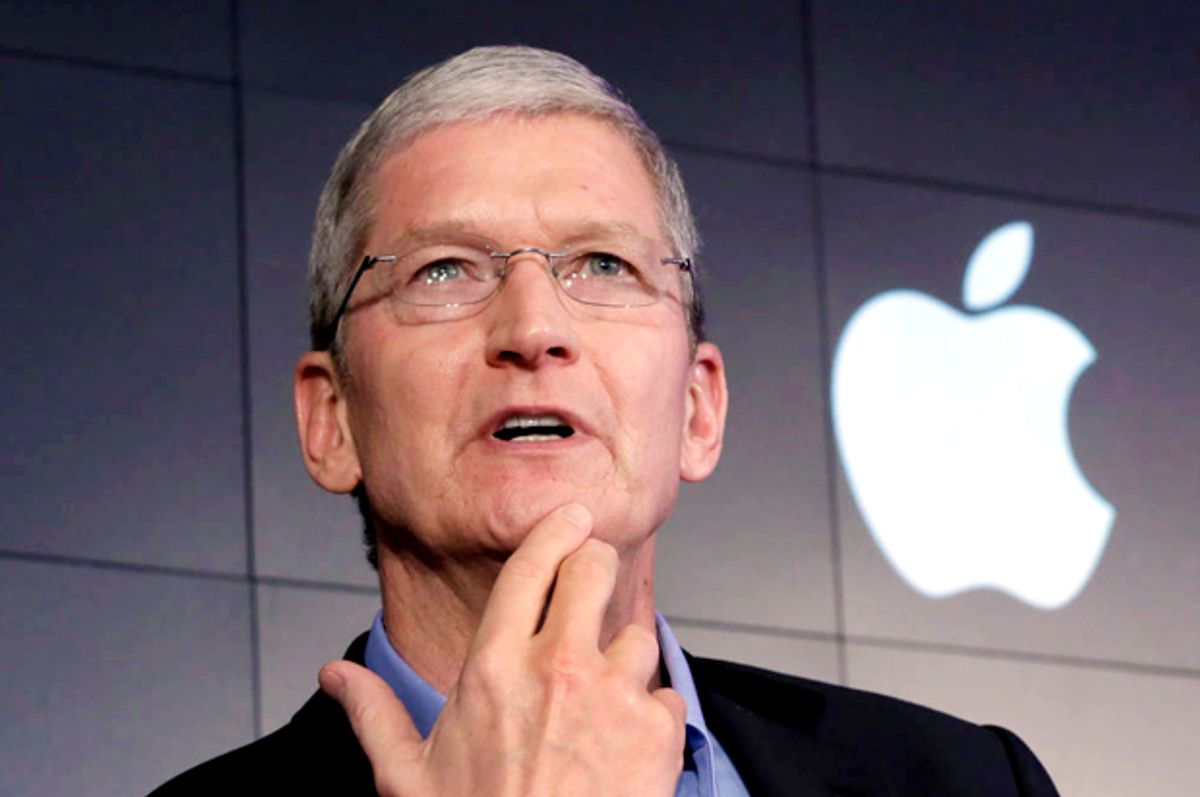 Apple may be the most valuable company in the U.S., but that hasn’t stopped it from collecting hundreds of millions of dollars in public support through state and local economic development tax breaks in recent years.

According to data collected by Good Jobs First, the Washington D.C.-based nonprofit that tracks federal, state and local economic development subsidies, Apple received at least $513 million worth of U.S. tax breaks and other public incentives since 2009. The sum is equivalent to more than half of the $1 billion the maker of iPhones and iPads has pledged to help create advanced manufacturing jobs in the United States. One billion dollars represents 0.4 percent of Apple’s $257 billion cash hoard.

The fund to invest in manufacturing in the United States was announced by Apple CEO Tim Cook in an interview earlier this month on CNBC’s “Mad Money.” The first investment from the fund, announced last week, will provide $200 million to Corning Incorporated, which makes the scratch-resistant Gorilla Glass used on touchscreen devices like the iPhone. The investment will boost research and development at Corning’s 65-year-old facility in Harrodsburg, Kentucky.

Apple’s announcement comes as the White House and Congress are mulling a corporate tax amnesty that would give a one-time steep discount to U.S. companies to repatriate earnings they’re hoarding in low-tax jurisdictions abroad. The tech and pharmaceutical industries have the most to gain from this favorable tax treatment because they have fewer fixed investments (like factories) and more assets held in cash that they could easily repatriate. Apple is among the major tech companies that are holding money overseas waiting for Congress to give them a huge tax break to being the money home.

The last (and only) time this happened, in 2004, companies used most of the money they brought back to the U.S. to buy back shares and dole out dividends – which benefit shareholder returns on investment – instead of reinvesting the money to build factories and create jobs.

Apple claims that its operations support 2 million U.S. jobs with the business it does with about 9,000 U.S. suppliers, including Corning. The company directly employs about 116,000 full-time workers globally, according to its fiscal year 2016 annual report. Many of these employees are low-wage retail workers at the company’s Apple Store outlets.

According to data compiled by Good Jobs First, over the past eight years Apple has benefitted from 11 state and local subsidy deals (including tax credits, tax rebates and grants) since 2009. These deals reduced Apple’s tax burdens as states competed against one another to win its investments.

The largest deal, in 2009, went toward developing a $1 billion, 500,000-square-foot Apple data center in Catawba County, North Carolina. In return for the investment, the state and county governments worked out an arrangement that saved Apple $320.7 million.

The county gave Apple a 50 percent real property tax cut and an 85 percent reduction on personal property taxes through 2019. State lawmakers chipped in by changing the way Apple’s state income tax liability was calculated that provides about $300 million in savings if the data center remains in Catawba County for 30 years.

The North Carolina deal has been by far the biggest, but similar subsidies have been given to lure Apple’s business amounted to an additional $193 million in savings, including an $89 million subsidy deal for a server farm in Reno, Nevada, and $21 million from the state of Texas to grow operations in Austin.

Critics argue that such corporate tax breaks put a greater burden on local public revenue. Companies that set up operations can increase expenditures as local governments must accommodate the added private infrastructure by investing more in extending utilities and roads. Proponents say the long-term effects are a net-positive for the local economy, and that investments generate significant business activity in support of the projects.

Whatever that case may be, one thing is certain: Apple has the money to build its own infrastructure without tax breaks from state and local governments. But as long as states compete against each other, Apple and other big immensely profitable companies are happy pitting American taxpayers against each other in order to reap windfalls of savings for their investors.