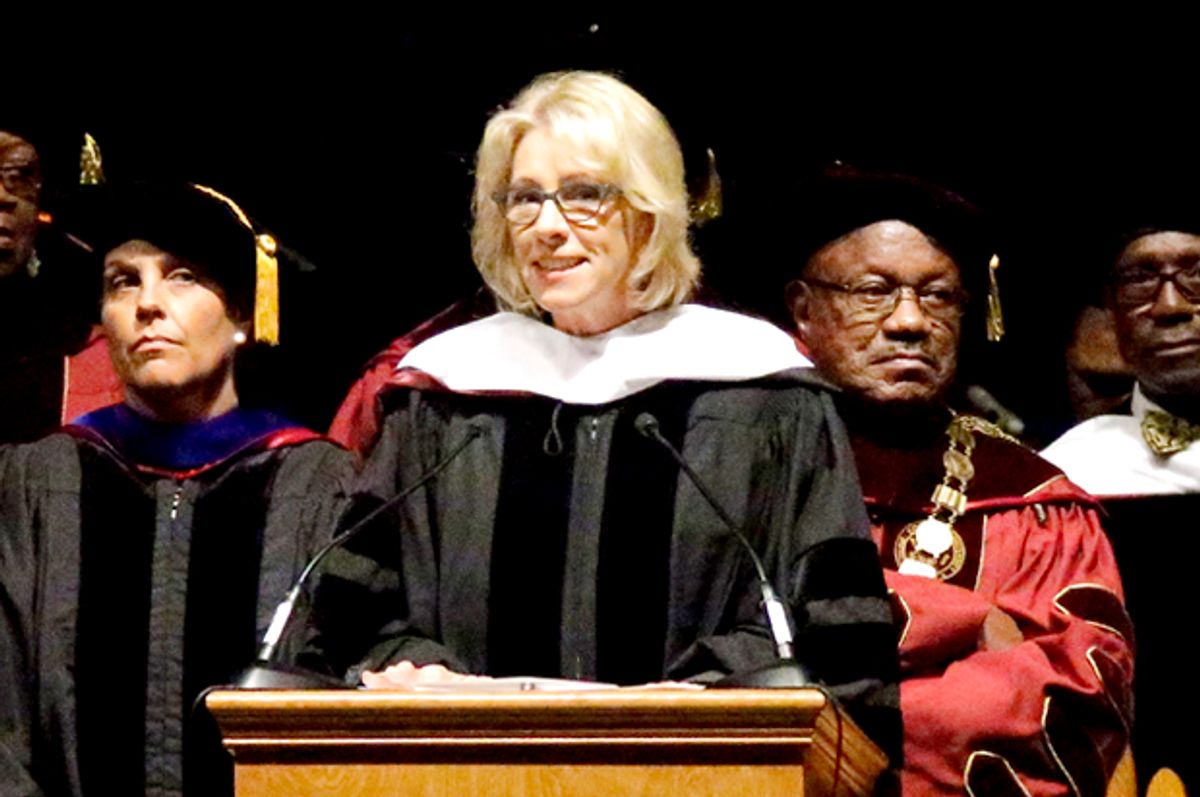 Secretary of Education Betsy DeVos may have needed the vote of Vice President Mike Pence to attain her current position, but if reported budget documents are to be believed, the narrowness by which she confirmed hasn't made President Donald Trump any less bold in pushing for her radical education agenda.

In order to afford its roughly $400 million program in favor of charter schools and school vouchers, the Trump administration wants to drastically reduce funding for college work-study programs and entirely eliminate public school funding that could be used for mental health, advanced coursework and other services, according to a report by The Washington Post. The Trump administration would also eliminate public-service loan forgiveness, all of which is part and parcel of its overall planned $10.6 billion reduction in federal education spending.

This isn't the only time budget documents have revealed that the Trump administration will slash federal budgets as a way of achieving its policy goals. Axios reported on Wednesday that it had viewed budget documents revealing proposed cuts of almost 70 percent to the Energy Department's renewable and energy efficiency program. Just as Trump and DeVos have advocated for increased funding to parochial schools and school vouchers, and can reduce public education spending as a way to achieve that goal, so too has Trump been an outspoken proponent of the energy industry and a harsh critic of pro-environmental regulations and policies.

The Trump administration and DeVos are expected to characterize these spending cuts as an effort to take the federal government out of the education process. As DeVos said in Salt Lake City earlier this month, "It’s time for us to break out of the confines of the federal government’s arcane approach to education. Washington has been in the driver’s seat for over 50 years with very little to show for its efforts."