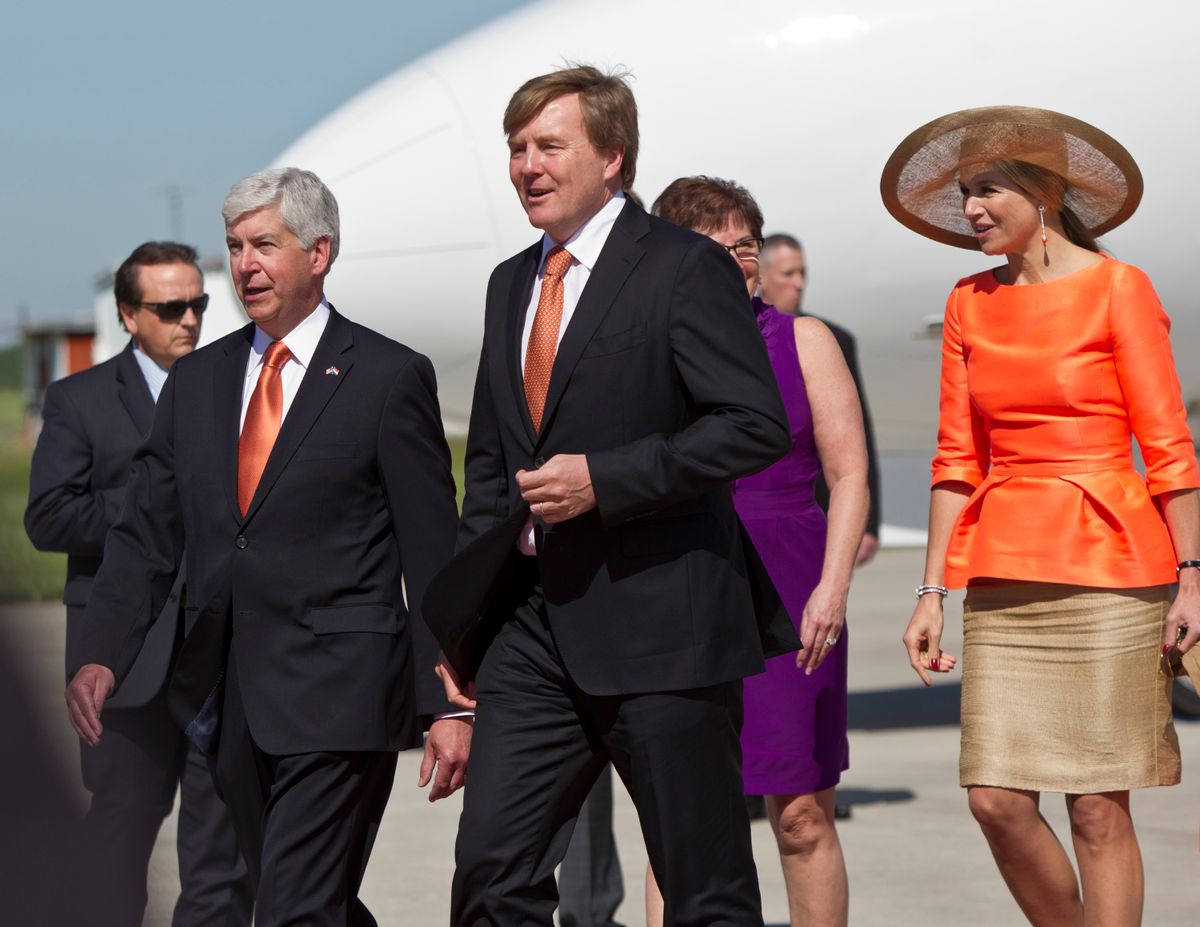 Dutch King Willem-Alexander, center, and Queen Maxima, right, walk near Gov. Rick Snyder after arriving at the Gerald R. Ford International Airport in Grand Rapids, Mich., Tuesday, June 2, 2015. Plans call for a luncheon with Gov. Snyder and visits with local leaders. The king and queen leave Tuesday afternoon for Chicago. The king and his wife are on a multi-day trip to the U.S. (Cory Morse/The Grand Rapids Press via AP) ALL LOCAL TELEVISION OUT; LOCAL TELEVISION INTERNET OUT (AP)
--

The king of the Netherlands revealed that for the past 21 years he has also secretly been living a double life and co-piloting airplanes, The New York Times reported on Wednesday.

Without any passengers aboard being aware, King Willem-Alexander said he has co-piloted smaller flights for commercial Dutch airliner KLM twice a month, for the last 21 years. Alexander, 50, said that the activity was a "hobby" of his and described it as "relaxing" because it would allow him to be slightly removed from his royal duties. "You have an aircraft, passengers and crew. You have responsibility for them. You can't take your problems from the ground into the skies. You can completely disengage and concentrate on something else. That, for me, is the most relaxing part of flying," the king said, according to CNN.

"The advantage is that I can always say I am speaking on behalf of the captain and crew to welcome them on board, so I don't have to say my name," he told the De Telegraaf newspaper, according to Sky News. "But then, most people don't listen anyway."

The airline is in the process of phasing out the Fokker 70 planes which means that in order to keep up his double life Alexander would have to take classes and retrain in order to fly the larger Boeing 737s. However he has no plans to retrain and learn to fly the Boeing 737s because some flights involve an overnight layover and it would prohibit him from getting "back in time to the Netherlands in case of an emergency."