Michael Flynn was an agent working for Turkey. Here's how he helped them as a Trump staffer 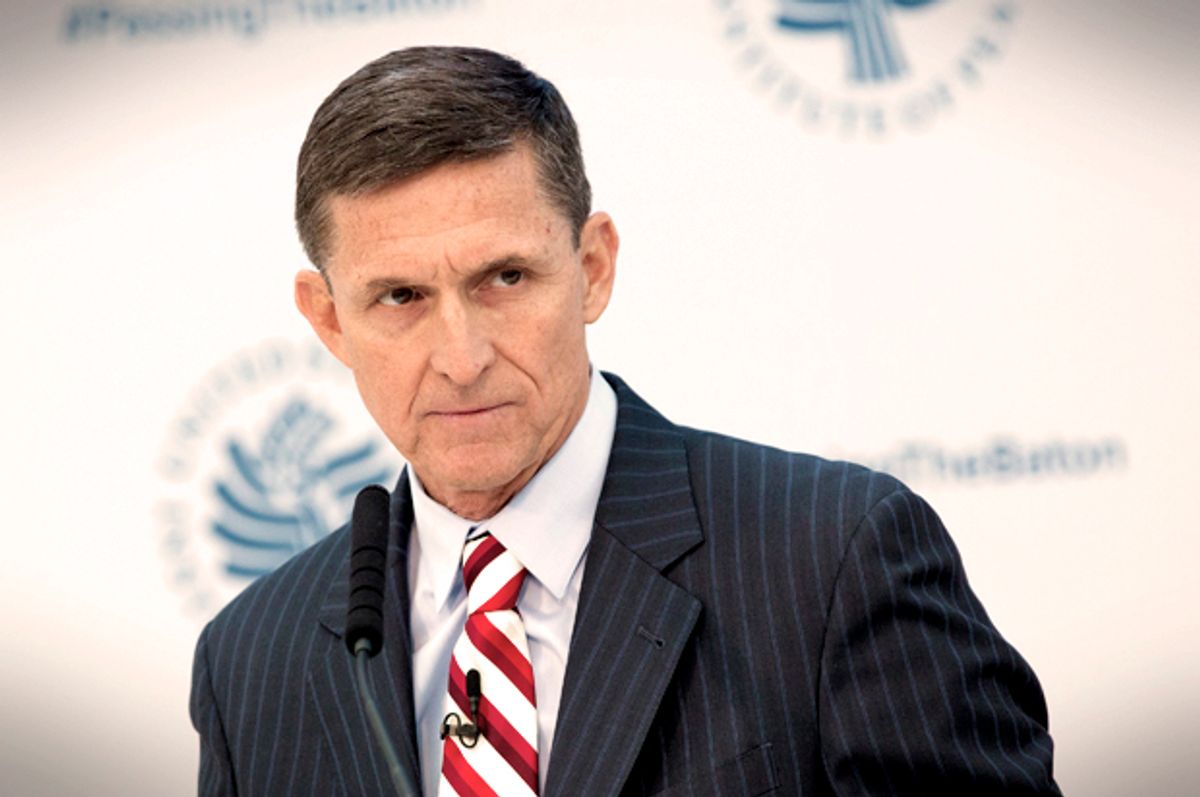 Former national security adviser may have retroactively registered as a foreign agent, but that doesn't make it any less shady that he gave foreign policy advice which happened to align with the interests of his clients while working for President Donald Trump.

Flynn advised the Trump administration against a military operation in the Islamic State's de facto capital of Raqqa because it would have involved America working with Syrian Kurdish forces, which the Turkish government did not want the United States to do, according to a report by McClatchy. Flynn had already been paid more than $500,000 by the Turkish government at the time to represent its interests, even though he was acting in an official capacity as a top foreign policy-maker for the United States when he gave this advice.

It has also been revealed that Flynn informed the Trump transition team on Jan. 4 about the fact that he was under federal investigation for being a secret paid lobbyist for Turkey during the 2016 election, according to a report by The New York Times. The first person to be apprised of this was the transition team's chief lawyer Don McGahn, who currently serves as the White House counsel. This is yet another occasion in which the Trump administration was aware that one of its most important foreign policy figures had been compromised by another government; as is well known by now, they had also been informed by acting attorney general Sally Yates that Flynn had lied about his contacts with Russian Ambassador Sergey Kislyak and was thus vulnerable to being compromised.

During a March interview with Fox News' Bret Baier that will air on Thursday evening, Vice President Mike Pence said that "hearing that story today was the first I herad of it. I fully support the decision that President Trump made to ask for Gen. Flynn's resignation."

.@VP Mike Pence reacts to the latest reports about Gen. Flynn. Tune in to @SpecialReport with @BretBaier for the full interview at 6p ET. pic.twitter.com/Wlf0TBlPrW