Sean Spicer's daily press briefings may be coming to an end: report 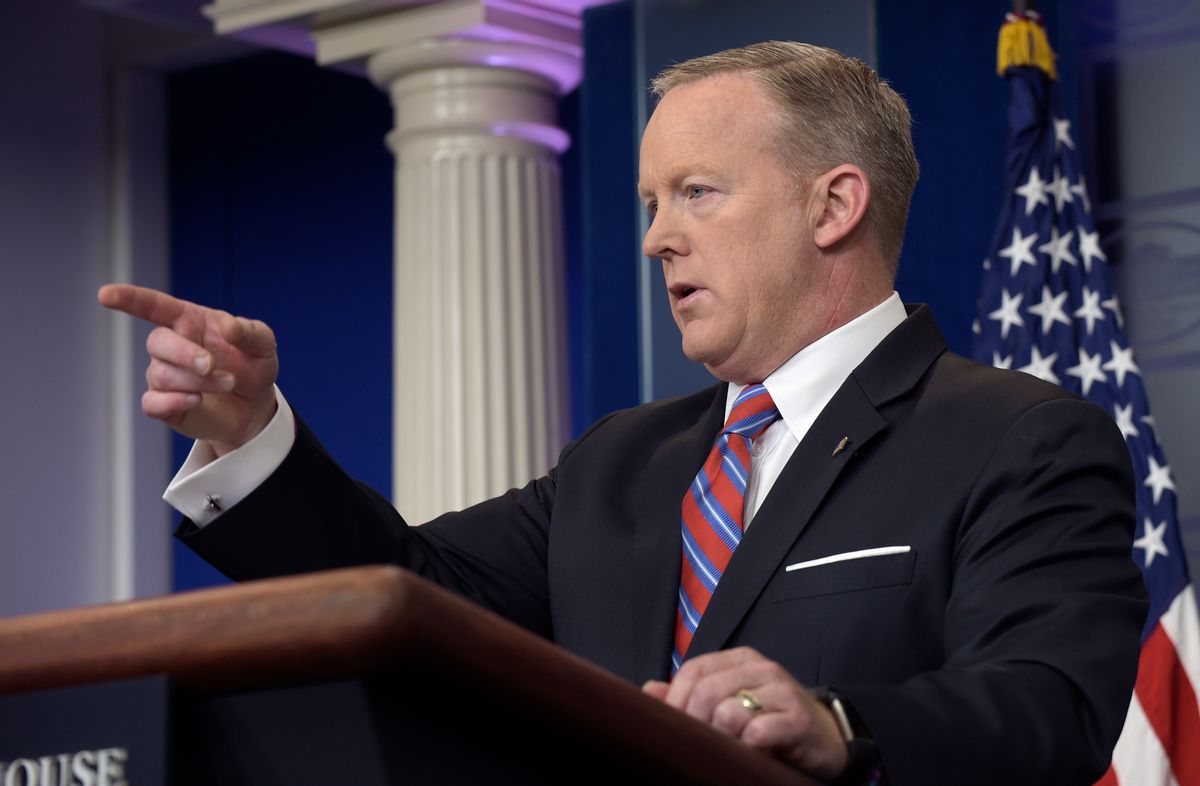 Maybe it was Melissa McCarthy's iconic impression of White House press secretary Sean Spicer after all — but something is causing President Donald Trump to rethink Spicer's television presence, according to a report.

Although Trump once praised Spicer for getting great ratings, the president has begun to blame the press secretary for failing to effectively navigate his White House through a series of devastating scandals, according to a report by Politico. Officials close to the president are saying that Spicer will no longer do a daily on-camera press briefing after the president returns from an upcoming trip overseas.

This isn't to say that Spicer is entirely on the outs. Although deputy press secretary Sarah Huckabee Sanders is expected to replace him as the more common on-camera personality, it is believed that Spicer will retain a senior administration role, even after he has been yanked as the Trump administration's primary TV personality. The press secretary is also reported to have disliked his numerous televised appearances anyway, believing that it is better to rotate a number of individuals to do the briefings rather than primarily assign one person to the task.

What's more, another official said that the Trump administration is planning on reducing its number of televised briefings in general, which reflects a broader dissatisfaction with his communications team on the president's part.

In related news, Trump is reported to be "furious" that Fox News host Kimberly Guilfoyle has openly sought Spicer's job. One insider told the Washington Examiner that Trump "gets angry every time he sees those stories. He believes that she is using him to better her own situation. He's furious."